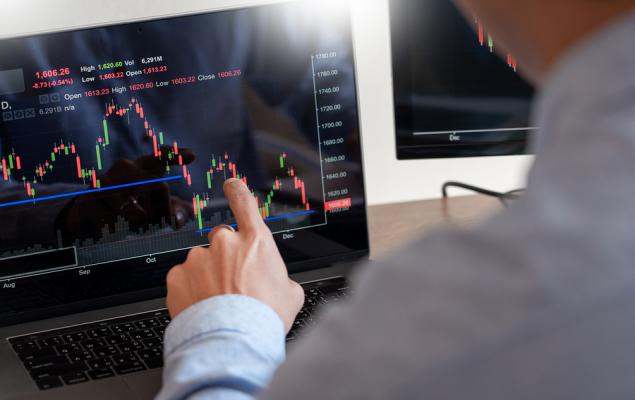 Most options traders design their positions based on their outlook for the future and expect to hold their options until either they decide to close the trade or the options expire.

Early exercise can often throw a wrench in these plans, and the reasons why it happens can be confusing. As long as you’re prepared for it however, it doesn’t have to ruin your chances for a profitable trade. Sometimes, it can even allow you an opportunity to squeeze out additional gains.

I’m going to split this into several segments, so that I can explain each scenario in detail.

Here’s some basic terminology. The owner of an American-style option has the right to exercise it any time between the settlement of the original trade and expiration. I’m going to refer to making that choice as just that – “exercise.”

The seller of an option has the obligation to sell (call) or buy (put) the underlying security if the owner exercises it. I’m going to refer to that situation as “assignment” or “being assigned.”

(Incidentally, when the owner of an option submits an intention to exercise it, it’s not necessarily the original seller that is assigned. Both parties may have traded into and out of the position multiple times before that event. The Options Clearing Corporation (OCC) randomly picks one holder of a short contract to assign.)

Barring a major mistake, only options that are in the money are exercised. No rational party would ever choose to buy stock above the current market price or sell it lower.

With the major indices all up significantly since the March lows and many individual stocks up 100% or more, there’s a lot of open interest in calls that were at or out of-the-money when they were first traded but are now deeply in-the-money. Let’s look at one common situation that you might experience with regard to assignment.

Let’s say that back in July when shares of Tesla (TSLA - Free Report) were trading around $200, you were bullish and decided to by a vertical call spread that offered the opportunity to triple your investment and involved a maximum loss of the premium you invested. Knowing that it might be a while before your bull-case scenario played out, you chose December options with five months remaining to expiration and you bought the 250-300 bull call spread for a total net premium of $15.

Congratulations, that was a great trade! Tesla shares rocketed up during the last four months, including a sensational 20% rally just this week after the announcement that the company would be added to the S&P 500 index later in the year. With Tesla shares now trading north of $500, your bull call spread is worth $50 – the full distance between the strikes. At expiration, you’ll buy 100 shares for $250 and sell 100 shares for $300. That’s $5,000 – minus the $1,500 you spent.

But you’re also short a deeply in the money, 300 strike call that could potentially be assigned to you. What would you do in that situation?

The short answer is that you should do absolutely nothing.  The reason is that Tesla doesn’t pay a dividend. If someone chooses to exercise the call and you’re lucky enough to be assigned, they gave you a riskless profit.

Instead of a vertical spread that’s extremely likely – but not guaranteed – to be worth $50, if you’re assigned on the 300 call, your position is now definitely worth at least $50, and with absolutely zero risk.

First, after assignment, you’ll have a credit in your account of $30,000 from the proceeds of the stock sale. You get to earn interest on that until expiration when you buy the shares back by exercising the 250 call. In today’s rock-bottom interest rate environment, that’s not going to amount to much, but it’s also not zero. During periods when short term rates are 3-5%, the interest income becomes meaningful.

Next, though it’s extremely unlikely that Tesla will reverse recent gains and have its value cut in half over the next month, you’ll actually make some extra money if it does. Remember that owning the 250 call gives you the option to buy the shares there, but you don’t have to. So that’s the absolute highest price you’ll pay. If you can buy Tesla cheaper in the market, you’ll do that instead and decline to exercise the call, increasing your profits.

Owning the 250 call and being short 100 shares of stock has the same p/l profile as owning the 250 put. If the stock goes below 250, you start making money. Right now, that 250 put is trading around $0.75. If you wanted to tack another $75 onto your profits, you could sell it now. More likely, if there was a significant decline in Tesla shares - even if they didn’t get below $250 – you might be able to sell that put for something more significant - $5, $10 or more. Because you acquired it for free, any premium you could get for it is pure profit.

You might have surmised that it’s never advantageous to exercise a call – and you’re mostly correct. The only exceptions are when being short shares of the underlying involves an additional cost. There are two times when this is true.

The first is when the stock is about to pay a dividend.

Using the above example, if Tesla paid a $2 quarterly dividend with an ex-date before expiration and you were assigned on that 300 call the day before, you’d have to pay $2/share in cash on your short stock position, reducing your profit on the trade to $33. But if you exercise the 250 call at the same time, you preserve the entire $35.

So if you have positions in in-the-money calls, familiarize yourself with when dividends are paid. The basic formula is simple, if the dividend is larger than the value of the put on that strike, you should exercise the calls before the ex-dividend date. Assuming that the rest of the market will act rationally, you can also expect to be assigned on any short calls based on the same calculation.

The other situation when it makes sense to exercise a call is when the underlying shares are “hard-to-borrow” and your brokerage firm charges you for holding a short position. This is rare in large-cap liquid securities, but fairly common in the small, high-flying newer stocks. If you have to pay to be short the shares, you’ll want to exercise those long 250 calls. Again, the calculation is that if the amount you’ll pay to maintain the short position until expiration is greater than the value of the 250 put, you should exercise, lock in your 35 bucks and move on.

As always, please let me know if you have any questions or comments at dborun@zacks.com