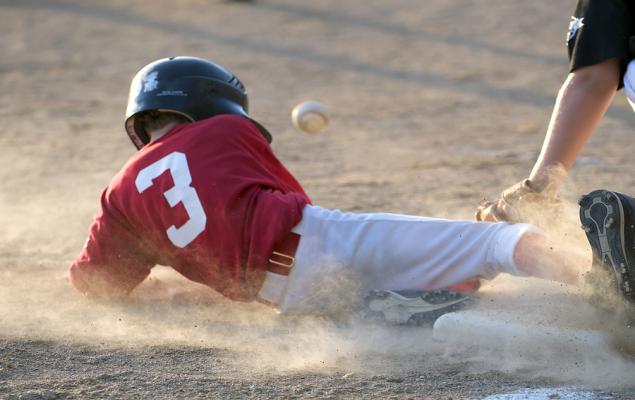 Tomorrow is “Quadruple Witching” in the derivatives markets. For a very long time – the past ten years or more – I would have told you that it’s an archaic idea that the media rolls out once a quarter for an eye-catching headline, but that it shouldn’t affect your trading behavior.

In 1982, the Chicago Mercantile Exchange  - now the CME Group (CME - Free Report) – introduced cash-settled futures on the S&P 500 Index. Traders and investors could use a futures contract to speculate on or hedge against movements in the broad basket of large-cap stocks with a single trade.

The product was so successful that the Chicago Board Options Exchange – now CBOE Global Markets (CBOE - Free Report) – added European style SPX options the next year and the CME added futures-settled options on their own popular futures contracts.

The mechanics of those products meant that for eight months of the year, those contracts settled at different time and on different days. During the “quarterly” expirations in March. June, September and December however, stock futures, options and options on individual stocks all expired within a few minutes of each other.

Because of the propensity for the near-simultaneous expirations to cause price volatility in stocks, the event came to be known as “triple witching” and traders came to anticipate that those four days each year would include big moves in stocks.

The euphemism became “quadruple witching” in many circles after the adoption of single-stock futures, though in actuality, several more index derivatives products – including many that that only trade electronically - have been introduced over the last 20 years. That means that the quarterly expiration now includes nearly countless interconnected contracts that expire on the same day.

From experience, I can tell you that when I started trading in the 1990’s, “triple witching” was a big event, worthy of making sure you got in a good night’s sleep before the quarterly expiration day. Due to the interconnectedness of the contracts, when one price changed, others would either have to change instantly or there would be risk-free arbitrage opportunities in the futures and options markets. Making those calculations in your head, on-the-fly, was a significant challenge, but the chances of being the first to recognize opportunity and capitalize on it often made it more than worth the effort.

Electronic trading has mostly made the expectation of volatility during “triple” or “quadruple” witching a thing of the past. Trading algorithms can make calculations billions or even trillions of times faster than the human brain and pricing dislocations that used to be observable by traders are now gone in tiny fractions of a second.

This is a positive development for the markets as a whole. The bid/ask spreads you’re likely to encounter on stocks, options and futures are tighter that they’ve ever been, reducing the “friction” of trading for individuals and institutions alike. That also means that the chances of a big, unexpected move due to the expiration mechanics are much lower than they were in the early days of stock and index derivatives.

With the possible exception of tomorrow...

The wild-card is the inclusion of Tesla (TSLA - Free Report) into the S&P 500 starting on Monday, which could mean big moves not only in that stock, but in the index as a whole on Friday. Tesla will join the index with a weight of 1.5% or more – the largest in history for a new addition.

Managers of the funds that seek to replicate the exact risk and return of the S&P 500 as closely as possible most likely need to buy Tesla shares as close as possible to Friday’s closing price. They’ll also need to sell an equivalent dollar value of the rest of the stocks in the index. The volume near the close of trading is likely to be large.

Managers whose performance is merely benchmarked to the S&P have more latitude about the timing of those buys. It’s not clear whether the buying momentum that sent Tesla up by more than 50% since the announcement about index inclusion is the institutional managers with discretion attempting to get in front of the index-inclusion run-up, or if it’s mostly individuals and opportunistic institutional traders trying to position themselves with long Tesla shares in the hopes that they can unload them tomorrow at even higher prices - by selling to those who will have no choice but to buy them at any price.

If that’s true and the speculators are correct, they might make a killing. If they’re wrong and no natural buying event occurs, there could be a major stampede to the exits.

With both the S&P and Tesla near all-time highs, it seems that there’s a possibility of huge moves tomorrow. Tesla options are very expensive. The stock closed at $655/share on Thursday and the at-the-money straddle that expires tomorrow closed above $40. Options traders are expecting a move of more than $40 in just the single session. You’d have to bet $4,000 per spread if you think tomorrow's move might be larger than that.

Conversely, the S&P Depository Receipts ETF (SPY - Free Report) closed at $372.19/share on Thursday and the 370 strike straddle that expires tomorrow could be bought at less than $3. Those ETF shares moved more than $2 today and tomorrow could easily bring a bigger move.

This seems to me to be a great opportunity to hit a single. If you bet on a big move in Tesla, you have to risk $4,000 and there’s at least some chance you lose most or all of it. On the other hand, you can risk $270 in the SPY straddle, most likely get at least some of it back, and still preserve the chances that if something really weird happens, you’ll make money in either direction.

When I’m watching baseball, I love seeing home runs. When I’m trading options, I just want to get on base as often as possible.

In what promises to be one of the most unique expiration events in recent memory, index options are probably a better way to get some profit opportunity with minimal risk of striking out...or getting thrown out reaching for that extra base.