The market just completed a strong 2020 despite a pandemic that shutdown the whole globe. It finished the year right around new highs and is continuing to climb here in the early days of 2021. And this is before the vaccines really take hold!

It's good time to get involved with companies on their way up, because they’re probably going to continue moving higher for the time being. The Zacks #1 Rank Uptrends screen will help you do just that.

It seeks out Zacks Rank #1s (Strong Buys) with upward price momentum and market-beating relative price strength. These stocks are also trading in the top third of their 52-week price range… and have even further to go.

Below are three stocks that recently passed this screen’s test:

Cleveland-Cliffs (CLF - Free Report) wasn’t just sitting around and twiddling its steel-making thumbs while the economy was frozen by the coronavirus. The company sprung into action because it saw “opportunity when others were paralyzed”. It prepared its inventories and plants to be ready once its clients were back in business, especially the automotive industry (its main market).

The result was a solid fiscal third quarter performance with an adjusted profit of four cents per share when the Zacks Consensus Estimate was looking for a loss of 18 cents. The positive surprise of more than 122% marked CLF’s seventh straight quarter that beat expectations and the second triple-digit beat in the past three.

Total revenue soared almost 200% to $1.6 billion from last year’s $556 million. Sales started slow in the quarter, but shipment rates normalized to prior-year levels by September that to CLF’s preparation and free cash flow.

Shares of the company soared approximately 380% in 2020 off the coronavirus low in late March. The Zacks Consensus Estimate for this fiscal year is at a loss of 31 cents, but that has narrowed from losses of 46 cents a month ago and 61 cents from three months back.

Last month, CLF completed its acquisition of ArcelorMittal USA LLC and its subsidiaries to become the largest flat-rolled steel producer in North America. Last March, the company completed its acquisition of AK Steel. That’s a lot of activity during an unprecedented pandemic and puts the company in a great position to benefit from what will hopefully be an equally unprecedented recovery once the vaccines are really unleashed.

CLF is the largest producer of iron ore pellets in North America. Its U.S. based mines have a rated capacity of 27.4 million long tons of iron ore pellet production annually, representing about 55% of the total U.S. pellet production capacity. Currently, the company has two reportable segments — Mining and Pelletizing (earlier known as U.S. Iron Ore) and Steel and Manufacturing. 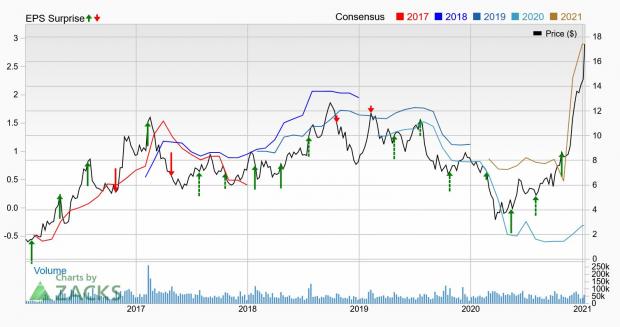 The manufacturing – farm equipment space begins 2021 in the Top 4% of the Zacks Industry Rank, which probably has a lot to do with expectations for double-digit sales growth at Deere & Company (DE - Free Report) this year.

This agricultural and construction equipment staple is the big name in this space when it comes to size, historical performance, brand awareness and country song lyrics. DE is expected to benefit from improving farm prospects in the new year, along with stabilization in the construction and forestry markets.

It has beaten the Zacks Consensus Estimate for five straight quarters now with an average surprise of more than 52% over the past four. Earnings for the fiscal fourth quarter came to $2.39, which topped expectations by a healthy 66%.

Revenues of $9.73 billion were still down year over year as they have been for the past several quarters, but those declines have been narrowing the whole time. Most importantly though, DE offered an optimistic outlook for fiscal 2021, which continues to be rare during this pandemic.

It sees net income between $3.6 billion and $4 billion. Plus, equipment sales for the Agriculture & Turf segment are expected to rise 10% to 15%. And even the Construction & Forestry part should see equipment sales rise 5% to 10%.

Shares of DE ended 2020 up by 146% from the coronavirus low on March 23. The company has long been focused on revolutionizing agriculture technology, and a more cooperative environment should help it make new leaps in automation, precision agriculture and other innovations. It reports again on Feb 19. 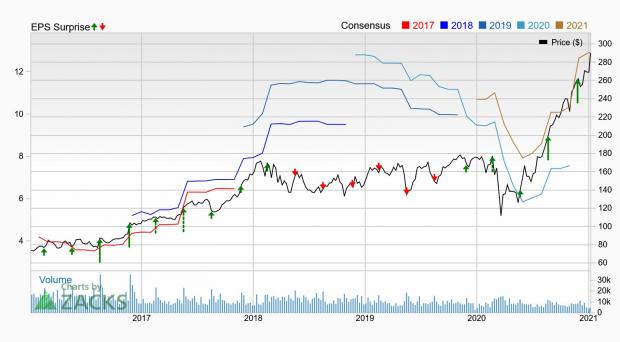 A pandemic is no reason to deprive oneself of the finer things in life (if you can afford it), especially if those things are keeping you sane in insane times. With people stuck in their homes, a handbag from Kate Spade, an accessory from Coach or a pair of boots from Stuart Weitzman may be just what’s needed to get you through another day.

That’s a big reason why Tapestry (TPR - Free Report) had such a strong fiscal first quarter report and jumped nearly 200% off the coronavirus low from late March.

TPR, which was formerly known as Coach, reported 58 cents in its fiscal first quarter, which was 163.64% better than the Zacks Consensus Estimate. It was also ahead of last year’s 40 cents and marked the fourth beat in the past five quarters.

Revenue of $1.17 billion was down year over year (which is to be expected in challenging circumstances), but it continued beating expectations by climbing more than 9% over the Zacks Consensus Estimate. TPR enjoyed strong profit growth for all its brands.

If a retailer is surviving – even thriving – these days, it must be doing well online. And TPR is no exception. This quarter was its second straight with triple-digit e-commerce growth. It represented about a quarter of total revenue.

Another major factor was double-digit year-over-year growth in China. In fact, Coach is now the top-ranked handbag brand on Tmall, the country’s largest B2C e-commerce platform.

These success are being attributed to its “Acceleration Program”, which involves multi-year initiatives to drive revenue growth, gross margin expansion and operating leverage across the portfolio. So far, so good! 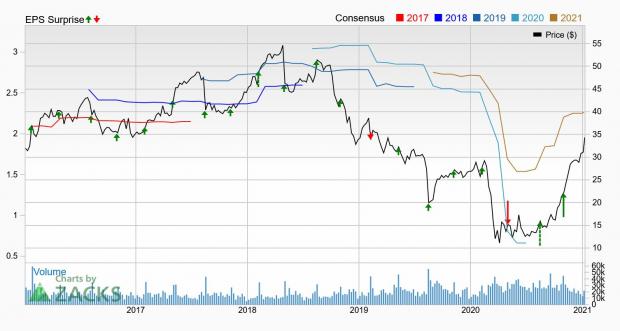 3 Stocks To Watch Amid Cybersecurity Rally