Today’s Bull of the Day is a great example of how the Zacks Rank can provide an idea for a trade that might not be obvious, but makes intuitive sense once you really consider it. Rising earnings estimates can be a clue that something good is afoot in a given industry before the broader markets recognize it.

By now, it’s a well-worn story that the housing industry has been one of the lucky beneficiaries of a year of Covid-19 restrictions. Housing prices have been steadily rising in most areas as Americans seek to carve out a space for themselves and their families. The work-from-home movement looks likely to continue well past the end of the pandemic as employees ditch their commutes and employers ditch their expensive commercial leases.

Millennials who famously eschewed purchasing real estate in the past in favor of the freedom of rentals are now marrying, starting families and settling down in their own homes.

New home construction and remodeling are booming. Homeowners report months-long waits for a contractor, sometimes just to get an estimate or get plans and contracts drawn up. Savvy investors will remember the old adage about how the most profitable enterprise during the gold rush wasn’t mining - it was selling shovels.

Well Makita Corp (MKTAY - Free Report) doesn't make shovels, but they make just about every other power tool used in home construction and remodeling. Widely available at home improvement and big box stores, Makita tools are popular with professionals and the DIY crowd alike, prized for value and durability.

In many trades, Makita’s popular line of rotary angle grinders is synonymous with the entire category, enjoying the same type of brand recognition as household names like Kleenex and Q-Tip. If a contractor says he’s going to “use the Mikita,” he probably means the angle grinder - a workhorse tool with dozens of different wheels for cutting, sanding, shaping or polishing almost any material. 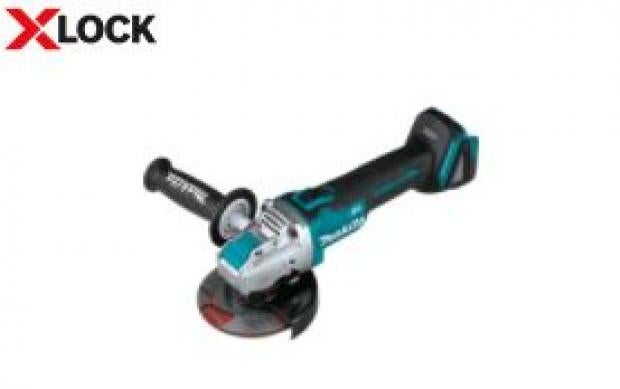 Checks are currently going out for the most recent round of fiscal stimulus and there’s a good chance a lot of that money will find its way to the home improvement and construction markets.

It’s also not a surprise that Makita has seen earnings estimates rising lately. While heavy equipment manufacturers like Caterpillar (CAT) and Deere (DE) often get the lion’s share of attention during boom times, small tools sell just as well - or even better. Makita has been turning in one earnings beat after another, yet the share price hasn’t responded yet and is actually lower since the last report, during which net earnings beat the Zacks Consensus Estimate by more than 60%.


With a lower forward P/E Ratio than the handheld tools subindustry, rising estimates and coming off a big earnings beat, there’s no obvious reason for Makita to be underperforming its peers, yet that’s what has happened so far in 2021.

That market oversight can be your gain.

More Stock News: This Is Bigger than the iPhone!
It could become the mother of all technological revolutions. Apple sold a mere 1 billion iPhones in 10 years but a new breakthrough is expected to generate more than 77 billion devices by 2025, creating a $1.3 trillion market.