If we have the nerve to call a screen the “Best of the Best”, then you know it has to include two of the most powerful tools for investors. The Zacks Rank is, of course, one of them since it harnesses the power of earnings estimates.

But on top of that, this screen adds a high VGM Score (top rated Value, Growth & Momentum styles), which can take your portfolio to even greater heights. The name of the screen is Best of the Best: VGM As with Zacks #1 Rank.

Below are three stocks that recently passed this screen:

Who would’ve thought that a once-in-a-lifetime pandemic would be the perfect time to buy a house? You’d think that this is a time to batten down the hatches and save absolutely every penny to be ready for an unpredictable future. But no! For a lot of people, it’s an opportunity to make the single biggest investment in their lives. Go figure!

That’s what happens when the Fed takes a super accommodative stance with no plans of tightening for years to come. Millions of people are out there looking for their piece of the American Dream… and Lennar Corporation (LEN - Free Report) is more than happy to help them find it.

It’s one of the country’s leading homebuilders, which means the company is part of a space in the top 17% of the Zacks Industry Rank. Shares have soared more than 160% over the past 12 months and about 35% so far this year. And LEN has now beaten earnings estimates for eight consecutive quarters.

The combination that’s making this all possible is declining mortgage rates (thanks to Fed policy) AND low inventory levels. In other words, lots of demand with inadequate supply. Its no wonder that LEN and its industry is seeing such robust housing fundamentals.

Last month, LEN reported earnings per share of $2.04 for its fiscal first quarter, which beat expectations by more than 23% while also improving from the prior year’s $1.27. Revenue of $5.3 billion exceeded the Zacks Consensus Estimate by nearly 5% and improved from $4.5 billion year over year.

The Zacks Consensus Estimate for this fiscal year (ending November 2021) has jumped more than 17% over the past month to $10.98. Expectations for next year (ending November 2022) are up 10% in that time to $10.99. There’s not much growth expected year over year at the moment, but don’t forget that the Fed promises to keep rates historically low for the foreseeable future. So don’t be surprised if analysts revise higher in the months ahead. 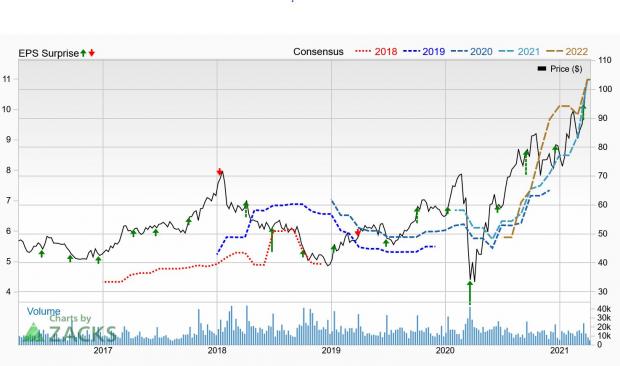 Or maybe living on a foundation isn’t your thing. Perhaps you’d rather be on a few wheels, leaving nosy neighbors and property taxes behind. If you’re more of a road warrior (at least on the weekends), then you need to see Camping World Holdings (CWH - Free Report) .

This Zacks Rank #1 (Strong Buy) is the country’s largest retailer of RVs and related products and services, which means it’s one of the few companies that was situated perfectly for the pandemic. Sitting in a crowded airplane wasn’t a good idea during the worst of covid, but cruising down the highway with only your closest family and friends kept vacationing alive!

It’s easy to see why shares of CWH have soared more than 550% in the past 12 months, including more than 43% year-to date. The company was routinely missing the Zacks Consensus Estimate before we started shutting things down, but it has now put together four straight quarters of positive surprises with an average beat of over 103%!

Most recently, CWH reported fourth quarter earnings per share of 48 cents, which doubled our expectations. Furthermore, revenue of $1.1 billion improved 17.5% year over year.

The Zacks Consensus Estimate for this year has soared more than 50% over the past 60 days to $4.41. Of course, most people are wondering what next year will be like for CWH, especially if the pandemic is history and things have returned to some sort of normal.

It’s true that the Zacks Consensus Estimate for 2022 is slightly below the current year at $4.35, which may give investors pause as things are about to change in the near future. On the other hand though, that outlook has soared by more than 77% in two months.

That’s pretty good for a company that some investors fear will be facing headwinds in the months ahead. Perhaps like ecommerce and working from home, investors feel that the benefits of RVing will last beyond the pandemic. 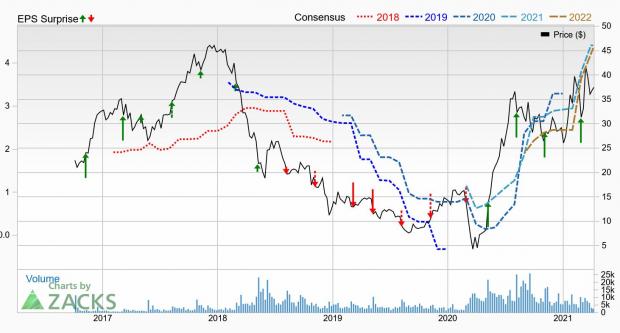 Earnings season can often be an unpredictable and downright nerve-wracking time for companies and their investors. However, when you’ve beaten the Zacks Consensus Estimate quarter after quarter stretching back several years… it’s a bit easier to take.

Such is the case for Evercore (EVR - Free Report) , a premier global independent investment banking advisory firm that has been beating expectations for nearly five years now. In fact, its average surprise over the past four quarters is more than 96% after triple-digit beats in each of the past two.

The company operates through two segments, but the biggie is Investment Banking (98% of net revenues in 2020). The Investment Management segment makes up the other 2%. As part of the financial – investment bank space, EVR is in the top 6% of the Zacks Industry Rank. Shares have soared more than 180% over the past 12 months, including more than 25% year to date.

Since banks are first to the plate, EVR is scheduled to report on April 28. That may seem like a ways off, but its very early in earnings season. The company has a lot to live up to.

In the fourth quarter, EVR reported adjusted earnings per share of $5.67, which improved 108% from the previous year and topped the Zacks Consensus Estimate by nearly 150%. Revenue of $927.3 million improved year over year and beat our expectations as well.

Over the past thirty days, the Zacks Consensus Estimate for this year has climbed 4.7% to $9.95. Expectations for next year are up 5.4% in that time to $10.99, which suggests year-over-year improvement of about 10%. Let’s see how analysts respond after its next report later this month. 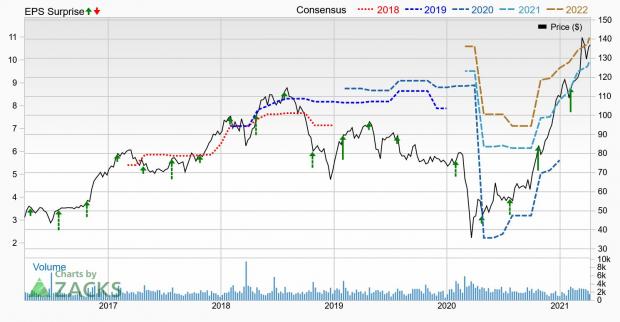 If you’re looking for big gains, there couldn’t be a better time to get in on a young industry primed to skyrocket from $17.7 billion back in 2019 to an expected $73.6 billion by 2027. After a clean sweep of 6 election referendums in 5 states, pot is now legal in 36 states plus D.C. Federal legalization is expected soon and that could be a still greater bonanza for investors. Even before the latest wave of legalization, Zacks Investment Research has recommended pot stocks that have shot up as high as +285.9% You’re invited to check out Zacks’ Marijuana Moneymakers: An Investor’s Guide. It features a timely Watch List of pot stocks and ETFs with exceptional growth potential.