3 Stocks to Watch From the Prospering Entertainment Industry

The Zacks Film and Television Production and Distribution industry is benefiting from a spike in demand for digital entertainment fueled by capacity and operational limitations in movie theaters, theme parks and cruise lines and continued restrictions on travel. Moreover, increased consumption of media, music and news due to the pandemic-induced lockdowns and shelter-at-home guidelines has been a key catalyst for industry participants like Warner Music Group (WMG - Free Report) , News Corporation (NWSA - Free Report) and CuriositySteam (CURI - Free Report) .

The Zacks Film and Television Production and Distribution industry comprises companies involved in film and TV production, distribution and exhibition like ViacomCBS . The main activities of the industry participants include production and distribution of entertainment content to theaters, TV networks, video-on-demand platforms, streaming services and other exhibitors. Industry participants like Imax (IMAX - Free Report) offers entertainment technology, and specialize in motion picture technologies and presentations. Another company, Lionsgate produces and distributes motion pictures for theatrical and straight-to-video release besides TV programming. These players are heavily dependent on box-office performance of their films, both domestically and internationally, the number of film releases and ratings of TV shows.

3 Film and Television Production Industry Trends to Watch Out For

Over-the-Top Services Gaining Prominence: Companies involved in content creation are looking to distribute content through over-the-top services to leverage the popularity of their franchises. With this, they are looking to provide exclusive content and a differentiated experience. However, streaming companies like Netflix (NFLX - Free Report) and Disney are increasingly producing original and award-winning feed to reduce licensing costs and excessive dependence on third-party content providers. This is likely to hurt industry participants’ content distribution strategy.

Binge-Watching Driving Consumption: Factors such as binge watching, deepening Internet penetration and advancement in mobile, video, and wireless technologies got viewers glued to small screens. In order to keep pace with new consumption patterns, industry participants are turning to digital content distribution. Emergence of digital capabilities is making consumer data easily available to companies. With the use of AI tools, production houses are gaining a better understanding of user preference. This is helping them produce content that strikes a chord with viewers. However, increasing spending on content and sales & marketing is hurting profitability due to stiff competition from streaming players like Netflix.

Technological Advancement Aids Prospects: Exhibitors are turning to highly efficient and cost-effective technologies like laser-based projection systems to enhance image quality and the entire movie experience. Additionally, the use of technologies like motion seating, immersive audio systems and interactive movies among others is expected to enhance the viewing experience. Increasing adoption of AR and VR technologies bodes well for industry participants. However, evolution of alternative motion picture distribution channels such as home video, pay-per-view, streaming services, video-on-demand, Internet and syndicated and broadcast television is hurting exhibitors.

The Zacks Film and Television Production and Distribution industry is housed within the broader Zacks Consumer Discretionary sector. It carries a Zacks Industry Rank #122, which places it in the top 48% of more than 250 Zacks industries.

The stocks in this industry have collectively gained 46.2% compared with the S&P 500’s rise of 38.2% and the Zacks Consumer Discretionary sector’s rally of 27.9% over the same time frame. 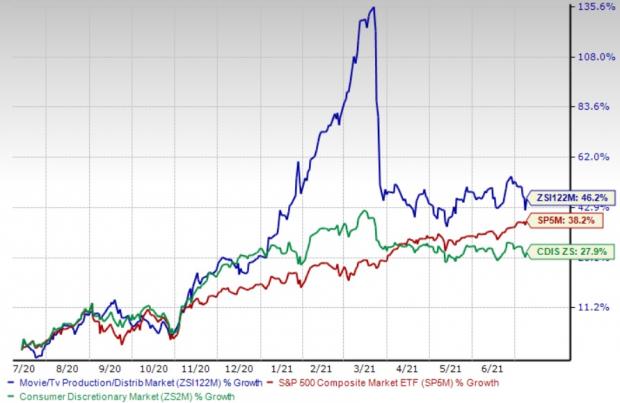 On the basis of the trailing 12-month price-to-sales ratio (P/S), a commonly used multiple for valuing Film and Television Production and Distribution stocks, the industry is currently trading at 1.39X compared with the S&P 500’s 5.39X and the sector’s 3.39X.

Over the past five years, the industry has traded as high as 2.25X and as low as 0.55X, recording a median of 1.14X as the charts below show.

Two alliances with Genies and Wave show Warner is moving faster and deeper into digital frontier opportunities to develop virtual performances, experiences and monetization opportunities for its global roster. This includes exploring new forms of ticketing, sponsorship and in-show interactions.

Moreover, continued investments in international markets is expected to aid the top line. In the fiscal second quarter, the company signed a multiyear licensing agreement and created a new joint venture label with Tencent Music. In Russia, Warner Music Group has retained its #1 market share position through the acquisition of Zhara Music, now rebranded as Atlantic Records Russia. In the Middle East, the company announced investment and partnership with Rotana, the leading independent music label in the Arab world.

The Zacks Consensus Estimate for fiscal 2021 earnings has remained steady at 70 cents per share over the past 30 days. Warner Music’s shares have declined 1.9% year to date. 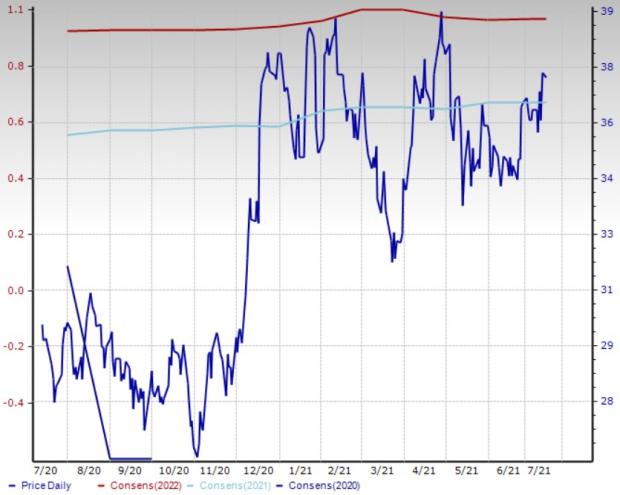 CuriosityStream: The company features more than 3,000 titles including over 900 exclusive originals and has embarked on an original production and content acquisition plan that it projects will achieve a streaming library of more than 11,000 premium factual titles within five years.  Continued strength in direct subscription revenues and contributions from program sales and sponsorships/advertising are expected to remain key catalysts.

The company is benefitting from its unique content distribution strategy through its solid partner base. Its partnership with Tata Sky in India is noteworthy in this regard. Moreover, CuriosityStream’s strong presence in Direct Response digital marketing channels is expected to help the company in keeping customer acquisition costs lower in the near term, thereby driving profitability.

The Zacks Consensus Estimate for this Zacks Rank #2 company’s 2021 loss per share has narrowed by a penny to 67 cents per share over the past 30 days. CuriosityStream’s shares have declined 6.8% year to date. 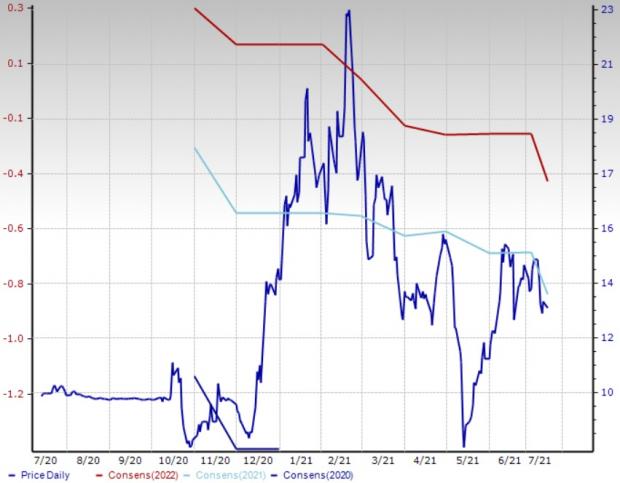 News Corporation:  The company continues to witness a rise in paid digital-only subscriptions. Also, e-book and downloadable audiobook sales have been growing. Moreover, with the resumption of live sports, advertising trends are likely to improve.

The company has been undertaking strategic buyouts to enhance its portfolio. In the latest move, the global diversified media company bought Houghton Mifflin Harcourt’s (HMHC) Books & Media segment for a cash outlay of $349 million to strengthen HarperCollins’ backlist by adding over 7000 titles. Moreover, the buyout of Investor’s Business Daily, which will be operated by the company’s subsidiary, Dow Jones, will enhance the latter’s offerings, including proprietary data and tools for investors, while assessing the top-performing stocks.

News Corporation’s shares have gained 43.7% year to date. The Zacks Consensus Estimate for this Zacks Rank #3 (Hold) company’s fiscal 2021 earnings has been steady at 45 cents per share over the past 30 days. 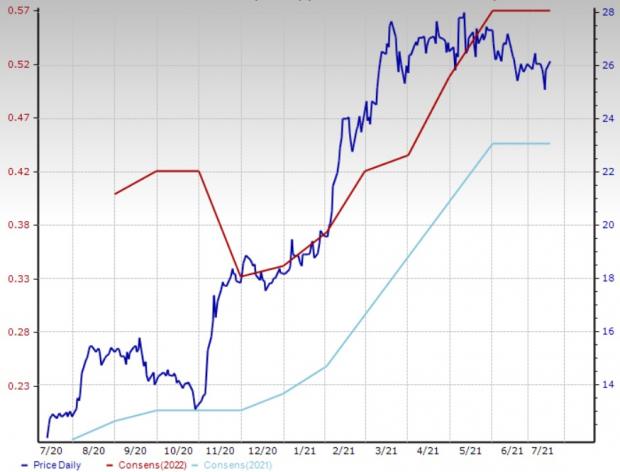