These 3 Gaming Stocks Are Set To Climb the Leaderboards

Gaming has emerged as a trendy hobby, allowing players to seamlessly connect and communicate with one another across the globe at the click of a few buttons. The industry was developing steadily until it saw an enormous boom stemming from lockdowns during COVID-19.

After the record-breaking number of online players in 2020 and 2021, the industry has significantly evolved, shifting the landscape and bringing in serious attention.

To capitalize on the future upside this industry brings, let’s look at three stocks that currently have video game and related operations and analyze how they shape up to benefit in this rapidly growing industry.

Nintendo (NTDOY - Free Report) is a worldwide leader in game development and publishing. A few of its beloved game franchises include familiar names such as Donkey Kong, Pokémon, The Legend of Zelda, and Super Mario Brothers.

The Nintendo Switch, the company’s flagship console, has been a massive hit across the globe. As of December 2021, the console’s unit sales surpassed 103 million, becoming its best-selling home console of all time in just four years after release and pushing its famous Wii out of the top spot.

NTDOY’s gaming revenue saw a remarkable increase from 2020 to 2021, jumping 37% and raking in $16.5 billion, boosted by Nintendo’s library of 29 titles that have sold over a million copies. NTDOY has a loaded video game release lineup for this year, including The Legend of Zelda – Breath of The Wild 2; the first installment ranks as the number five video game of all time and is one of Nintendo’s all-time best sellers. The 2022 lineup also includes many other hit classics, such as new installments in the Pokémon series and the beloved Super Mario Brothers that are expected to bring substantial sales.

Nintendo has seen its current full-year consensus estimate trend increase 6.2% to $3.90 per share over the last 60 days, and next year’s trend has increased nearly 12% to $3.99 per share. The company boasts a Zacks Rank #2 (Buy) and has a trailing average EPS surprise of 86% over the last four quarters. Additionally, Nintendo is reaching out further than just video gaming, utilizing the reach of theme parks and character-related merchandise to bring attention to its brand. 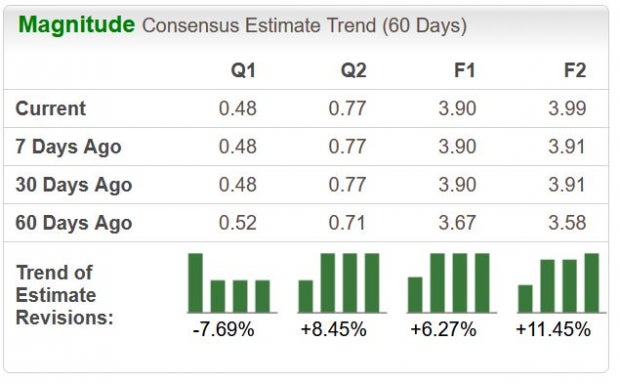 With fully-established operations, a highly anticipated 2022 video game lineup, and an extensive gaming library that includes all-time classics, the company stands to fully benefit from the industry’s booming growth. NTDOY would be an excellent stock for investors looking to ride the wave of gaming.

Microsoft (MSFT - Free Report) burst onto the gaming scene with its legendary Xbox gaming console in 2001. Two legendary franchises they own are Halo and Minecraft, and by acquiring Activision Blizzard in January, it bolstered its game library even more.

Last year, MSFT launched its next-generation Xbox X | S consoles that came out of the gate with serious performance upgrades from its previous Xbox One. As of January this year, it’s estimated that MSFT has shipped out nearly 12 million units of the new consoles, displaying the popularity and well-received nature of the product.

Microsoft intends to publish all Activision Blizzard games onto its Xbox Game Pass, a service with over 25 million subscribers that costs a low monthly fee of $9.99. ATVI’s gaming library, which has over 400 million monthly active players is expected to boost Microsoft’s gaming revenue, a metric that increased 8% in Q2. Xbox hardware revenue grew 4% in Q2, and overall, gaming revenue grew 33% year-over-year from 2020 to 2021. Additionally, the company has ventured into cloud gaming, a space that is quickly becoming highly competitive and lucrative.

The Zacks Consensus Estimate for current-year earnings has increased nearly 2% to $9.31 per share, and for next year, it has increased 3% to $10.67 per share. Microsoft is currently a Zacks Rank #3 (Hold) and has a four-quarter average EPS surprise of nearly 11%. Additionally, combining Microsoft’s Project xCloud with its Xbox Game Pass is expected to enhance its already competitive position in the gaming industry.

Microsoft's future within gaming is very bright. With a fresh library of games established onto its innovative Xbox Game Pass, a new cutting-edge console, and pushing the boundaries of cloud gaming, it’s easy to see why MSFT would be an outstanding stock that provides ample video game industry exposure.

Nvidia (NVDA - Free Report) , the worldwide leader in visual computing technologies, is the last gaming-related stock that I believe provides excellent upside in the gaming space. While NVDA doesn’t actively develop video games, the company’s cutting-edge technology is found in a vast majority of modern gaming PCs and other gaming platforms.

The current full-year earnings estimate has increased 7.5% to $5.55 over the last 60 days, and next year’s estimate has increased 7.8% to $6.37 per share. NVDA is currently a Zacks Rank #2 and boasts a 7% average EPS surprise over the last four quarters. Additionally, in its latest quarterly report, NVDA’s CEO said that it is seeing exceptional demand for its technology and that the company is propelling advances within gaming, one of today’s most impactful fields. 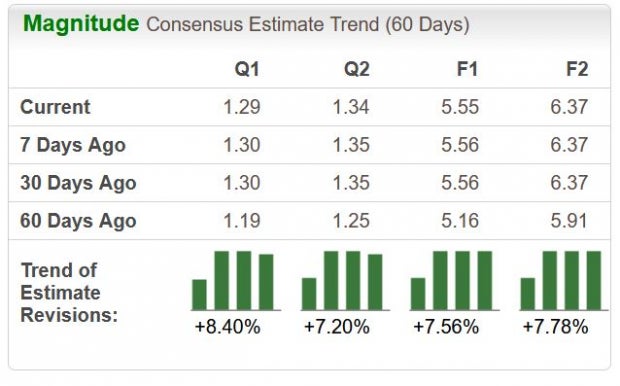 Nvidia is positioned very nicely to reap the rewards of the booming industry. Record-breaking gaming revenue, a new line of cutting-edge gaming laptops, and strong demand for the company’s revolutionary technology are all significant factors that make NVDA a strong portfolio choice for investors wanting a piece of the gaming pie. Additionally, NVDA is a more diverse way to obtain exposure to gaming without fully committing to a game-developing-only company.

How to Use Inflation to Your Advantage: 2 Securities to Buy