Why AMD Investors Can Sleep Soundly

Advanced Micro Devices (AMD - Free Report) has thrust itself into a highly watched company in the semiconductor space. The company has been a stellar place for investors to park their cash over the last several years, providing a multitude of gains along the way. The five-year chart below shows the performance of AMD shares. 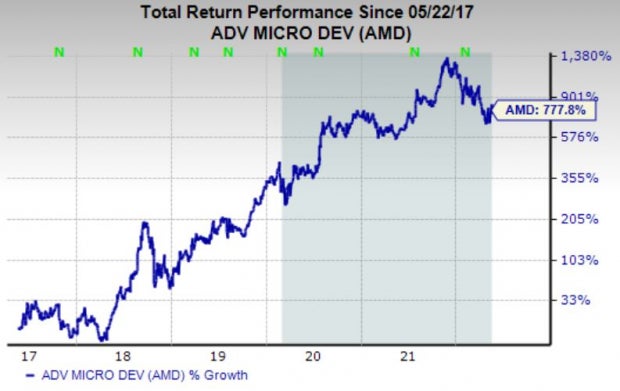 Throughout 2022, AMD shares have been hit hard. Rising interest rates, supply-chain bottlenecks, the chip shortage, and soaring energy prices have all been to blame for the poor share performance. 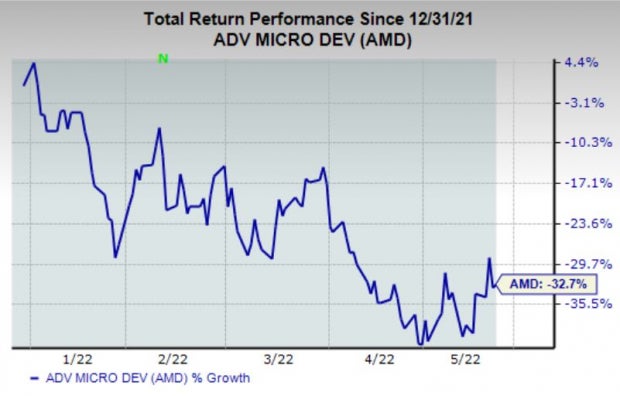 As we can see, AMD shares have lost nearly a third of their value and have significantly underperformed the S&P 500. However, AMD is not the only semiconductor company going through a tough patch – there have been countless double-digit valuation slashes across the semiconductor industry throughout the year.

Below is a chart of the year-to-date performance of SOXX, the iShares Semiconductor ETF. 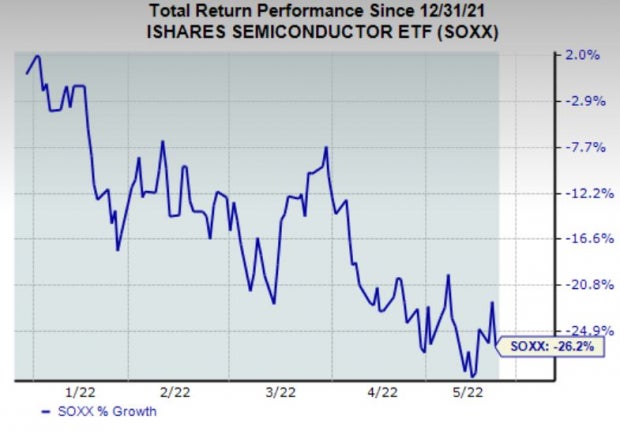 The adverse price action has been brutal for investors. Sellers have been in total control throughout the year, and at every corner, they keep reloading. It’s caused a massive sentiment shift in the company’s shares.

However, the rough patch can’t last forever, and bears will eventually tire and return to hibernation. Here are two reasons why AMD shares still deserve to be a part of your portfolio.

Advanced Micro Devices (AMD - Free Report) has been on an absolute tear within its quarterly releases, chaining together ten consecutive EPS beats.

Over the last four quarters, the company has acquired a notable 19% average earnings surprise, and in its latest quarter, the company blew EPS estimates out of the water by a double-digit 25%.

Looking forward, EPS estimates for the current year display AMD’s earnings growing by a whopping 56%. Additionally, the bottom line is expected to expand by a mighty 33% over the next three to five years.

While the bottom line has remained strong, so has the top line. AMD has chained together ten consecutive sales beats, and in its latest quarter, AMD beat the $5 billion revenue estimate by a substantial 17%.

For FY22, the Zacks Consensus Sales Estimate has the semiconductor giant raking in nearly $26 billion, a massive 57% year-over-year increase from FY21 when AMD reported annual sales of $16.4 billion. Additionally, for FY23, the top line is forecasted to expand by another 13%. 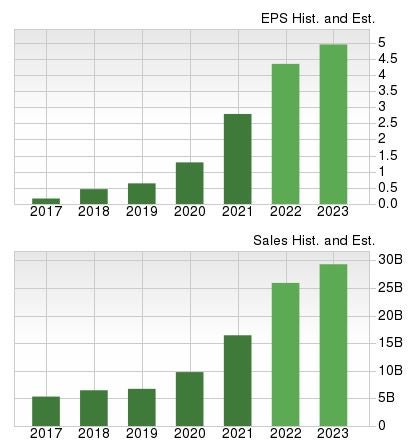 Semiconductors, often referred to as microchips, have become an integral part of our everyday lives. Coming in the size of a small coin, they allow everything we use daily to work efficiently. This includes cars, computers, phones, and even freezers. They are everywhere, and this will not be changing anytime soon.

Whenever the world was thrown upside down at the beginning of the pandemic, microchip technology allowed us to work, study, and communicate with others while being anchored down to our homes during the stay-at-home orders.

It significantly accelerated the “digital shift” that the world had been slowly moving towards. Now, we live in a brand-new world where many have come to rely on semiconductor technology daily to carry out work and school tasks.

More employees and students are currently working from home now more than ever before, and this trend is expected to continue. What will consumers need to work and study efficiently? Microchip technology.

Additionally, the video game industry boomed over the last several years of stay-at-home orders, and the industry is expected to grow at an accelerated rate for the next several years due to this. This benefits AMD massively, as it has quickly become a go-to company whenever gamers seek their highly needed and niche-specific computer processors.

Let’s pivot to a peer and another semiconductor company that deserves a spot in any portfolio seeking microchip exposure.

Over its last four quarters, TSM has acquired a respectable 4.2% average EPS surprise, and in its latest quarter, the company beat out EPS estimates by 7%. TSM has seen positive estimate revisions across the board over the last 60 days. 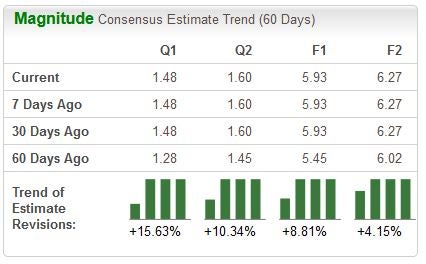 Additionally, full-year earnings for the current year are expected to climb a massive 43%, and sales estimates have the top line expanding by a substantial 35%.

While the market has sent AMD shares on a steep downward trajectory, one must focus on the long-term picture of things – microchip technology will undoubtedly be needed for years and years to come. Forecasted growth rates look stellar for both the top and bottom line, as well.

Additionally, the rocky price action has caused AMD’s forward earnings multiple to retrace down to 24.2X, a fraction of its 107.2X high in 2020 and well below 2021 highs of 67.8X. This is the lowest we’ve seen the value since 2018. A once stretched valuation metric has seemingly come back to much more reasonable levels.

Gearing Up for the Next Ten-Bagger: Where to Look