3 Stock Splits That Investors Should Keep On Their Radars

Over the last several years, a strategy that has gained popularity within the market is stock splits. Generally, a company performs a stock split for two reasons – the stock price has become too expensive, causing a barrier to entry for potential investors, and the company is looking to boost liquidity within its shares.

Of course, a stock split doesn’t affect a company’s market capitalization. However, it lowers the value of each individual share, providing ease for the stock price to multiply once again and provide investors with sizable gains. Additionally, volume increases with a lower share price, boosting overall share movement.

Nintendo (NTDOY - Free Report) is responsible for many legendary franchises in interactive entertainment, including The Legend of Zelda, Super Mario Brothers, Donkey Kong, and Pokémon.

Year-to-date, Nintendo shares have been much stronger than the S&P 500, declining a marginal 0.1% and providing investors with a much-needed level of valuable defense. 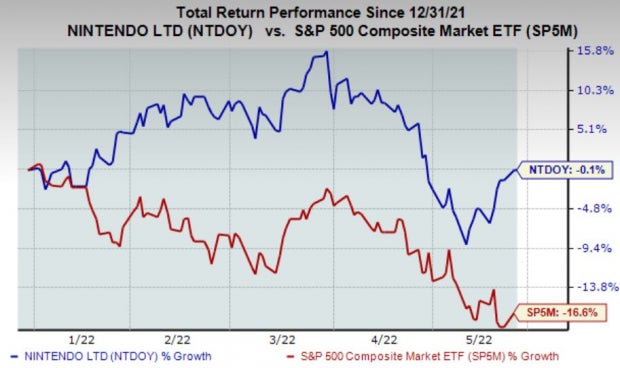 Valuation metrics have come down to reasonable levels as well. NTDOY currently has a 15.8X forward earnings multiple, a fraction of its high of 45.3X in 2018 and well below the median of 20.5X over the last five years.

Affected by a slowdown in the pandemic-induced boom in gaming, NTDOY’s full current year earnings are forecasted to decline by a concerning 14%. However, the company smoked EPS estimates by a triple-digit 110% in its latest quarterly release. Additionally, the company sports a Style Score of A for Growth.

The 10-for-1 split will take effect later this year, on October 1st.

Alphabet (GOOGL - Free Report) has evolved from primarily being a search engine into a company with operations in cloud computing, ad-based video and music streaming, autonomous vehicles, and more.

GOOGL shares have been hit hard throughout the tech-rout in 2022, down nearly 28% and vastly underperforming the general market.

However, when the company announced the upcoming split in February, shares skyrocketed 7.5% the following day. Once again, it seems that market participants wholly welcomed the stock split – it’s no secret that GOOGL shares became pricey, limiting overall trading volume and steering away potential investors.

The adverse price action throughout 2022 has caused GOOGL’s forward earnings multiple to retrace down to 19.8X, well below 2020 highs of 39.1X and much lower than the median of 27.3X over the last five years.

Amazon (AMZN - Free Report) has evolved into an e-commerce giant with global operations. The company also enjoys a dominant position within the cloud computing space with its Amazon Web Services (AWS) operations.

AMZN shares have had quite a fall from glory in 2022, declining nearly 40% and vastly underperforming the general market. 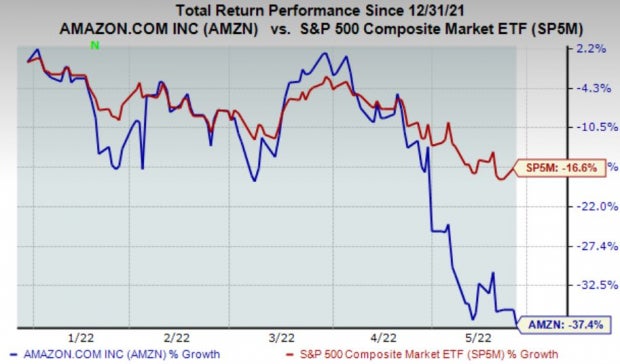 Like NTDOY and GOOGL, the market reacted very well to the upcoming split, sending shares upwards by 6% the day following the announcement. The split came at a bit of a surprise – AMZN hasn’t split since 1999. Furthermore, like GOOGL, Amazon shares had become quite expensive, grinding down overall trading volume and steering away potential investors.

However, the outlook for AMZN has drastically shifted, and it will be worthwhile for investors to heed caution in this stock.

The company missed EPS expectations by a massive 52% in its latest quarter, sending shares on a steep downward trajectory following the report. Additionally, analysts have rapidly lowered their EPS estimates across the board, with current full-year earnings expected to decline a nasty 83% year-over-year.

AMZN ranks as a Zacks Rank #5 (Strong Sell), which paints a depressing picture for AMZN shares moving forward in the near term. The one bullish catalyst I can find is the upcoming stock split, which occurs on June 3rd of this year.

Stock splits are a positive announcement that should excite current and potential investors. With some of these once high-flying stocks, such as AMZN and GOOGL, share prices had gotten too expensive, causing potential investors to steer away and restricting overall volume.

With splits, liquidity within shares is increased. Additionally, it allows investors to reap considerable gains as the stock climbs back up.

Due to current market conditions and the updated outlook, I believe it is vital for investors to wait to buy AMZN shares – the company is a Zacks Rank #5 (Strong Sell). The time will come again for Amazon, but right now, the safer play is to stay on the sidelines.

For GOOGL and NTDOY, the outlook for shares is much more promising when paired with the upcoming splits.