Warren Buffett, also known as the Oracle of Omaha, is a common name that comes to mind when thinking of the financial world. He’s one of the most widely-followed individuals in the realm, and for a good reason – he’s reaped stellar returns in the market.

Buffett is a philanthropist and businessman. He’s the CEO of Berkshire Hathaway, a diversified holding company whose subsidiaries engage in insurance, freight rail transportation, energy generation and distribution, manufacturing, and many others.

Investors are always looking to see his next move.

He’s been on the offensive throughout 2022, undoubtedly recognizing value in areas, and that’s what we’re here to look at today.

Three stocks that he’s bought in 2022 include Apple (AAPL - Free Report) , Occidental Petroleum (OXY - Free Report) , and HP (HPQ - Free Report) . The chart below illustrates the year-to-date price action of all three companies’ shares while blending in the S&P 500. 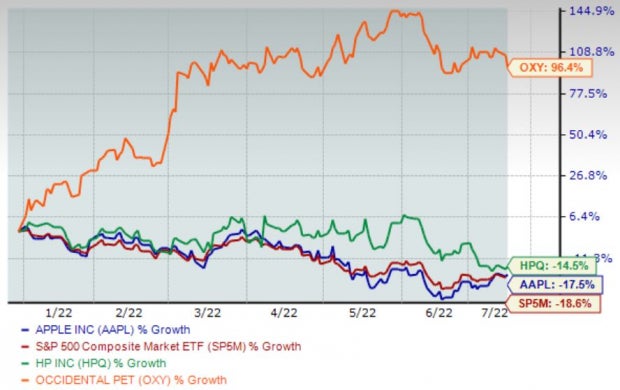 Let’s examine each company a little closer to see if they fit your investing style as well.

Apple (AAPL - Free Report) , the creator of the legendary iPhone, has taken the mobile landscape to great heights. Buffett states that he loves the tech titan because of its customers’ brand loyalty; consumers are likely to trade in old Apple products for new ones.

Up more than 325% over the last five years, Apple shares have easily crushed the general market’s performance. 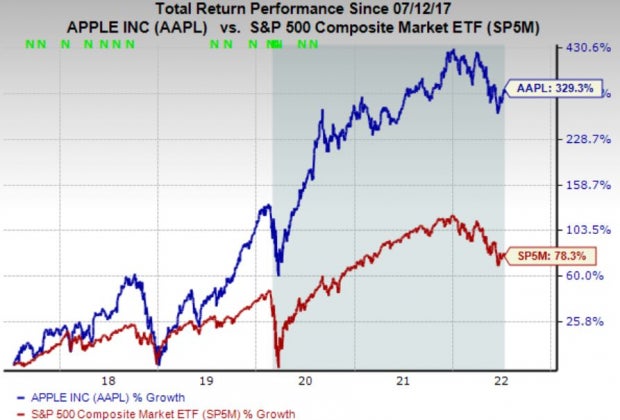 Apple is known for consistent quarterly results – over its last 20 quarters, the iPhone creator has impressively exceeded both top and bottom-line estimates 19 times. In its latest quarter, the company electrified the market and reported EPS of $1.52, penciling in a respectable 6% beat in the face of adverse business conditions.

Apple’s forward P/E ratio currently resides at 23.8X, slightly above its five-year median value of 20.6X but nowhere near highs of 41.5X in 2020. Additionally, shares trade at a 12% premium relative to its Zacks Sector.

While the forward earnings multiple is on the higher side, shares actually trade at their cheapest level since early 2020. AAPL has a Value Style Score of a C.

For the current fiscal year (FY22), the $6.10 EPS estimate pencils in a notable 9% expansion in the bottom-line year-over-year. Additionally, annual revenue is forecasted to climb to a mighty $394 billion, reflecting a respectable 8% uptick year-over-year. 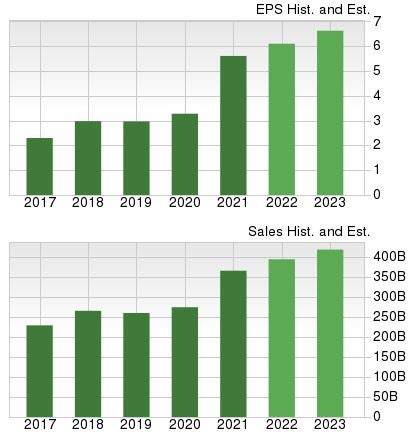 Based in Texas, Occidental Petroleum (OXY - Free Report) is an integrated oil and gas company with significant exploration and production exposure. Buffett has been buying OXY stock aggressively, signaling a substantial bet on the energy sector.

Occidental Petroleum shares struggled primarily through 2019 and the better part of 2020, stuck in a deep downtrend. The stock bottomed near November 2020, and since then, investors have enjoyed a parabolic run. 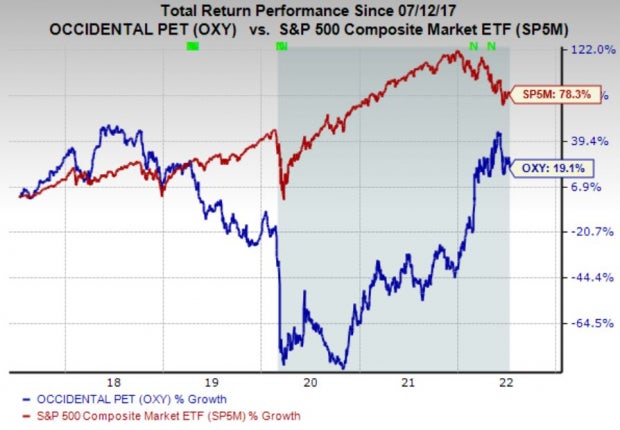 The company has recently found some consistency within its quarterly reports, exceeding both top and bottom-line estimates in its last three quarters. In its latest quarter, OXY surpassed the Zacks Consensus EPS Estimate of $1.97 handily by nearly 8% and reported quarterly EPS of $2.12.

OXY’s forward price-to-sales ratio currently resides at 1.5X, a bit pricey compared to its Zacks Sector average of 0.7X. However, the value is below its five-year median of 1.6X and a fraction of its 4.5X high in 2018.

The company sports a Style Score of an A for Value.

Now, here’s where things get interesting. The company has undoubtedly benefited from the surge in energy costs, and bottom and top-line estimates reflect that.

For the current fiscal year (FY22), the $10.53 Zacks Consensus Estimate pencils in a strong triple-digit growth in earnings of more than 310% year-over-year. The top-line growth is also remarkable – the $37 billion revenue estimate for FY22 notches a 40% uptick in revenue from the previous year. 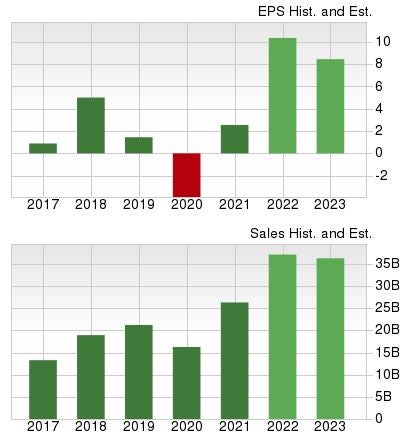 HP (HPQ - Free Report) is a leading provider of personal computing and other access devices to consumers globally. The purchase looks like a classic Buffett value play.

Over the last five years, HP shares have soared a triple-digit 102%, outperforming the S&P 500 by a wide margin. 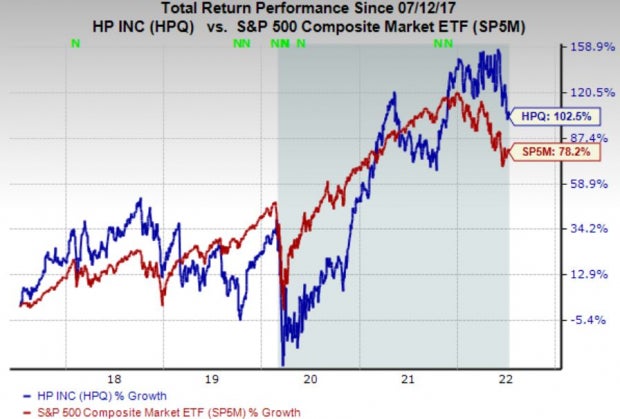 HP has shown impressive consistency in its quarterly reports, exceeding bottom-line expectations in 13 consecutive quarters dating back to 2019. Additionally, the company has exceeded quarterly revenue estimates in eight of its last ten quarters.

The PC giant has a beautifully low 7.3X forward earnings multiple, well below its five-year median of 9.2X and well below highs of 13.4X in 2017. In addition, shares trade at a staggering 66% discount relative to its Zacks Sector.

HP boasts a Style Score of an A for Value.

For the current fiscal year (FY22), the EPS estimate of $4.31 represents a strong double-digit growth in earnings of 14% year-over-year. The top-line also looks to remain strong, with the $66 billion revenue estimate reflecting a 4% expansion within the top-line year-over-year. 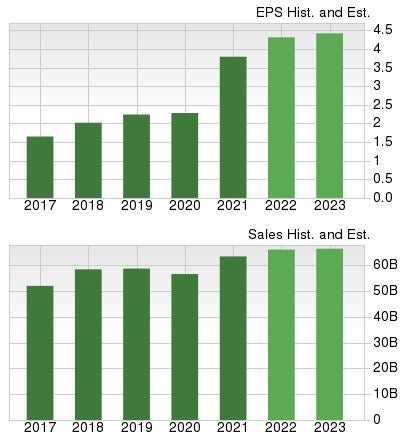 It’s no secret why the Oracle of Omaha has gathered such a large audience in the financial world. He’s reaped immense returns in the market, causing investors to mimic his holdings.

In a quick change of events, Buffett has been on the offensive throughout 2022, and the three stocks above are all ones he’s purchased.

For those looking to invest like Buffett has in 2022, these three companies would be a great place to start.