The Meme Stock Resurgence: Is Now the Time to Buy?

Meme stocks are making a triumphant return as the market has rallied sharply off the June lows. The meme stock movement originally began in the summer of 2020 when the world was in lockdown due to the coronavirus pandemic. With the general population stuck at home, many people flocked to social media (and the stock market) as they searched for ways to make some extra cash.

As stocks initially sold off hard in response to the virus outbreak, many individual companies became extremely undervalued. Combined with a high level of short interest, conditions were ripe for explosions to the upside. And so the meme stock crusade was born.

Social media platforms such as Reddit serve as the central hub for traders to post mentions, opinions, and company-related news. In the past, this increased attention has resulted in these stocks going viral – catching fire on the internet and playing a major role in a sharp surge in price.

In early 2021, meme stocks became the favorites of retail traders, as they quickly skyrocketed in price due to a sudden rush of interest online. Some may have thought that meme stocks had died out after their flame extinguished earlier this year, but the individual stock rallies in recent months suggest otherwise.

Are Meme Stocks Worth the Risk?

As fundamental analysts often point out, trading meme stocks can be very risky. Novice retail traders learned this last year – stocks can lose value just as quickly as they can rise. But characterizing meme stocks as too risky altogether may be suboptimal for many traders out there. Approaching them with a proper strategy in place can help to realize substantial gains while avoiding any significant drawdowns.

Implementing a stop-loss is a good idea in most situations, but it becomes even more important as the volatility of the underlying vehicle increases. Trading is primarily about controlling risk. Letting winners run and cutting losers early is the secret to successful portfolio management, and it’s what separates the novices from the professionals.

An overlooked notion that is often left out of the meme stock conversation is this – big gains tend to follow large moves to the downside. Similar to the hefty decline during the first few months of 2020, this year has witnessed a substantial drop in equity prices. The idea is that as stocks become very oversold, conditions ripen for sudden, volatile moves as shorts get squeezed out of their positions. Combined with enhanced awareness via social media, giant gains in a relatively short amount of time tend to follow.

These Three Meme Darlings Are on the Move

AMC Entertainment Holdings (AMC - Free Report) , a Zacks Rank #3 (Hold),found a bottom back in May which was well before the major indices. AMC stock has since gone on a 135% tear. 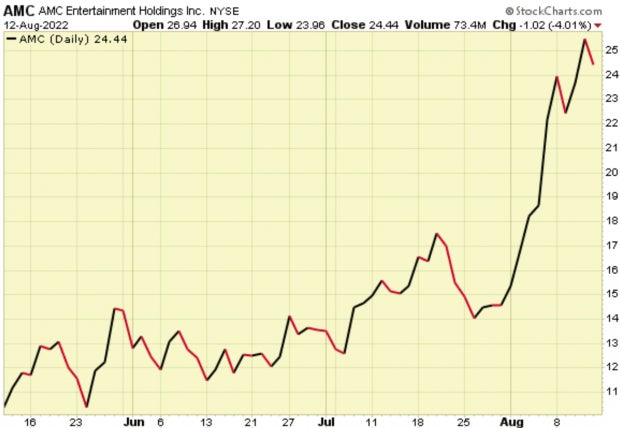 AMC has beaten earnings estimates in three of the past four quarters, posting a 16.48% average beat during this timeframe. Revenues are projected to increase 71.31% this year to $4.33 billion, a positive sign for investors in shares of AMC Entertainment Holdings.

Bed Bath & Beyond (BBBY - Free Report) , a Zacks Rank #5 (Strong Sell), appears to have bottomed in July – a tad later than the major indices. BBBY has seen better days in terms of earnings releases, as the struggling retailer has widely missed estimates in each of the prior four quarters. 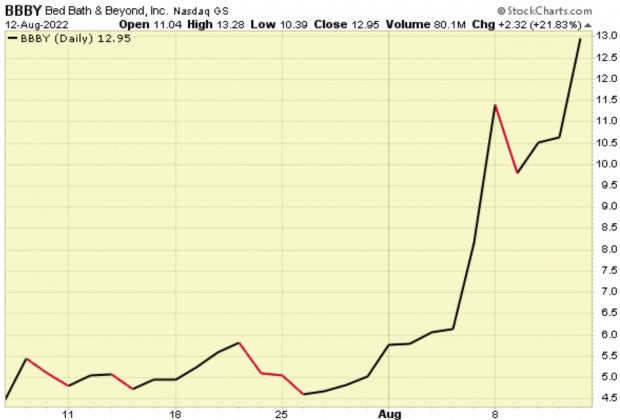 Still, BBBY stock has advanced 190% since bottoming out, and more upside may lie ahead. While earnings and revenue trends are negative, traders in Bed Bath & Beyond may find the company’s transformation plan favorable.

Gamestop (GME - Free Report) , a Zacks Rank #4 (Sell), was the original meme stock. Interestingly, it looks like GME stock bottomed out way back in March. The video game retailer also appears to have struggled with earnings results as of late, missing estimates in each of the last four quarters. 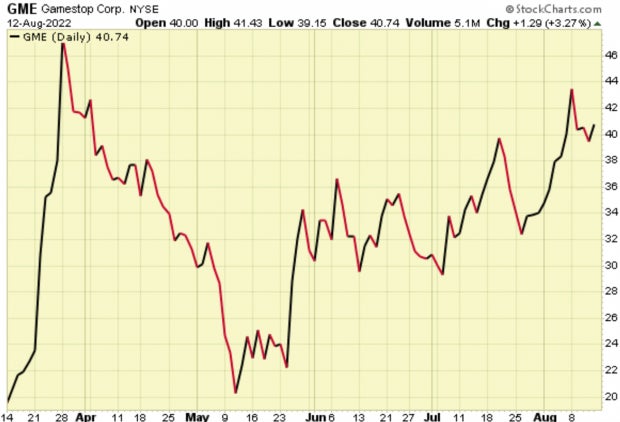 But similar to its meme friends, GME has advanced 109% since March. Traders may be looking past Gamestop's stiff competition as the stock may have some room left to run.

The choice to invest in meme stocks depends on the individual and their risk tolerance. As we discussed, controlling drawdowns is the number one priority. But substantial gains are attainable if a proper strategy is executed.

It’s safe to say – the meme stock movement is still alive and well.