The U.S. Department of Energy is expected to publish a road map, later in 2022, for an $8 billion investment to develop at least four regional clean hydrogen hubs, which should boost hydrogen adoption. This should bolster alternative energy stocks’ prospects.  Expanded offshore wind leasing in the United States is projected to lead to $120 billion in clean energy investments. Also, growth trends observed in the electric vehicle market are expected to boost U.S. renewable stocks. All these factors make us optimistic about alternative energy companies. The forerunners in the U.S. alternative energy industry are HF Sinclair (DINO - Free Report) , FuelCell Energy (FCEL - Free Report) and GEVO, Inc. (GEVO - Free Report) .

The Zacks Alternative Energy industry can be fundamentally segregated into two sets of companies. While one group is involved in the generation and distribution of alternative energy and electricity from sources like wind, natural gas, biofuel, hydro and geothermal, the other set is engaged in the development, design and installation of renewable projects involving these alternative energy sources. The industry also includes a handful of stocks that offer fuel cell energy solutions, which have gained popularity as an affordable clean energy of late. Per a report by the U.S. Energy Information Administration, in 2021, renewable energy provided about 12.16 quadrillion British thermal units (Btu), which is equal to 12% of total U.S. energy consumption.

Wind Energy – A Key Growth Catalyst: Among alternative energy sources, wind energy continues to make noticeable progress in the United States. Per EIA’s latest report, total annual U.S. electricity generation from wind energy increased from about 6 billion kilowatthours (kWh) in 2000 to about 380 billion kWh in 2021. Per American Clean Power Association’s (ACPA) report published in December 2021, expanded offshore wind leasing in the United States has the capacity to generate up to $4.5 billion in new federal revenues and lead to $120 billion in clean energy investments. This reflects the rapid growth pattern observed in the wind energy industry, which must have encouraged ACPA to make such a solid projection. Notably, a steadily decreasing input price, along with an increasing flow of investments from all over the world, has been instilling growth in the wind industry. The unsubsidized cost of energy for wind power has fallen 71% from 2009 to 2020. This reflects a solid opportunity for the U.S. wind market currently, which, in turn, should boost the overall expansion of the alternative energy industry.

Efforts to Remove Lag in H2 Investment: Government and industry investment in hydrogen as an energy carrier adds up to $2 billion per year in Asia and the European Union, as stated by a report sponsored by major oil companies, automakers, hydrogen producers and fuel cell manufacturers and released by Greentech Media in October 2020. However, the U.S. Department of Energy’s (DOE) Office of Fossil Energy and Carbon Management announced $28 million in federal funding for research and development and front-end engineering design projects to advance clean hydrogen as a carbon-free fuel for transportation, industrial use and electricity production, in February 2022. This is much lower than the amount invested by its Asian and European counterparts. Nevertheless, on a brighter note, the DOE is expected to publish a road map later this year for an $8 billion investment to help develop at least four regional clean hydrogen hubs. On approval, such funding is expected to help overcome the lag in U.S. hydrogen funding compared with other nations.

EV Market Boom to Boost Clean Energy: With enhanced environmental awareness, more and more individuals are choosing to switch from gasoline-powered vehicles to electric vehicles (EVs) each year, thereby boosting the market for EVs. In the United States, favorable government policies and support in terms of subsidies and grants, tax rebates and other non-financial benefits in the form of car pool lane access along with declining battery prices have been boosting the EV market.  The U.S. EV market is expected to reach 6.9 million unit sales by 2025, reflecting a significant improvement from the 1.4 million unit sales forecast for 2020, as estimated by Frost & Sullivan’s analysis. Such an impressive outlook surely bolsters the prospects of clean energy stocks, which offers the largest electric vehicle charging network in the United States.

The Zacks Alternative Energy industry is housed within the broader Zacks Oils-Energy sector. It carries a Zacks Industry Rank #54, which places it in the top 21% of more than 250 Zacks industries.

The industry’s position in the top 50% of the Zacks-ranked industries is due to a positive earnings outlook for the constituent companies in aggregate. Looking at the aggregate earnings estimate revisions, it appears that analysts have gained confidence in this group’s earnings growth potential over the past few months. The industry’s earnings estimate for the current fiscal year has gone up 12.7% to $1.69 since Apr 30. 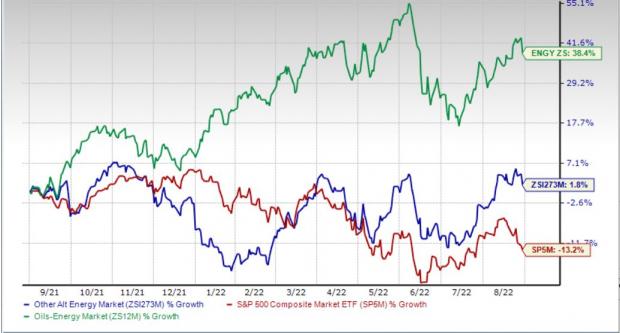 On the basis of the trailing 12-month EV/EBITDA ratio, which is commonly used for valuing alternative energy stocks, the industry is currently trading at 9.01 compared with the S&P 500’s 12.3 and the sector’s 3.54.

HF Sinclair: Based in Dallas, TX, this company is an energy company, which produces and markets light products such as gasoline, diesel fuel, jet fuel, renewable diesel and other specialty products. In August 2022, HF Sinclair announced its second-quarter 2022 results. During the quarter, it commenced the Artesia, NM, renewable diesel unit. HF Sinclair will continue to ramp up production of these assets as it expects to reach full production levels by the end of the third quarter.

The Zacks Consensus Estimate for HF Sinclair’s 2022 sales implies an improvement of 91.7% from the 2021 reported figure. The company delivered an average earnings surprise of 710.11% in the last four quarters. DINO currently sports a Zacks Rank #1 (Strong Buy). 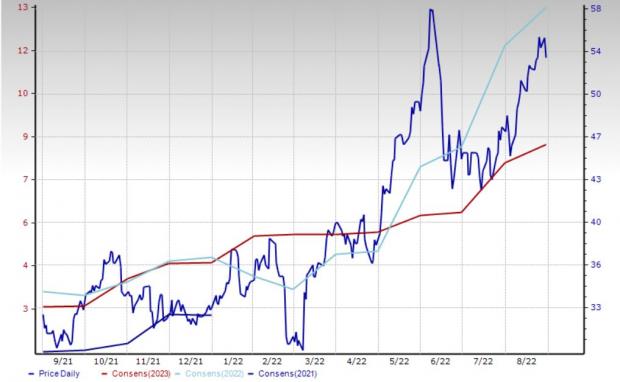 FuelCell Energy: Based in Danbury, CT, FuelCell Energy is a global leader in the design, manufacture, operation and service of ultra-clean, efficient and reliable fuel cell power plants.. In August 2022, the company launched a Carbon Savings Calculator for companies looking to gain greater insight into how the carbon dioxide (CO2) produced by their operation across Scope 1 and Scope 2 emissions can be recycled and used in their business. This approach provides an alternative to purchasing CO2, often from much higher polluting sources such as ethanol facilities, as many businesses do today. This can help avoid the business risk of rapidly rising CO2 prices and scarcity of supply.  This should boost FuelCell’s position in the clean energy space. 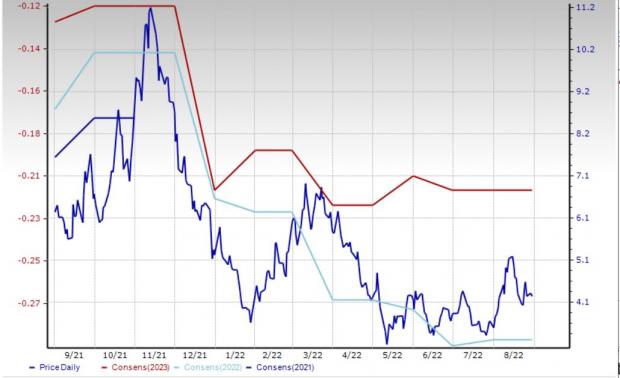 GEVO, Inc.: Based in Englewood, CO, GEVO is a renewable chemicals and advanced biofuels company engaged in the development of biobased alternatives to petroleum-based products using a combination of synthetic biology and chemistry. In August 2022, the company reported its second-quarter 2022 results. During the second quarter, GEVO sold 9 thousand gallons of SAF, isooctane, and isooctene from its Luverne Facility.

The Zacks Consensus Estimate for GEVO’s 2022 earnings implies an improvement of 234.7% from 2021’s reported sales figure. The company delivered an average earnings surprise of 2.68% in the last four quarters. GEVO currently has a Zacks Rank #2. You can see the complete list of today’s Zacks #1 Rank stocks here. 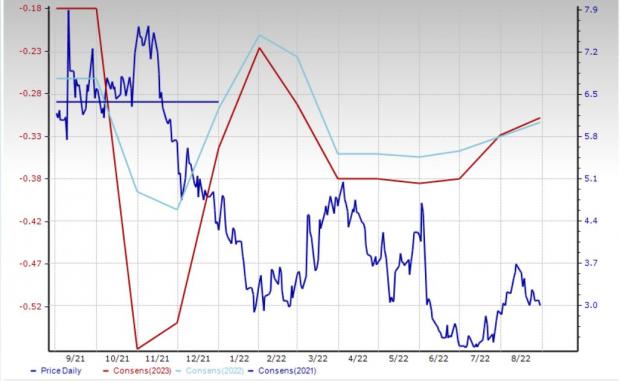