Bear of the Day:IMAX (IMAX)

The market has bounced sharply off the 50-day, en route to the 200-day. After a failure there, it feels like everything is letting loose. To be honest, this could be a great chance for astute investors to buy some solid companies off the lows. But, it’s also a trap for those buying stocks with weak earnings trends that are beginning to get worse. One of those weaker stocks is today’s Bear of the Day. I’m talking about Zacks Rank #5 (Strong Sell) IMAX (IMAX - Free Report) . 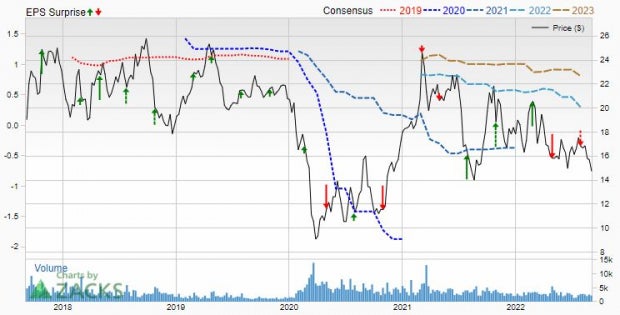 The Film and Television Production and Distribution industry ranks in the Bottom 30% of our Zacks Industry Rank. However, there are two stocks which are currently in the good graces of our Zacks Rank. Those two include Zacks Rank #2(Buy) Lions Gate Entertainment (LGF.A) and World Wrestling Entertainment (WWE - Free Report) .