The Zacks Aerospace Sector has mightily struggled over the last five years, down nearly 30% and coming nowhere near the general market’s performance. 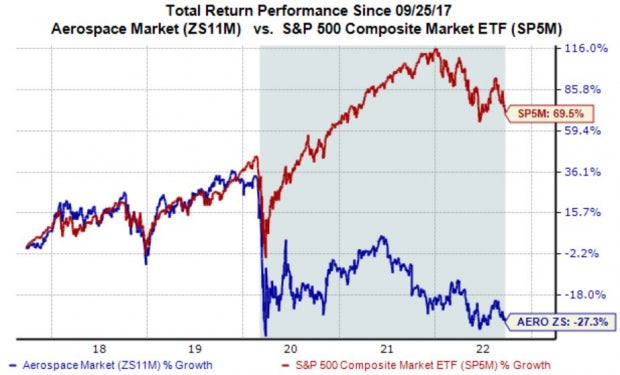 A stock undergoing some turbulence in the sector, Spirit AeroSystems (SPR - Free Report) , has landed itself into an unfavorable Zacks Rank #5 (Strong Sell), telling us its near-term earnings outlook is under pressure.

Spirit AeroSystems Holdings, Inc. is one of the most prominent independent non-OEM aircraft parts designers and manufacturers of commercial aerostructures worldwide.

In fact, SPR resides in the Zacks Aerospace – Defense Industry, which is currently ranked in the bottom 16% of all Zacks Industries.

Due to its unfavorable industry ranking, we expect it to underperform the market over the next three to six months.

Let’s take a deeper look at the company.

Year-to-date, it’s been a challenging road for SPR shares, down more than 40% and widely underperforming the S&P 500. 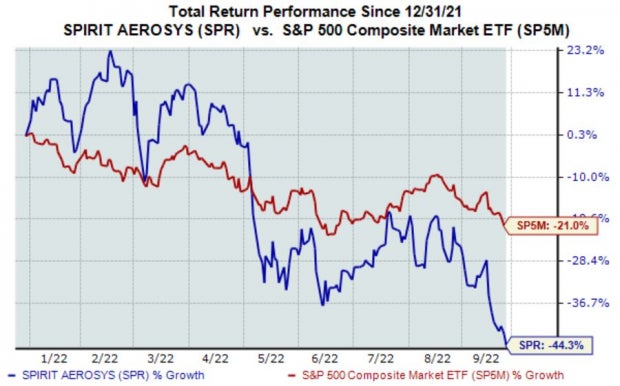 And over the last month, shares are down 25%. 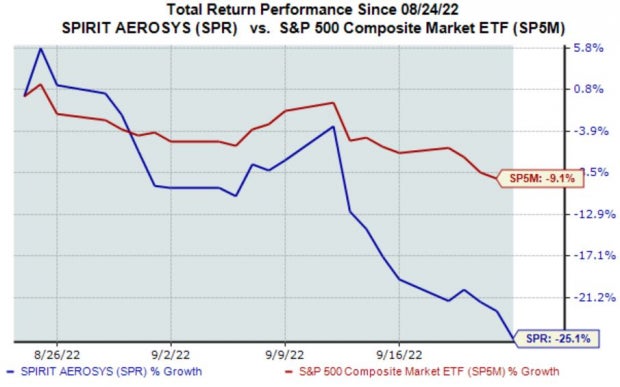 The unfavorable price action SPR shares have undergone tells us sellers have had the upper hand all year long.

However, top-line results have been notably strong, with SPR exceeding revenue estimates in seven of its last ten prints.

Unfavorable price action and negative estimate revisions from analysts paint a grim picture for the company in the short term.

Spirit AeroSystems (SPR - Free Report) is a Zacks Rank #5 (Strong Sell), telling us it has a weak near-term earnings outlook.

Instead, investors should pivot to stocks that either carry a Zacks Rank #1 (Strong Buy) or Zacks Rank #2 (Buy) – these stocks have a much stronger earnings outlook.

Bear of the Day: Synaptics (SYNA)