A strengthening U.S. dollar, on top of the ongoing rising inflation, has been burdening airlines, hurting the prospects of aerospace-defense stocks that are more engaged in commercial aerospace-related operations. Nevertheless, increased spending by global air tourists as projected by the International Air Transport Association (IATA) in June is expected to aid commercial jet makers. Yet pandemic-induced supply-chain disruption in the U.S. defense electronics space remains a threat to stocks in the aerospace-defense space. Still, recovering air traffic trends should keep investors interested in this industry. The frontrunners in the aerospace-defense industry are General Dynamics (GD - Free Report) , Archer Aviation (ACHR - Free Report) and Spire Global (SPIR - Free Report) .

4 Trends Shaping the Future of the Aerospace-Defense Industry

Improved Air Traffic Outlook Boosts Prospects: Recovering global air traffic data in recent times has boosted the near-term growth prospects of the industry. As stated in a report published by the International Air Transport Association (IATA) this June, tourists traveling by air globally in 2022 are projected to spend $672 billion – a sizable increase of 78.2% from the 2021 figure. Such impressive projections bode well for commercial aerospace giants, which have long borne the brunt of poor air travel in the form of delayed jet deliveries and, in some cases, cancellation of their orders altogether by airlines.

Expanding Defense Budget Remains a Growth Catalyst: While the commercial aerospace market has been recovering steadily over the past couple of quarters, the defense side of the industry stood its ground amid the COVID-19 crisis, cushioned by steady government support. To this end, it is imperative to mention that the U.S. House passed the $839 billion National Defense Authorization Act this July, thereby authorizing the U.S. government to spend $37 billion more than what President Joe Biden had requested in his budget for national security spending. Such improved budgetary provisions set the stage for industry players focused on the defense business to win more contracts, which should enhance their top line.

Supply Chain Issues May Hurt: Significant supply-chain disruption has been observed in the Aerospace and Defense industry, of late, courtesy of the pandemic-induced lower aircraft demand and restrictions on the movement of people and goods. This primarily affected smaller suppliers, like aircraft parts makers, especially those with heavy exposure to commercial aerospace and the aftermarket business. In this context, management of Boeing stated in a Reuters report that the company expects supply chain problems to persist almost until the end of 2023, led by labor shortages at mid-tier and smaller suppliers, partly due to the faster-than-expected return of demand. This, in turn, might keep the growth trajectory of the U.S. aerospace and defense industry constricted, to some extent, in the near term.

Strengthening Dollar Adds to industry Woes: The recently appreciating U.S. dollar is adding another layer of cost to airlines’ operations, which are already burdened with high inflation and jet fuel prices. All U.S. dollar-denominated costs are rising for airlines, which earn revenues in non-U.S. currency. Similarly, the debt burden has increased for all non-dollar-based entities that have borrowed in dollars. Such a burden on airlines might lead to lower aircraft delivery, thereby hurting aerospace-defense industry players that operate in commercial aerospace, in particular.

The Zacks Aerospace-Defense industry is housed within the broader Zacks Aerospace sector. It currently carries a Zacks Industry Rank #89, which places it in the top 35% of more than 250 Zacks industries. 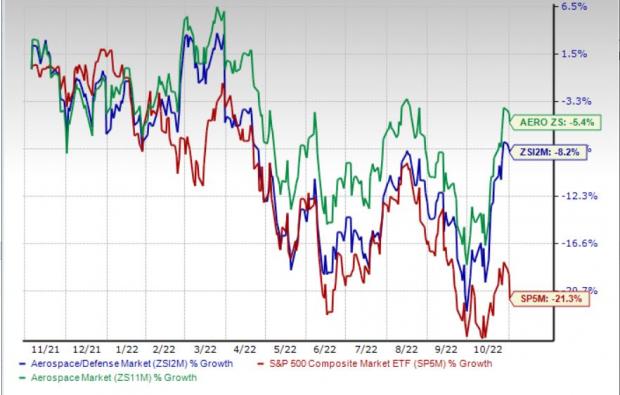 On the basis of the trailing 12-month EV/Sales ratio, which is used for valuing capital-intensive stocks like aerospace-defense, the industry is currently trading at 1.96, compared with the S&P 500’s 3.18 and the sector’s 2.26.

3 Aerospace-Defense Stocks to Keep in Your Watchlist

Archer Aviation: Based in San Jose, CA, Archer Aviation is involved in designing and developing electric vertical takeoff and landing aircraft for use in urban air mobility. The company recently announced that it will launch its first electric Vertical Takeoff and Landing (eVTOL) aircraft named Midnight at an Open House event on Nov 16, 2022. With the rapidly growing demand for eVTOL aircraft in air transportation, such a product innovation should bolster ACHR’s position in the concerned market. 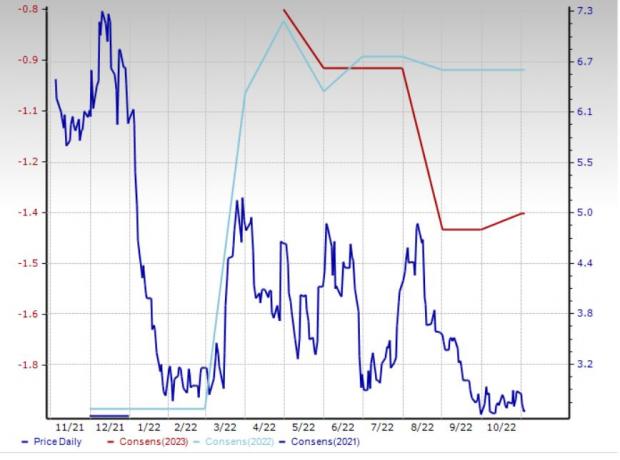 Spire Global: Based in Vienna, VA, Spire Global is a provider of space-based data, analytics and space services. Earlier this month, the company won a contract from the Defense Advanced Research Projects Agency to deliver a preliminary design for a satellite that would carry an array of sensors to very low Earth orbit for in-situ ionosphere measurements. With the U.S. government emphasizing on space exploration and associated development, this contract win should position Spire Global at an advantageous place in the expanding space market. 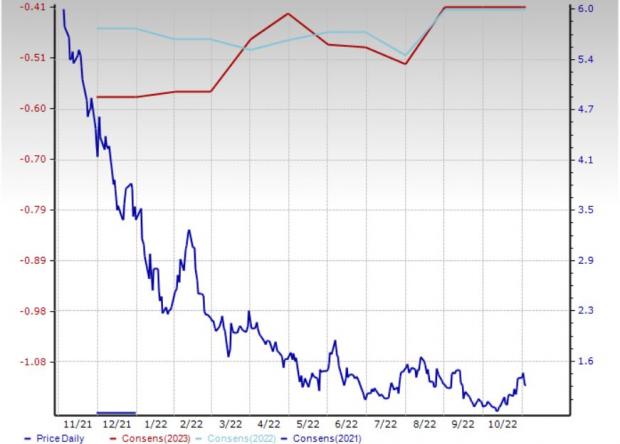 General Dynamics: Based in Falls Church, VA, General Dynamics is the leading designer and builder of nuclear-powered submarines and a leader in surface combatants and auxiliary ship design and construction for the U.S. Navy. It is also a premier manufacturer and integrator of land combat solutions worldwide, along with renowned business jets. The company expects G800 customer deliveries to begin in 2023, while G400 deliveries are anticipated to begin in 2025. This should bolster General Dynamics’ position in the aircraft market. 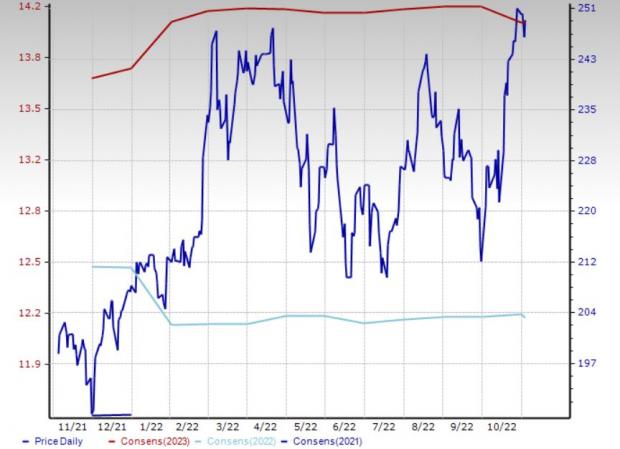 3 Metal Fabrication Stocks to Watch in a Challenging Industry