Bank stocks have been enthusiastic participants in the post-Christmas bounce in the market, but they remained a weak part of the market overall last year. The chart below shows the stock market performance of the Zacks Major Banks industry, which includes the space’s leading players, relative to the S&P 500 index in 2018. 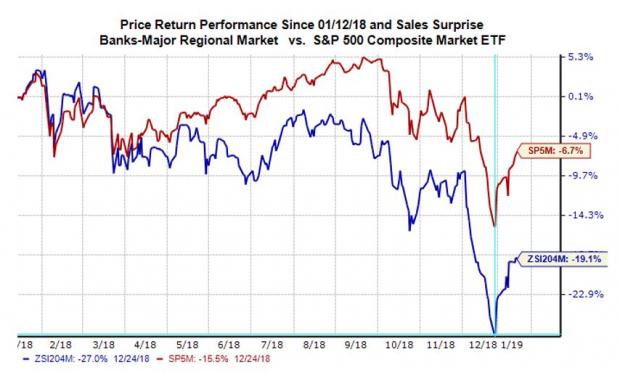 The question is whether these quarterly results can serve as a catalyst for bank stocks?

To answer that question, we need to keep in mind that the issue with these stocks was not a lack of operating performance, but rather big-picture uncertainty. On most key operating metrics, bank performance has been very strong in the first three quarters of the year and most of those favorable trends will show up in the Q4 results as well.

Key parts of the market’s worry list for banks include the flattening yield curve and potential for inversion that has implications for the economy’s health beyond 2019. The Fed’s openness to change its tune in recent days is essentially an acknowledgment of the same late-cycle narrative. Keep in mind that banks are cyclical businesses engaged in lending and other activities like investment banking, money management, and trading that are always at the mercy of the economic cycle. Banks not only experience low demand for its services when the economic cycle turns down, but the quality of its existing assets (its loan portfolio) also goes down as its customers’ credit profiles weaken.

Even if we keep aside the market’s other worries like trade uncertainty, global growth and political issues, it is this late-cycle worry that has been the big weight on sentiment on bank stocks. That said, it is reasonable to expect that with valuations this compressed already, strong results will give many of these stocks a short-term bump. But a fundamental rerating may be not be possible till the big-picture worries are put to rest.

How Low Will Estimates Fall? 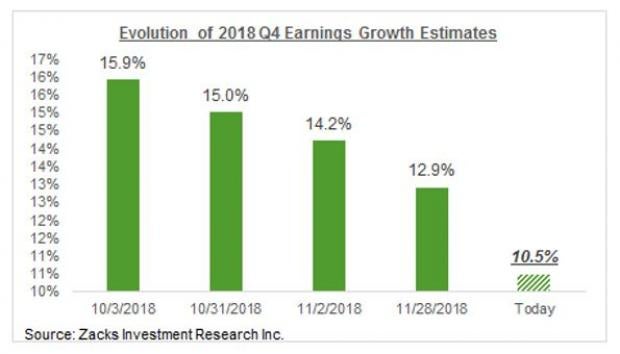 Q4 estimates have come down for all 16 Zacks sectors, with the highest magnitude of negative revisions for the Conglomerates, Construction, Energy, Consumer Discretionary, Utilities and Basic Materials sectors.

This isn’t the first time that estimates have come down like this. But this is nevertheless a higher magnitude of negative revisions than we have seen in the comparable periods over the preceding four quarters.

Please note that the negative revisions trend isn’t restricted to Q4 estimates, as expectations for full-year 2019 have started coming down in a meaningful way lately as well, as the chart below shows. 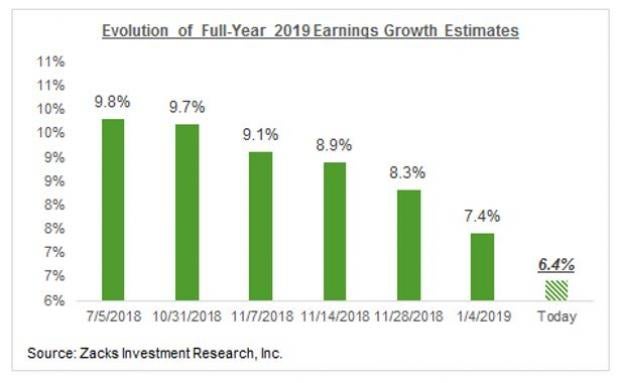 This chart is tracking consensus earnings growth expectations for the S&P 500 index since the second half of the year got underway. As you can see, estimates were effectively unchanged during the September quarter, but they have been on a steady downtrend since early October. Many in the market suspect that estimates have further to drop before stabilizing.

The Citigroup release on Monday will put the spotlight on the Q4 earnings season for the market. But the reporting cycle has officially gotten underway already, with results from 20 S&P 500 companies already out. All of these 20 companies reported results for their fiscal November-quarter results, which we count as part of the December-quarter tally. As mentioned earlier, we have another 34 index members reporting results this week.

Total Q4 earnings for these 20 index members that have reported results already are up +17% from the same period last year on +10.7% higher revenues, with 80% beating EPS estimates and 65% beating revenue estimates.

The earnings growth pace and the proportion of positive EPS surprises for these 20 S&P 500 members is tracking below what we had seen from the same group of companies in the preceding earnings season, as the comparison charts below show.

Earnings growth is expected to be in double digits for 7 of the 16 Zacks sectors, with Energy (+64.7% growth), Finance (+18.6%), Construction (+26.3%) and Transportation (+22.5%) has the strongest growth. Tech sector earnings are expected to decelerate meaningfully in Q4, up +3.7%, after back-to-back quarters of very strong growth. The Tech sector’s growth pace has come down the most in recent days as analysts adjusted their estimates lower following the Apple pre-announcement. 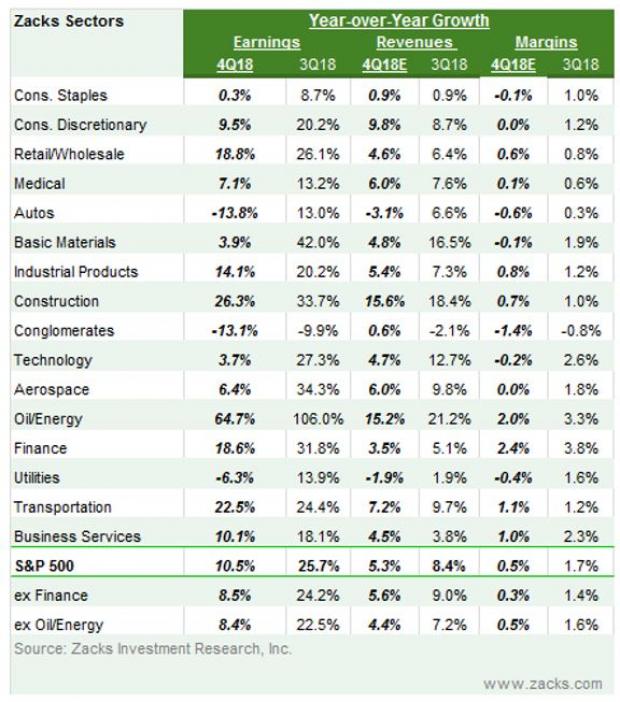 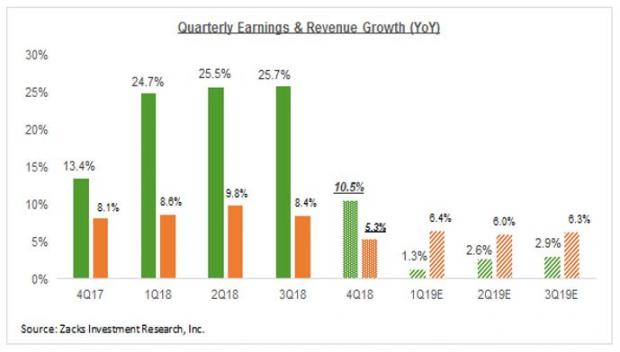 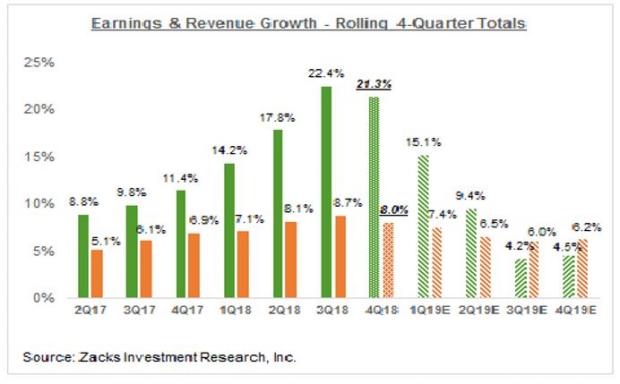