As risky and risk-fee rates continue to rise, the era of easy money we entered after a deep and historic financial crisis is seemingly coming to an end. The topic of Corporate and Federal Debt leverage now appears on our radar. In the alleged words of Warren Buffett: “Only when the tide goes out, do you see who has been swimming naked.”

Indeed. We have seen a drastic increase in U.S. Corporate Debt back to pre-2008 crisis levels. Warnings abound (note last year’s warning from the IMF for instance), that higher borrowing costs will make it increasingly difficult for private firms to service debts. Interest expense as a proportion of corporate income has already risen significantly, particularly as the U.S. Treasury 10-yr. risk-free rate rose above 3.0% in recent years. Then, there is the huge pile of accrued Federal Debt.

With that in mind, U.S. government debt becomes the elephant in the room that will be affected by an increasing debt burden. Debt as a share of GDP has risen from 60% before the crisis to 100% by the end of 2018 (consult that ugly graph again). According to projections by the Congressional Budget Office (“the CBO”), the level will increase further within the next ten years.

Meanwhile, the level of long-term interest rates has decreased since the financial crisis from just 4% before the beginning of the crisis to close to 3%. This suggests investors might be right, to not be as worried about higher levels of government debt as you might think. The question thus arises: Is this concerning? Or as American Comedian Pat Paulsen put it, “Should we let the kids pay it, after all they still owe us rent and gas money?”

German Economist Lorenz von Stein argued back in the 19th century. A country without debt, does not do enough for its future generations, or demands too much of its present generation. In that vein, politicians on both sides of the Congressional aisle appear to be concerned about the topic; depending solely on who is making spending decisions. But it is not quite clear what the Economic research has to say on this topic.

A widely cited study by a former IMF Chief Economist Kenneth Rogoff and Harvard Professor Carmen Reinhart claimed to have shown. Debt to GDP levels above 90% are detrimental to growth. But their research was later on proven to suffer from calculation errors.

Former IMF Chief Economist Olivier Blanchard offers a different view now. He argues along the lines of refraining from a black-and-white view on this topic. Rather, we should be evaluating more debt based on what it is used for. That is, if the debt is used for investments --whose rate of return is above the interest rate paid on that debt-- the debt should be sustainable.

Make no mistake, however, Blanchard is not arguing to grow Federal debt indiscriminately, but rather within reasonable limits. The intuition behind his argument
becomes clear if you use the individual household analogy: a student borrowing funds to pay tuition might find the rate of return on his investment in the long-run sufficient to pay off his debt -- unlike if the very same funds were used to finance a new car.

However, this approach might lead to biased outcomes if the underlying cost of debt is artificially low. In the case of countries that are considered safe havens, lending rates might be curbed from rising too high, such as in the U.S. or Europe.

Indeed, countries on the periphery of Europe -- with balance sheets that did not warrant much confidence -- witnessed increasing debt levels, as the price of debt was relatively low after the introduction of the common Euro currency. This might introduce a lack of policy alternatives, in the event of a crisis. We recently witnessed this in the cases of Italy and Greece. Their high levels of debt left with them very little wiggle room to navigate their current weak statuses.

The other area of concern regarding increasing debt is Price Pressures. That is, an increasing demand by a Federal government can ultimately lead to Price Pressure on the overall economy and Inflation subsequently. However, since the financial recession, we have rather witnessed the opposite problem -- of inflation pressures not picking up.

It thus appears in our view. A high debt level on its own is not an immediate warning sign. You need to assess the debt in more detail, in order to draw conclusions about long-term effects.

In the case of the United States, we don’t see the flashing warning signs yet. Inflationary pressures have not emerged yet. Given the U.S. ability to issue more currency, payment troubles would most likely become apparent through that channel. But we agree with Economist Blanchard. Prudent use of accrued debt(s) becomes crucial in determining the long-run effects. 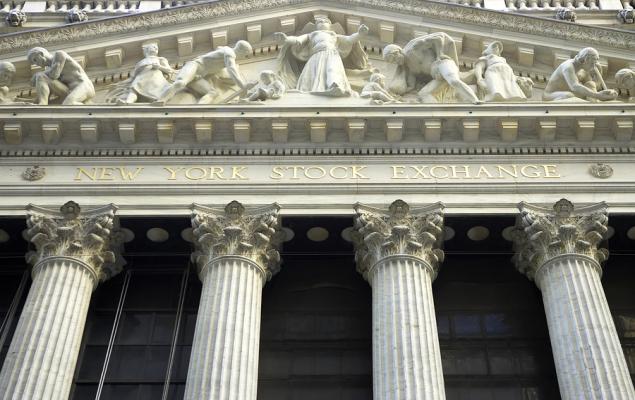