The retail world is evolving and for companies who have failed to adapt to the changing landscape, it’s been a painful stretch of disappointing earnings, store closures and in some cases – bankruptcy.

For those companies that have simultaneously figured out how to generate brand loyalty and navigate the modern marketplace of online and in-person selling, these are the best of times.

LULU’s most recent quarterly report was one of those true blowouts, and the sharp rally in the shares to new all-time highs is evidence that investors loved what LULU management had to say. 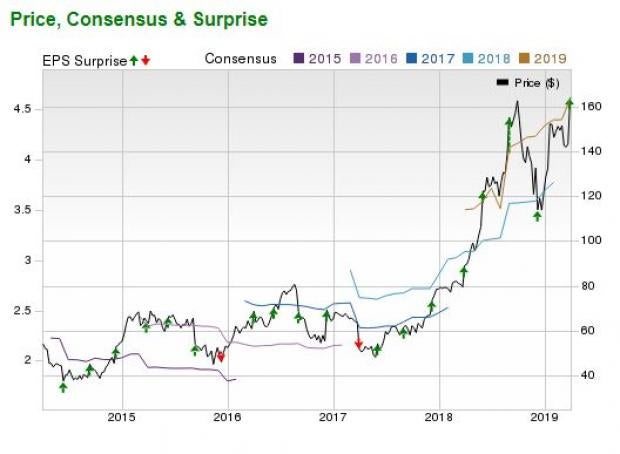 Not only did they beat the Zacks Consensus Earnings Estimate, turning in a net of $1.85/share vs. an expected $1.74/share, as well as $1.2B in revenue – a 26% increase over the year ago period – they also reported an increase in same store sales and gross margins, raised 2019 guidance for earnings and revenues and announced additional share buyback plans.

The same-store sales number is impressive because Lululemon opened 14 new locations during the quarter and didn’t close any stores. Not only have the new stores been performing well, the stores that have been open for more than a year are also continuing to sell more product than ever.

Recently, we’ve seen same-store sales numbers rising at some retailers because they’re closing underperforming locations. Bringing up the same-store number while growing is a much more impressive feat.

Another problem area we’ve seen lately with some retailers is that although sales might be holding steady or even increasing, it’s due to discount pricing that erodes gross margins.

Even more impressive than the raw sales number from LULU is the fact that they also increased gross margins by 110 basis points. Management’s earnings presentation credited “lower product costs and a favorable mix of higher margin product, and lower markdowns.”

That’s a diplomatic way of saying that LULU customers are willing to pay full price for LULU’s garments. There’s big enough demand for the comfortable and attractive clothes that they don’t have to rely on discounts to move excess merchandise. It’s quite the opposite, in fact. Many of Lulu’s most popular items sell out quickly when they are first introduced, adding to the brand cache and encouraging customers to move quickly rather than waiting for discounts.

In full-year 2018, LULU increased sales by 70% in Asia and 55% in Europe, also an impressive achievement in today’s retail clothing environment. Consumer tastes around the world are notoriously fickle. The hottest look in one global region is often out of fashion in another.

LULU issued guidance for both fiscal Q1 and full-year 2019 that was above previous expectations, resulting in a slew of positive analyst revisions and a Zacks Rank #1 (Strong Buy).

The company expects to earn $0.68-0.70/share in Q1 and $4.48-4.55/share in fiscal 2019, nearly $1/share higher than previous estimates. In response, all 14 of the analysts included in our calculations have increased their full-year estimates in the past 7 days, and the consensus of $4.62/share now stands even a bit above the high end of the company’s own range.

The improvement in results will come from strategic investments in LULU’s digital platform and supply chain improvements as well as a renewed focus on developing products for the half of the population that’s not already wearing Lululemon – men.

While the garments from the company that invented the “athleisure” category have been popular with women for years, until now they’ve been somewhat of a niche brand for men.  The company is planning to change that as well with the addition of NFL Quarterback Nick Foles as a brand ambassador and an increased range of garments intended for males.

It’s a shot right over the bow of Nike (NKE) and UnderArmour (UAA) in the market for clothes that are intended to be exercised in, but LULU is also in a position to take advantage of trends toward more relaxed dress codes in many workplaces - where high-end althleisure wear now often replaces coats and ties for men.

Top of the Game

The retail graveyard is littered with the corpses of slow-moving companies that failed to adapt to customer preferences in what and how they buy.

Companies that have put in the effort to determine the mix of product that customers are clamoring to buy and then combining that with desirable in-person and online shopping experiences are picking up all the spoils. Lululemon is currently on top of that game. 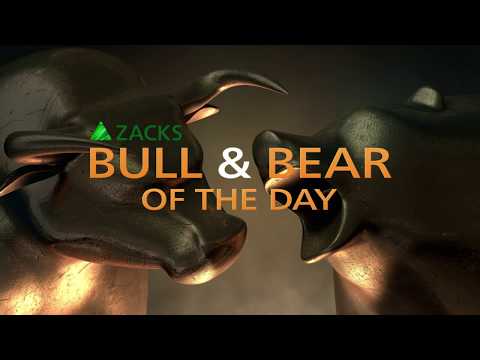