Shares of America’s Car-Mart, Inc. (CRMT - Free Report) have skyrocketed 83% over the last 12 months to crush the S&P 500’s 10% climb and 2019 has seen the stock hit multiple new 52-week highs. The company operates 144 automotive dealerships in the U.S. and is expected to see strong top and bottom-line expansion in fiscal 2019 and 2020.

America’s Car-Mart is a used vehicle dealer that specializes in what it calls “Buy Here/Pay Here” and is an attractive place for people with less-than-stellar credit to purchase a car. As we touched on already, America's Car-Mart operates 144 automotive dealerships across 11 states. The firm operates mostly in small cities in the South-Central U.S., including Alabama, Georgia, Indiana, Iowa, Mississippi, and Texas.

CRMT allows its customers to purchase, finance, and make payments all in one place. The business might not be attractive to some people as there can be a stigma surrounding the used car industry in general. But people who might not qualify for traditional loans because of bad credit or no credit need a place to buy a vehicle, especially in spread out areas with few public transportation options.

Investors should note that the company’s 72-hour 100% satisfaction return policy has helped it stand out in the industry. The company also offers low down payments, flexible payment and financing offerings, as well as a wide range of trade-in options. America's Car-Mart has seen its revenues climb by a roughly 11% CAGR (compound annual growth rate) from 2002 through fiscal 2018. CRMT has also grown its active customers base by 7.5% during this same period as it continues to stand out in terms of service and quality compared to smaller, mom and pop used car dealerships in many of its markets.

The company’s growth has helped CRMT stock soar 445% over the last decade to crush the S&P’s 240% expansion and its peer group’s 343% average, which includes the likes of Sonic Automotive Inc (SAH - Free Report) and Asbury Automotive Group, Inc. (ABG - Free Report) . We can also see that shares of CRMT have easily surpassed its peer group in the last five years, driven by 158% growth in the past 24 months. 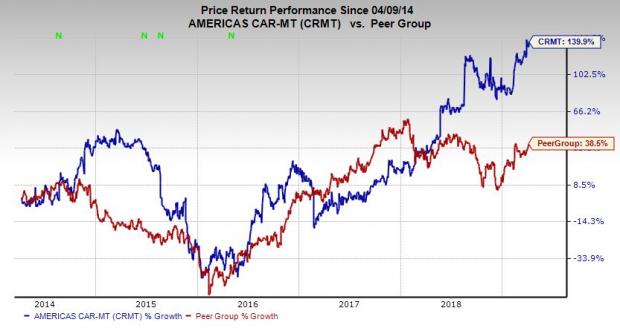 Looking ahead, our current Zacks Consensus Estimate calls for the company’s fourth-quarter fiscal 2019 revenue to surge 10.9% to hit $187.85 million. This would mark an improvement from Q3 when America's Car-Mart saw its revenue pop 9.4%. Meanwhile, the company’s full-year 2019 sales are expected to jump 11.1% to reach $680.09 million. Peeking even further ahead, CRMT’s fiscal 2020 revenue is projected to come in 7.8% above our current year estimate.

At the bottom end of the income statement, the used car dealership power’s outlook appears even more attractive. The firm’s adjusted Q4 earnings are projected to surge 23.8% to reach $1.77 per share. Plus, CRMT’s full-year EPS figure is projected to skyrocket roughly 79% to $6.43 per share. The company’s adjusted 2020 earnings are expected to come in 10.8% higher than our 2019 projection. And CRMT’s EPS figure is projected to grow by an annualized rate of 19% over the next three to five years.

On top of its impressive bottom-line outlook, America's Car-Mart’s earnings estimate revision picture has turned far more positive over the last 60 days. The company’s 2020 earnings estimate has climbed by 12.7% over this stretch, from $6.32 per share to $7.12 a share. CRMT’s 2019 estimate also improved by over 11%, which could be a good sign as earnings growth is often correlated with positive stock price movement.

Furthermore, America's Car-Mart has a strong history of topping quarterly earnings estimates. This includes eight straight earnings beats, with an average surprise of 42.2% over the trailing four periods.

America's Car-Mart is a Zacks Rank #1 (Strong Buy) right now based, in large part, on its positive earnings estimate revision trends. The company also sports “B” grades for Value and Momentum and an “A” for Growth in our Style Scores system.

On of that, CRMT is trading right near its five-year median at 12.8X forward 12-month Zacks Consensus EPS estimates. This falls way below the S&P’s 17.2X average and its own five-year high of 17.6X. The company also boasts an impressive price/sales ratio of 0.92. 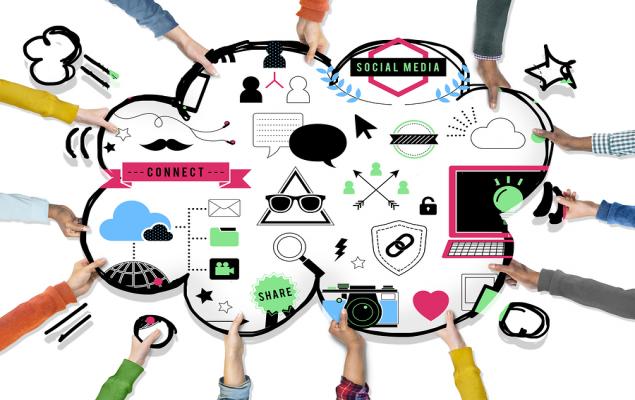 Bull Of The Day: Logitech (LOGI)