The Zacks Audio Video Production industry comprises providers of televisions, speakers, video players and camcorders. It also includes firms offering a line of gaming consoles, drones and high-end cameras for individuals and industrial markets across the globe. These companies offer avant-garde audio, imaging and voice technologies that transform entertainment and communications at theaters, home, work and mobile devices. Some of the firms within this industry also design and manufacture audio and imaging products, including digital cinema servers and allied products for film production, cinema, television, broadcast and related entertainment industries.

•    Spurred by new innovations and trends, companies in the audio video production space are expected to keep growing at a pace higher than the general economic growth. Remarkably, the industry players have been experiencing modest growth in recent times, backed by an improving economy, declining unemployment rate and rise in consumers’ disposable income. The industry is likely to expand to include a mix of cloud and on-premise solutions wherein cloud services will progressively become common for IoT-based visualization solutions, reducing operational costs and improving efficiency.

•    Gradual shift from analog to digital technology over the past several years has met the demand for high resolution video, reduced the problems of radio frequency and electromagnetic interference, making audio visual systems more data network friendly. Wireless transmission has enabled broadcast of audio video signals via wireless data networks while optimizing the overall productivity of the industry. Going forward, the industry intends to keep providing valuable services to a variety of media producers. However, one of its major concerns is the ready accessibility of recording equipment and widespread availability of distribution channels on the Internet.

•    In the United States, smart-connected televisions, microphones and speaker enclosures happen to be the most popular electronic devices among customers. The demand is being stimulated by the introduction of technologically superior devices, paving the way for the consumer electronics market’s growth on a global scale. However, the U.S. manufacturers of audio and video systems face tough competition from importers of devices particularly from China, Vietnam and Mexico. In addition, sharp decline of album sales has taken a toll on the industry’s growth prospects. Yet, companies are enjoying economic expansion while many are investing in tomorrow’s technology solutions that create better communication experiences.

The Zacks Audio Video Production industry is housed within the broader Zacks Consumer Discretionary sector. It currently carries a Zacks Industry Rank #196, which places it at the bottom 23% of more than 250 Zacks industries.

The group’s Zacks Industry Rank, which is basically the average of the Zacks Rank of all the member stocks, indicates dull near-term prospects. Interestingly our research shows that the top 50% of the Zacks-ranked industries outperforms the bottom 50% by a factor of more than 2 to 1.

Now, the industry’s positioning in the bottom 50% of the Zacks-ranked industries is a result of negative earnings outlook for the constituent companies in aggregate. Looking at the aggregate earnings estimate revisions, it appears that analysts are losing faith in this group’s earnings growth potential.

Before we present a few audio video production stocks that are well positioned to outperform the market based on a strong earnings outlook, let’s take a look at the industry’s recent stock market performance and valuation picture.

The Zacks Audio Video Production industry has underperformed the broader Zacks Consumer Discretionary sector and the S&P 500 composite over the past year. 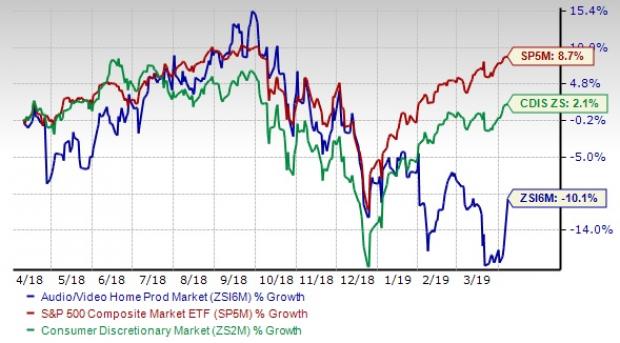 The audio-visual industry is expected to benefit from healthy long-term growth dynamics supported by improving macroeconomic climate, technological advancements and increase in consumer spending. However, profitability of individual companies largely depends on manufacturing efficiency and effective marketing and distribution process.

The industry seems to be marred by several operational headwinds in the near term. In addition, changing consumer preferences, licensee demand, shift in industry standards and rapid obsolescence of existing technology pose potential operating risks to the ecosystem.

None of the stocks in the space currently sports a Zacks Rank #1 (Strong Buy). So, we are presenting two stocks with a Zacks Rank #2 (Buy) that investors may consider betting on now. You can see the complete list of today’s Zacks #1 Rank stocks here.

Sonos, Inc. SONO: Shares of this Santa Barbara, CA-based audio video production firm have rallied 5.4% in the past three months. The Zacks Consensus Estimate for current-year earnings for this Zacks Rank #2 stock has increased 96.4% since August 2018. 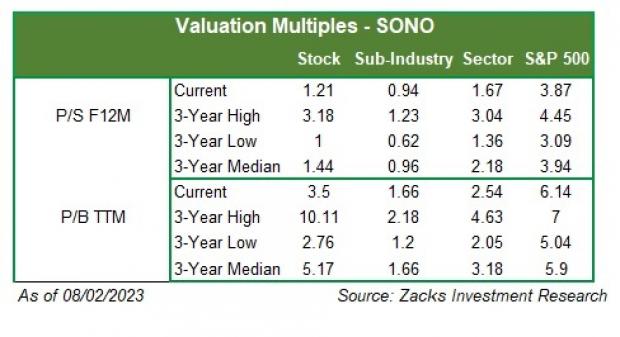 LiveXLive Media, Inc. : The stock of this West Hollywood, CA-based audio video production firm has rallied 86.3% in the past six months. The consensus estimate for current-year earnings for this Zacks Rank #2 stock has moved up 10.5% in the past 60 days. 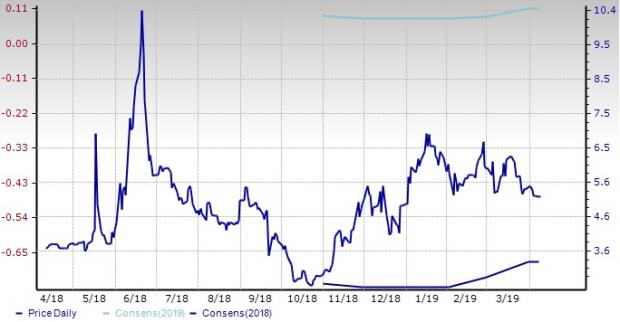 We are also presenting two stocks with a Zacks Rank #3 (Hold) that are well positioned to grow.

Dolby Laboratories, Inc. DLB: Shares of this San Francisco, CA-based audio video production firm have rallied 25.5% in the past two years. The consensus estimate for current-year earnings for this Zacks Rank #3 stock has remained stable in the past 60 days. 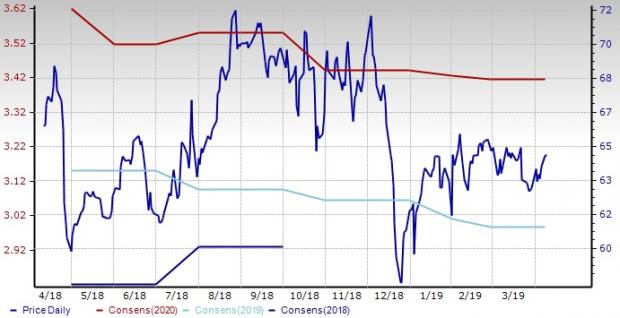 GoPro, Inc. GPRO: The stock of this San Mateo, CA-based audio video production firm has rallied 34.6% in the past three months. The Zacks Consensus Estimate for current-year earnings for this Zacks Rank #3 stock has moved up 17.4% in the past 90 days. 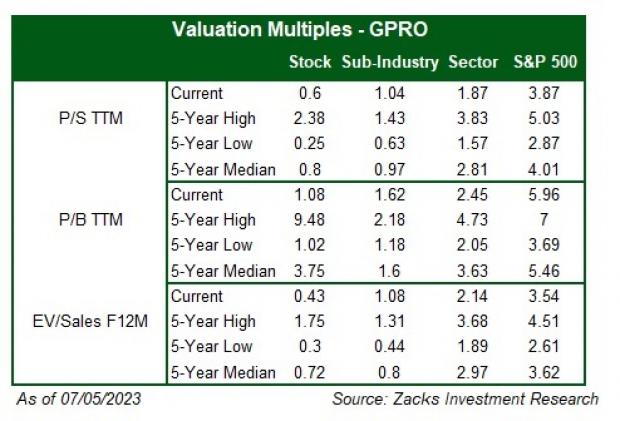