Those of you that followed the old philosophy of “Shut up and buy the dip” benefited today. After President Trump rocked the market with his strong stance on the China deal, speculators jumped in and pounded the market. Small caps led the way higher, digging out of their early hole and bursting though to highs not seen in weeks. In an environment like that, it’s tough to buck up and buy into the selloff. What if you pick a dud? What if your stock is on the edge of a swirl down the bowl? One way to avoid that potential situation is by buying stocks with great earnings trends. Stocks that have seen earnings estimates from analysts push to the upside. One way of uncovering stocks like this is by leaning on the power of the Zacks Rank.

That Zacks Rank can help you find stock ideas like today’s Bull of the Day Anglogold Ashanti (AU - Free Report) . AngloGold Ashanti Limited operates as a gold mining company. It also produces silver, uranium, and sulphuric acid; and dóre bars. The company operates 14 mines and 3 projects in 10 countries in South Africa, Continental Africa, the Americas, and Australasia. AngloGold Ashanti Limited was incorporated in 1944 and is headquartered in Johannesburg, South Africa.

The reason for the favorable Zacks Rank lies in the series of earnings estimate revisions to the upside. Over the last sixty days, two analysts have increased their earnings estimates for both the current year and next year. The bullish revisions have increased the Zacks Consensus Estimate for the current year from 75 cents to 99 cents while next year’s number has shot up from 69 cents to $1.17. But that really hasn’t shown up in the stock price as the stock has remained under pressure, coming down from highs over $14 to the $11 level. 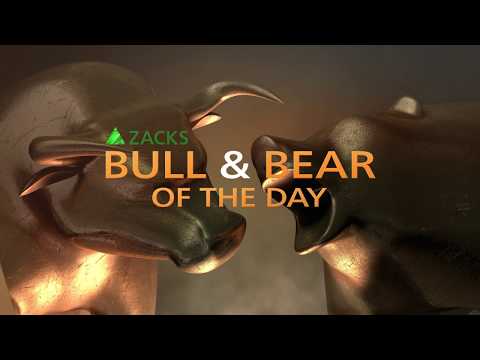