Bull of the Day: Habit (HABT)

The Habit Restaurants, Inc. HABT surprised the Street with strong comparable sales in the first quarter. This Zacks Rank #1 (Strong Buy) is expected to grow revenue by double digits in 2019.

An Earnings Beat in Q1

The increase in comparable restaurant sales was driven mostly by a 7.4% increase in average transaction amount partially offset by a 4.2% decrease in transactions.

Given that the first quarter was stronger than expected, the company raised its full year revenue and comparable restaurant sales guidance.

The analysts like what they heard and are bullish on the company.

3 estimates were revised for 2019 since the earnings report which has pushed the 2019 Zacks Consensus Estimate up to $0.13 from the prior consensus of $0.10.

1 estimate was also raised for 2020 but the Zacks Consensus remains unchanged at $0.11.

Shares Jump on the News

Habit went IPO in 2015 as many restaurant chains were going IPO, but the shares, while hot in the beginning, have sold off by 65%.

However, this quarter's better-than-expected comparable restaurant growth boosted the shares, which have jumped 21% year-to-date.

Seems like burgers may be coming back into vogue with consumers.

Habit is trading at 93x forward earnings, so you are buying the growth story.

For investors who are looking for a growing restaurant chain, Habit is one to keep on your short list. 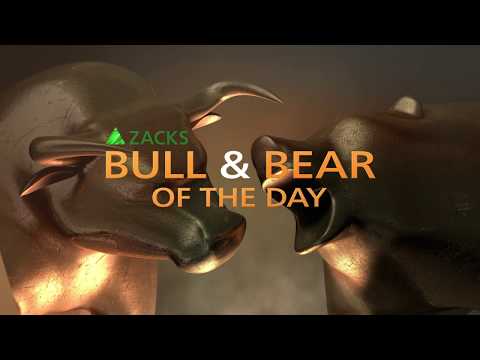 Bull of the Day: Comcast (CMCSA)