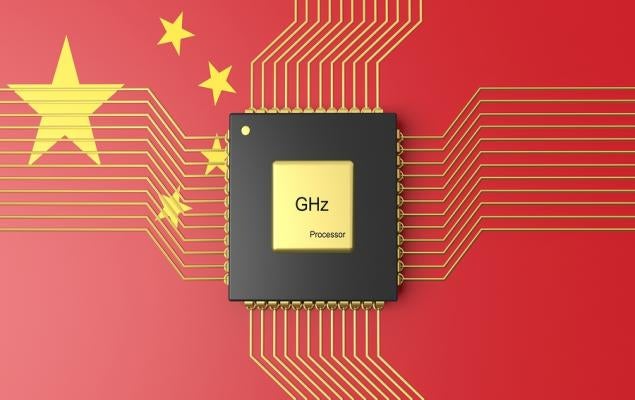 Bear of the Day: Qorvo (QRVO)

Read MoreHide Full Article
In early May, Qorvo (QRVO - Free Report) delivered a Q4 fiscal 2019 earnings surprise of 15% for the quarter ended March.
But analysts reversed their earlier course of raising estimates into the quarter -- and on solid guidance for the new fiscal year -- and have since dropped EPS projections for the rest of this year and next, pushing the stock back down into the cellar of the Zacks Rank. We'll see why in a moment.
First, Q4 revenues on a non-GAAP basis increased 2.5% year over year to $680.9 million. Moreover, the figure was slightly above management’s guidance of $660 to $680 million. However, the top line lagged the Zacks Consensus Estimate of $690 million.
The results were attributed to improved progress in IDP and stringent cost control measures. The company benefited from increased demand in the performance-tier for RF Fusion based solutions, antenna tuning, discrete components and BAW-based multiplexers.
Huawei Woes
Then only a week later, Qorvo updated their guidance after Huawei Technologies, one of its prominent customers, was added to "Entity List" by BIS. On May 16, 2019, the Bureau of Industry and Security (BIS) added Huawei Technologies Co., Ltd. and 68 of its affiliates to the “Entity List” maintained by U.S. Department of Commerce.
This decision bars Qorvo from supplying products to Huawei and its affiliates, which compelled the company to trim revenue guidance.
Notably, Huawei is one of the more prominent customers of Qorvo. In fiscal 2019, the company notes that Huawei and its affiliates contributed $469 million, representing approximately 15% of total revenues.
Given this global uncertainty, analysts took the full-year 2020 consensus (Q1 began April) down from $6.00 EPS to just $5.01. And FY 2021 was slashed from $6.91 to $6.15 as further worries about the trade war following Broadcom's (AVGO - Free Report) recent outlook has cast a pall over the Semiconductor industry.
QRVO Quarter Details
Segment-wise, Mobile Products (MP) revenues were $443 million. The segmental revenues were aided by robust demand in China and Korea.
Infrastructure and Defense (IDP) revenues grew double digit year over year to $238 million, marking 12th consecutive quarter of growth. The year-over-year increase can primarily be attributed to robust growth in the company’s wireless connectivity, improvement in base station solutions and robust 5G infrastructure market demand.
Further, growth reflects strong demand for the company’s solutions in defense (advanced radars and other electronic warfare products) and connectivity (Wi-Fi and emerging IoT applications). Rapid adoption of GaN for high-power applications also drove defense top-line growth.
M&A and 5G
On May 6, 2019, Qorvo acquired Active-Semi International, Inc. with an aim to strengthen its portfolio of programmable analog and mixed signal power offerings. The company pursued the deal on account of Active-Semi’s strength in power efficient analog and mixed signal solutions that enable users to accelerate time to market and reduce total cost of ownership. In fact, the company anticipates the buyout to bolster its addressable markets by approximately $3 billion.
The company also recently enhanced 5G infrastructure solutions portfolio with industry’s first stand-alone ET PMIC that is “capable of modulating the power supply at 100 MHz for 5G New Radio (NR) operation.”
Further, Qorvo augmented shipments of 5G massive MIMO infrastructure solutions to various OEMs. The company also secured new design wins across all sub-6 GHz 5G frequency bands. The company’s expanding RF product portfolio pertaining to 5G and massive MIMO base stations bodes well in the long haul.
Bottom line: Qorvo is a central player in RF (radio frequency) and 5G chip technologies, but the Huawei decision and escalation of tariff tensions is not helping their earnings visibility. Until the estimates stop going down and start heading back up, it's probably best to stand aside. The Zacks Rank will let you know.
Breakout Biotech Stocks with Triple-Digit Profit Potential
The biotech sector is projected to surge beyond $775 billion by 2024 as scientists develop treatments for thousands of diseases. They’re also finding ways to edit the human genome to literally erase our vulnerability to these diseases.
Zacks has just released Century of Biology: 7 Biotech Stocks to Buy Right Now to help investors profit from 7 stocks poised for outperformance. Our recent biotech recommendations have produced gains of +98%, +119% and +164% in as little as 1 month. The stocks in this report could perform even better.
See these 7 breakthrough stocks now>> 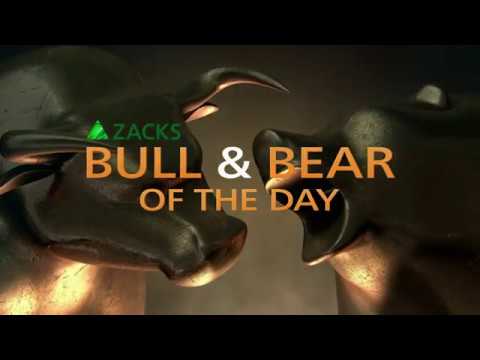 Bear of the Day: Monarch Casino and Resort (MCRI)