Heading into this earnings season, there are some very lofty expectations. This season kicks off just ahead of one of the most important FOMC meetings of the last five years. The market is up at all-time highs and investors will be seeking justification for its lofty expectations. So, it’s fitting that I go ahead and put my neck on the line with a Bull of the Day that’s set to report earnings after the bell today. I’m talking about Zacks Rank #1 (Strong Buy) United Airlines (UAL - Free Report) .

United Airlines Holdings, Inc., through its subsidiaries, provides air transportation services in North America, Asia, Europe, the Middle East, and Latin America. It transports people and cargo through its mainline and regional operations. As of December 31, 2018, the company operated a fleet of 1,329 aircraft. It also sells fuel; and offers catering, ground handling, and maintenance services for third parties. The company was formerly known as United Continental Holdings, Inc. and changed its name to United Airlines Holdings, Inc. in June 2019.

Currently, United Airlines is a Zacks Rank #1 (Strong Buy) because of the slew of positive estimate revisions coming in for the current year and next year. Over the last sixty days, five analysts have increased their estimates for the current year. For next year, one analyst dropped their number, while four have increased. The overall impact on the Zacks Consensus Estimate has been very positive for both time frames. Current year consensus has jumped from $11.02 to $11.20 while next year’s number has gone up from $12.04 to $12.30.

The company has beat earnings handily the last two quarters. Two quarters ago, the company reported EPS of $2.41 versus estimates calling for $1.86 while last quarter’s number came in at $1.15 versus 94 cents. Analysts are looking for $4.07 EPS this quarter on revenues of $11.38 billion. That would represent earnings growth of 26.01% on revenue growth of 5.57%. 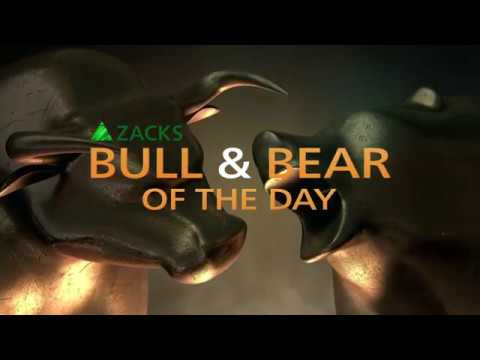