Bull of the Day: Amazon (AMZN)

Amazon (AMZN - Free Report) doesn’t need much of an introduction these days and it hasn’t in some time. Nonetheless, it is well worth detailing why the e-commerce and cloud-computing powerhouse appears strong at the moment, especially heading into its second-quarter 2019 earnings release.

Jeff Bezos doesn’t hide his ambitions to expand his one-time online bookstore into more industries to become the Amazon of anything under the sun. Amazon’s size, delivery, and ability to provide customers with increased choice based on price, has forced the likes of Walmart (WMT - Free Report) , Target (TGT - Free Report) , and Kroger (KR - Free Report) to revamp their business models in the digital age. The firm’s Prime users, who pay $12.99 per month for shipping deals, have reportedly swelled to over 100 million, and the company hopes to entice more as it ups its overall speed through a larger logistics push.

Amazon’s reach also includes streaming video, of which it boasts original shows and live sports, including NFL games. The Seattle giant has placed itself firmly in the fight for streaming users and dollars against not only Netflix (NFLX - Free Report) but soon enough Disney (DIS - Free Report) , Apple (AAPL - Free Report) , and many others. Meanwhile, Amazon’s position as a go-to hub for shopping and entertainment has helped it become the third-largest digital advertiser in the U.S., behind only Google (GOOGL - Free Report) and Facebook (FB - Free Report) . 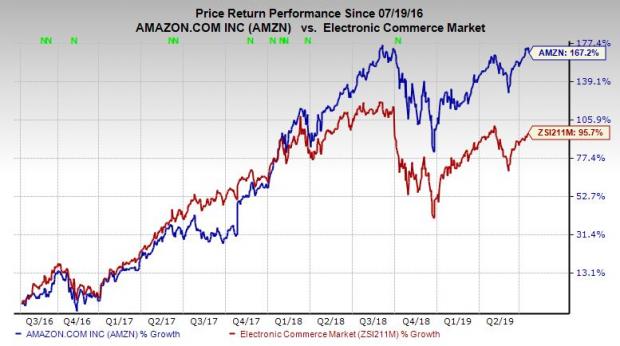 With that said, Amazon’s growing strength has made it a target of government regulators in Europe and the U.S. On Wednesday, The European Commission announced that it has started a formal probe into the firm’s third-party-seller business. Amazon is, of course, aware of the negative spotlight, which is part of the reason why Bezos in June downplayed the firm’s outsized control of the e-commerce market. Amazon’s CEO said that the firm currently holds roughly 4% of total retail spending in the U.S. and that “third-party sellers are kicking our first-party butt. Badly.”

Bezos proclaimed that third-party sellers have thrived on Amazon compared to rival eBay (EBAY - Free Report) and now account for 58% of the company’s gross merchandise sales. This is an important distinction because Amazon only makes money from the fees and commissions it charges third-party sellers. And Amazon most likely hopes this higher-margin business continues to expand to help propel its profits, just as its cloud computing AWS unit has over the last several years.

In fact, Amazon’s head start in cloud not only helped it stand out against rivals such as Microsoft (MSFT - Free Report) , but helped it become the behemoth it is today.

Looking ahead, our current Zacks Consensus Estimate calls for the company’s Q2 revenue to jump 18.2% to $62.51 billion. This would top Q1’s 17% top-line expansion, but mark a major slowdown from the last serval years.

Despite the slowing revenue growth, which becomes harder as firms expand, it appears that Amazon is ready to report impressive and steady sales growth. The firm’s full-year fiscal 2019 revenue is projected to jump 18.2% to reach $275.3 billion, with 2020 expected to climb nearly 18%, or nearly $50 billion, above our current-year estimate to reach $323.7 billion.

Amazon has also seen its earnings estimate revision activity trend completely upward across the board in the last seven days. Investors will also notice just how much Amazon’s earnings, adjusted for non-recurring items, have soared recently.

Shares of Amazon have surged roughly 31% so far this year to outpace the S&P 500’s 18% climb. AMZN stock now hovers less than 5% below its 52-week intraday day high of $2,050.50 a share. In terms of valuation, some of Amazon’s metrics are stretched compared to its industry and the market.

But at 60.5X forward 12-month Zacks Consensus EPS estimates, AMZN rests below where it has in the recent past and marks a discount to fellow FAANG power Netflix’s 76.8X. Plus, Amazon’s forward price/sales ratio of 3.3 marks a discount compared to Apple’s 3.5 and continues to represent a deal against the Electronic Commerce Market.

Amazon’s recent upward earnings estimate revision activity helps it earn a Zacks Rank #1 (Strong Buy) at the moment, heading into its Q2 2019 earnings release. The firm is projected to report its second-quarter metrics after the closing bell on Thursday, July 25. 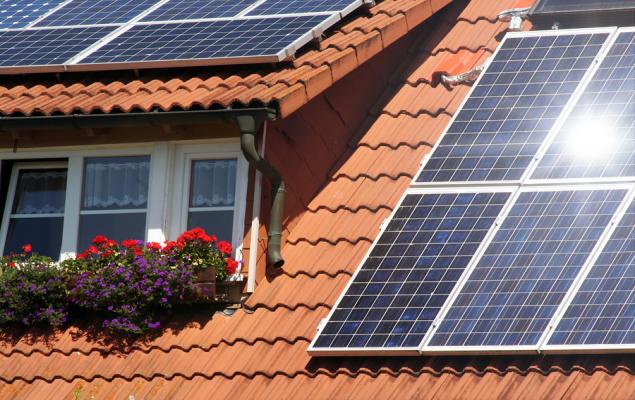