It is hard to draw any firm conclusions from the June-quarter earnings results that we have seen already. But we do find the absence of major negative surprises at this stage as reassuring and generally favorable.

The trade overhang is unsurprisingly getting referenced on many earnings calls, but we aren’t seeing across the board negative guidance. This may change in the coming days as the reporting docket expands beyond the Finance sector which has a heavy presence in the results thus far.

Having seen results from 79 S&P 500 members or 15.8% of the index’s total membership through Friday, July 19th, we will call the results thus far as good and reassuring enough.

Here are the key takeaways from the Q2 earnings season after seeing results from 79 S&P 500 members through Friday, July 19th.

First, no major surprises on the growth front, which we knew will be anemic. We should keep in mind however that the growth challenge is more a function of tough comparisons to last year’s record results than a cyclical downturn in profitability.

Total earnings for the 79 index members that have reported are up +2.6% from the same period last year on +2.9% higher revenues. Earnings and revenue growth for the same cohort of companies had been +1.7% and +3.1% in the preceding earnings season, respectively. The comparison chart below puts this growth picture in a historical context for these 79 index members. 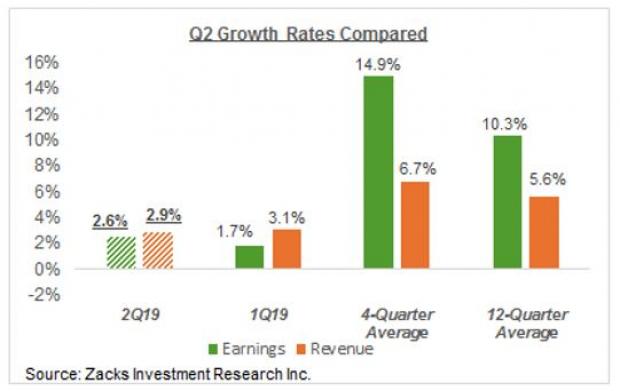 This anemic growth pace is expected to persist through the current period as well, as we will show a little later.

Second, most companies are comfortably beating EPS and revenue estimates.

For the 79 index members that have reported results already, 79.7% are beating EPS estimates and 60.8% are beating revenue estimates. For the same cohort of companies, the proportion of positive EPS and revenue surprises was 79.7% and 55.7% in the Q1 earnings season. The comparison charts below put the Q2 beats percentages in a historical context for these 79 companies. 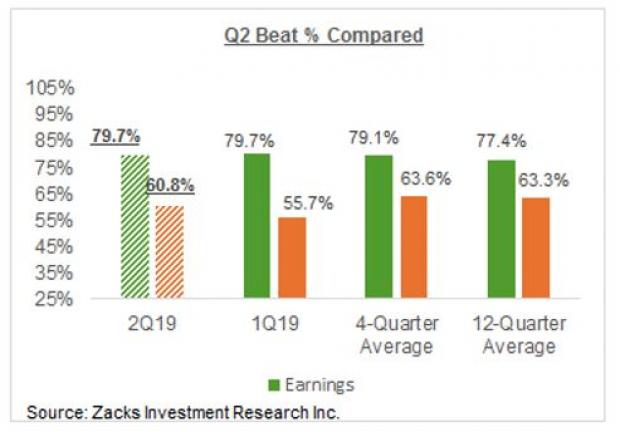 It is reassuring to see companies doing better on the revenues side relative to the unusually weak showing on this front in Q1, as you can see in the chart below. 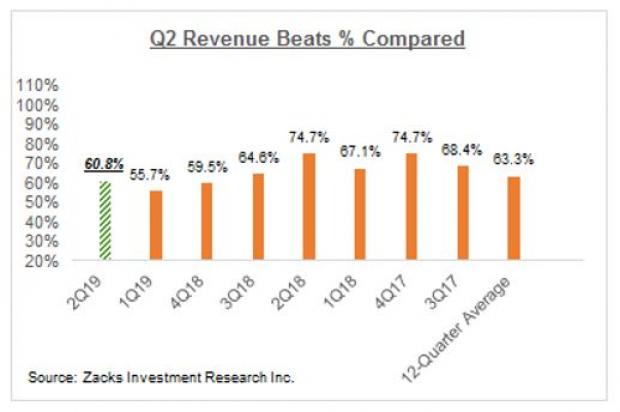 A preponderance of positive surprises isn’t typically a big deal, since it implies that estimates were likely too low. The thing we do know is that estimates for the June quarter had not dropped as much ahead of the start of the reporting period by as had been the case in other recent periods. In other words, one could argue that Q2 estimates were not low, which makes the above-average proportion of positive surprises relatively significant.

We should keep in mind that it is still relatively early and this trend could change as move into the heart of the Q2 earnings season this week and beyond.

Third, estimates for 2019 Q3 are coming down more than what we saw in the comparable period for the June quarter.

The chart below shows how estimates for 2011 Q3 have evolved over the last four weeks. 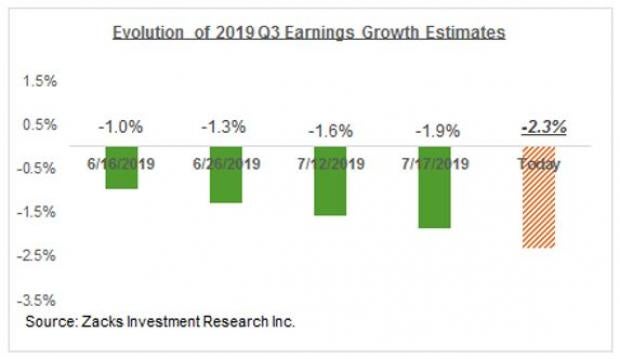 Estimates for full-year 2019 are coming down as well, though the magnitude of negative revisions is a lot lower currently than had been the case at the start of the year, as the chart below shows. 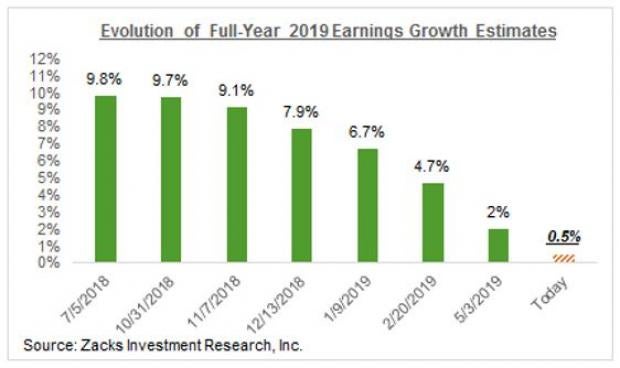 We now have Q2 results from 79 S&P 500 members that combined account for 24.3% of the index’s total market capitalization. Total earnings for these 79 index members are up +2.6% from the same period last year on +2.9% higher revenues, with 79.7% beating EPS estimates and 60.8% beating revenue estimates.

For the Finance sector, we now have Q2 results from 47.8% of the sector’s total market cap in the S&P 500 index. Total earnings for these Finance companies are up +4.1% from the same period last year on +3% higher revenues, with 75.9% beating EPS estimates and 72.4% beating revenue estimates.

The comparison charts below put the Finance sector’s Q2 results in a historical context.

The most notable aspect of the sector’s results thus far is the momentum on the revenue side, as you can see in the comparison charts above. Not only is a high proportion of Finance sector companies beating revenue estimates, but the revenue growth pace is also fairly respectable.

Q2 Expectations as a Whole

The table below shows the summary picture for Q2, contrasted with what was actually achieved in the preceding earnings season. 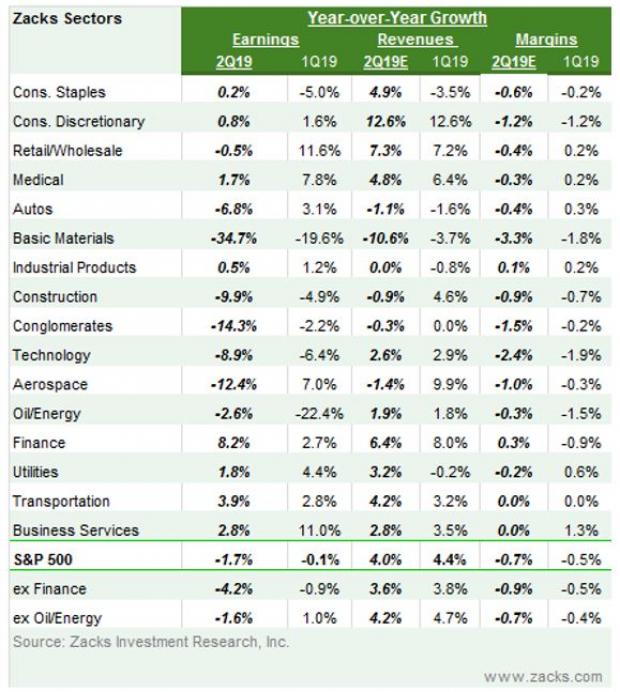 The chart below the Q2 earnings and revenue growth pace in the context of where growth has been in recent periods and what is expected in the next few quarters. 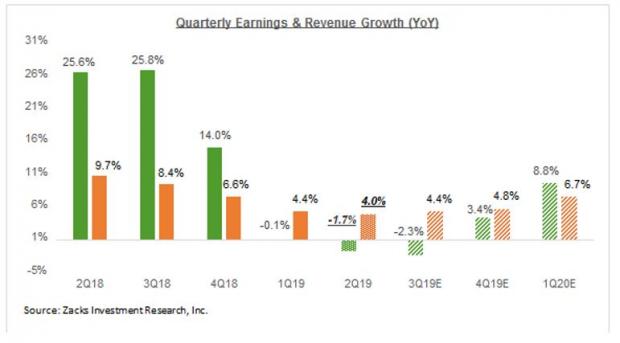 For an in-depth look at the overall earnings picture and expectations for Q2 and beyond, please check out our weekly Earnings Trends report from July 17th.