Manhattan Beach, California-based Skechers Inc (SKX - Free Report) , designs, develops and distributes a wide range of athletic and casual footwear. It’s products are available in 170 countries around the world and business is booming.

In fact, it’s the international business that’s driving Skechers rapid growth of late, now accounting for better than 55% of total sales. In the most recent report, the company cited increasing popularity in India, the Middle East and China for it’s all-time high quarterly revenues of $1.26B and a big earnings beat, with the company netting $0.49/share – almost 50% higher than the Zacks Consensus Estimate of $0.33/share.

Skechers CEO Robert Greenberg explained that the company has been strategically viewing their business “through a global lens as trends travel faster (now).” The company introduces key product styles simultaneously around the world, streamlining supply chains and allowing them to replicate the same success they’ve had in the US in the developing world.

In the most recent quarter, domestic sales were up 1.5%, but international sales grew by a whopping 19.8%.

Skechers operates it’s own retail outlets, including 474 company stores in the US, 284 company-owned stores internationally, 227 joint venture stores and 2,075 licensee and franchised locations. The company also operates its own e-commerce websites.

Although most manufacturing is outsourced to lower cost international firms, Skechers handles all other aspects of the business from the design table all the way to customers’ feet, providing near-total vertical integration. Building on recent success, the company is aggressively expanding its global distribution footprint.

Though those gross margins slipped a bit in the most recent quarter due to promotional efforts to clear seasonal merchandise, at 48.5%, they remained well above the apparel industry median.

Thanks to the strong sales growth, positive earnings guidance and rising analyst estimates, Skechers shares are up 73% so far in 2019, considerably higher than the S&P 500 and the Shoes and Apparel industry which are both up roughly 18%.

Even after the recent runup, Skechers still trades at a forward P/E Ratio of just 18X, roughly in line with the S&P 500 and considerably lower than the industry average of 27X.

The strong guidance has led to 5 positive upwards earnings revisions and a Zacks Rank #1 (Strong Buy). The Zacks Consensus Earnings Estimate now stands at $2.21/share for 2019 and $2.48/share for 2020.

The apparel and retail industries can be a fiercely competitive space, with fickle consumer tastes and trends toward discounting often pressuring margins, but right now, Skechers has the products consumers around the world demand and the operational efficiency to deliver those products profitably. With a reasonable valuation and a Momentum Style Score of “A”, these shares have plenty more room to run. 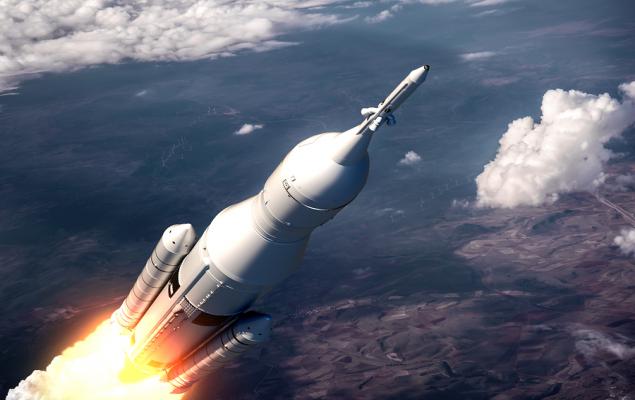