The broad market indexes have been in free fall since last week’s announcement that the Trump administration would impose 10% tariffs on $300 billion worth of Chinese imports. The potential effects are wide ranging for any company that depends on trade with China, Chinese-sourced components or even the foreign exchange markets as the Chinese government allows the Yuan to trade lower in order to keep the prices of its goods competitive.

All selling is not created equal however, and many companies with little or no exposure to the trade war have seen significant declines even though their results are unlikely to be materially affected. In a “risk-off” environment, often the baby is thrown out with the bathwater

Interactive Corp (IAC) is one of those stocks. Heading into their quarterly earnings report on Wednesday, there’s no reason to believe the global economic conditions will hinder the company’s performance. IAC has beat the Zacks Consensus Earnings Estimate during the past six consecutive quarters.

Back in May of 2018, shares of Match Group and its majority owner Interactive Corporation (IAC) took a major hit when Facebook (FB) announced that they would be developing their own dating app which was expected to eviscerate Match’s share of the online dating market. The concept certainly made sense at the time – if Facebook users were able to easily convert the profiles they had already created into dating resumes, demand for Match.com - and it’s most popular product Tinder - could dry up.

But it hasn’t happened yet and Match Group majority owner Interactive Corporation continues to turn in outstanding results.

Though Interactive Corp was unequivocally bold in explaining that they were comfortable with their  20+ year head start in the internet dating game, investors threw in the towel, expecting that Facebook - with a market cap north of $500B and 2 billion active monthly users - would soon dominate dating the same way it had dominated social media. 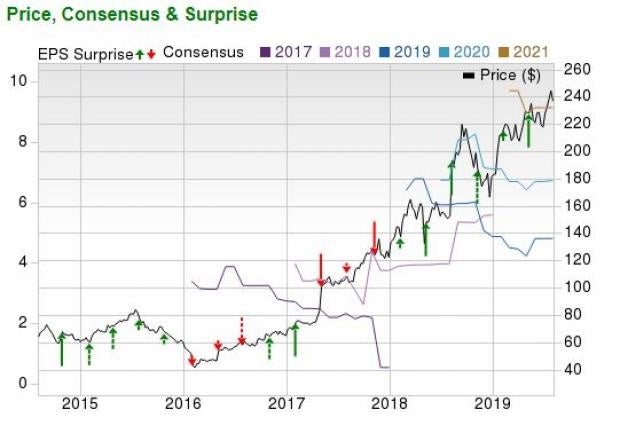 Founded in 1995, Match Group and its flagship product Match.com are far and away the biggest household names in online dating.  Growing both organically and through acquisitions, the group now encompasses popular sites and apps across a broad spectrum of potential daters. Match group has 7 million subscribers worldwide and 3 million of them use Tinder - the most profitable segment of Match Group’s business for advertising.

Though Tinder is the most recognizable name in the IAC portfolio, they also operate multiple smaller services aimed at a vast range of dating preferences, broken down by age, race, ethnicity, religion and even political beliefs.

Match Group, while an independent public company, is mostly owned by Interactive Corp (IAC), which holds 81% of the economic value and 97% of the voting rights in Match. Originally formed as a television media company, IAC owns approximately 150 brands across a wide swath of media - primarily internet sites. Though many are household names – like Dictionary.com, Investopedia and Angie’s List - IAC is most closely associated with the Match Group because Match contributes as much as 40% of IAC’s revenue and more than half of EBITDA, in any given quarter.

Importantly, with a negligible amount of total revenues coming from the Asia Pacific region and no products sold that are subject to tariffs, IAC looks to be well-insulated from the dicey global economic headwinds that are weighing on the major indices. Now looks to be a good opportunity to take advantage of the indiscriminate selling during the past few trading sessions and pick up IAC shares on sale as we approach Q2 earnings. 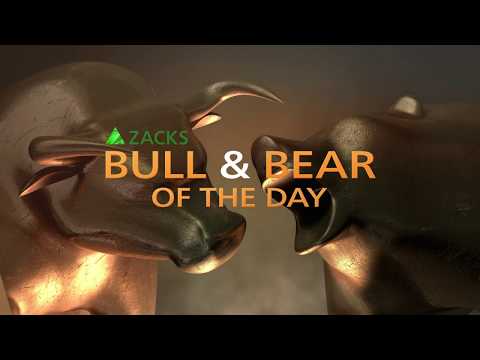 Bull of the Day: Adidas (ADDYY)