You probably already know about the Zacks Rank. And if not, then we’ll be glad to tell you all about it because we’re very proud of this tool that harnesses the power of earnings estimates. In fact, the average yearly gain for Zacks Rank #1s (Strong Buys) is more than 24% per year since 1988. It’s a great first step in improving your odds of success.

As with most things in the market, the early investor gets the return. So if you can get into a Zacks Rank #1 or Zacks Rank #2 (Buy) relatively soon after the stock obtains that status, then the higher your profit potential can be.

Below are three stocks that reached the top of the Zacks Rank within the past four weeks. You’ll notice that all of them have seen impressive upward revisions in their earnings estimates over the past 30 days. They were all found using the Zacks Rank Upgrades screen.

Speaking of upgrades, the U.S. and much of the ROTW have lofty plans to generate as much as 50% of their energy from renewables over the next few decades.

A lot of that upgrade will be coming from the sun, which is only fitting since that big orange ball in the sky will become a ‘red giant’ one day about 5 billion years from now and destroy the earth.

So let’s get what we can from it now, huh?

The solar space has jumped more than 80% so far this year. It continues to get more residential and industrial customers, which explains its position in the top 23% of the Zacks Industry Rank.

And it shows no signs of slowing down.

SolarEdge Technologies (SEDG - Free Report) plans to be a big part of the globe’s upgrade in energy. In fact, it already is. In the second quarter, the company reported record non-GAAP EPS and revenues, despite increased tariffs.

Furthermore, shares have soared more than 130% so far this year.

It reported 94 cents per share earlier this month, which improved 14.6% from last year and beat the Zacks Consensus Estimate by 9.3%. The company has only missed twice since going public in early 2015.

Most importantly, though, for this screen, earnings estimates have moved sharply higher over the past month. 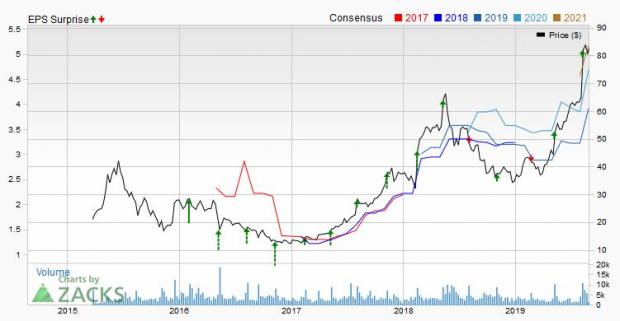 Remember that big infrastructure bill that was going to breeze through Congress with bipartisan support and remind everybody that Washington still works? Well, we’re still waiting on that.

Luckily, a company like MasTec (MTZ - Free Report) doesn’t need to wait around for the government to get its act together. The company soared 47.5% so far this year, which easily beats its highly-ranked industry’s year-to-date performance of only 13.3%.

The building products – heavy construction space is in the top 34% of the Zacks Industry Rank with the 87th spot out of 256.

MTZ is a leading infrastructure construction company that engages in the engineering, building, installation, maintenance and upgrade of energy, communication, utility and other infrastructure.

But perhaps the most impressive thing is that shares of MTZ are up 16.6% so far in August, which has turned out to be just a horrible month for stocks as they grapple with trade uncertainty and recession fears.

So what happened at the beginning of the month to spark this rally?

A strong second quarter report, which continued the stock’s enviable streak of positive quarterly surprises. For example, earnings per share of $1.60 jumped 54% from last year and beat the Zacks Consensus Estimate of $1.12 by almost 43%.

MTZ has been outperforming our expectations for years now, amassing an average surprise of more than 21% over the past four quarters.

It’s 18-month backlog through June 30 was a record $7.8 billion, which is up $51 million from last year and a sign of strong demand in its end-markets for 2019 and beyond.

MTZ lifted its outlook for 2019 and the analysts followed suit. 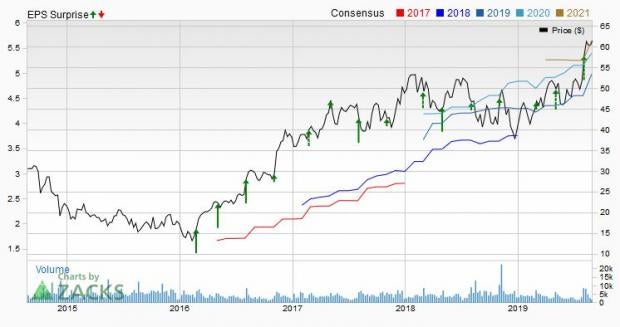 You can’t do an article about upgrades without a little love to the semiconductors, which is one of the main reasons why this whole technology thing really took off.

The electronics-semiconductors space is in the Top 35% of the Zacks Industry Rank with the 90th spot out of 256 industries. It’s up more than 17% so far this year.

But Cirrus Logic (CRUS - Free Report) laughs at that year-to-date performance, because this fabless semiconductor supplier is up nearly 62% in the same time.

A month ago, the company reported its fifth straight positive surprise. Fiscal first-quarter earnings of 35 cents beat the Zacks Consensus Estimate by a robust 133% and improved upon last year’s 28 cents.

It has an average surprise of around 108% over the past four quarters.

Revenues of $238.25 million also topped our expectations by 7.35%. CRUS enjoyed strong demand for amplifiers and smart codecs shipping for smartphones.

Earnings estimates have jumped since the quarterly report, as the company continues to be a major player in the Android market while making the most of opportunities in digital headsets, MEMS microphones and voice biometrics.

Earnings estimates for next fiscal year have jumped 15.1% in the same time to $2.89 per share.

That consensus suggests only a 6.3% advance from the previous year, but it should be noted that this period doesn’t end until March 2021. So there’s plenty of time for analysts to revise higher. 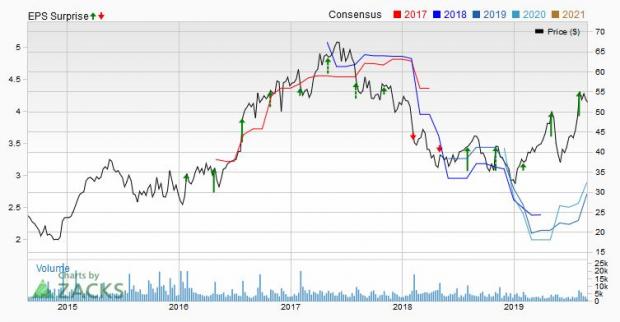 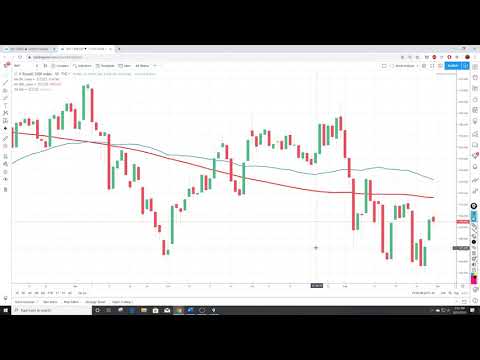