Bear of the Day: Cleveland-Cliffs (CLF)

With all the uncertainty surrounding the trade war, things have been tough for investors in some industries. The overall market has recently shaken off these worries and are rallying on the hopes of a deal getting done. That doesn’t mean the entire market has been participating. Today’s Bear of the Day is a stock that has been missing out on the bullish action of the broad market. It’s Zacks Rank #5 (Strong Sell) Cleveland-Cliffs (CLF - Free Report) .

Cleveland-Cliffs Inc. operates as an iron ore mining company in the United States, Canada, and internationally. The company operates four iron ore mines, including the Tilden mine in Michigan; and the Northshore, United Taconite, and Hibbing mines in Minnesota. It serves integrated steel companies and steel producers. The company was formerly known as Cliffs Natural Resources Inc. and changed its name to Cleveland-Cliffs Inc. in August 2017.

The Mining – Miscellaneous industry is in the Bottom 39% of our Zacks Industry Rank. Currently, the stock is a Zacks Rank #5 (Strong Sell). The reason for the negative rating lies in the series of negative estimate revisions coming from analysts. Over the last week alone, two analysts have cut their estimates for the current year and next year. The negative revisions have cut our Zacks Consensus Estimates for the current year and next year. Current year consensus has come down from $1.80 to $1.50 while next year’s number is down from $1.54 to $1.26. It’s important to note that analysts here are expecting a year-over-year contraction in earnings of 16.4%. This year’s contraction is already forecast at 29.58%. 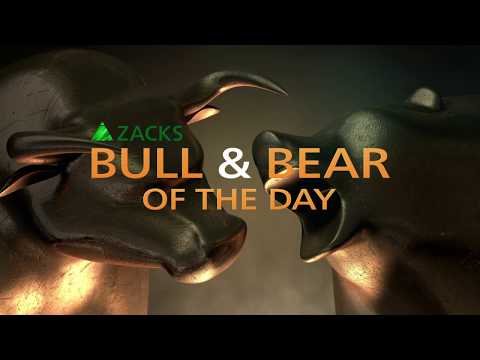