The broad US equity markets rallied to within about 1% of all-time record highs last seen in July on Tuesday as earnings season got rolling with solid beats from JP Morgan Chase (JPM - Free Report) , Johnson and Johnson (JNJ - Free Report) and UnitedHealth Group (UNH - Free Report) .

A strong consumer lending business helped JPM earn $2.68/share, topping the Zacks Consensus Estimate of $2.44 by 24 cents. Mortgages, car loans and credit cards all contributed to the solid results, though CEO Jamie Dimon did surprise investors during the conference call by predicting a looming recession. Dimon pointed out that trade-related geopolitical issues were already reducing the confidence of business leaders and limiting capital expenditures.

Dimon also stated that the US consumer still appears to be in good shape. JPM shares were trading up 4% at midday.

The world’s largest drug maker Johnson and Johnson largely shrugged off concerns about product liability legal troubles, posting strong revenue growth in several of its prescription drugs and net earnings of $2.12/share. The Zacks Consensus Estimate had been $2.00/share. Pharmaceutical sales grew more than 5% during the quarter and overall revenues were up 1.9% to $20.7 billion.

Though thousands of lawsuits are pending because of safety issues with the prescription antipsychotic drug Risperdal as well as talc and opioids, Tuesday’s report demonstrated that JNJ’s core businesses in pharmaceuticals, consumer goods and medical devices remain strong. The company declined to break out litigation costs during the quarter, but investors still sent the shares 2% higher.

One of the biggest winners of the day was UnitedHealth which rose better than 8% after posting adjusted net earnings of $3.88/share, beating the Zacks Consensus Estimate by $0.13/share. Revenues were up 6.7% year over year to $60.35 billion and the insurance giant saw increased sales in its pharmacy benefits unit as well as its core health insurance business.

Many healthcare stocks have been under pressure lately because of speculation about changes that several of the leading Democratic Presidential candidates are proposing for the industry. We’re still more than a year away from that election however, and this most recent report from UNH served to reassure the markets that things are just fine in the Health Care industry for the time being.

Finally, there was one notable earnings miss from Goldman Sachs (GS - Free Report) and those shares failed to participate in the broad market rally. Goldman missed the Zacks Consensus Earnings Estimate of $5.03/share, netting just $4.79/share.

Though Mergers and Acquisitions and Commercial Lending remain strong, Goldman doesn’t have the same kind of penetration in consumer products that helped JPM to solid results. GS shares initially sold off, but turned the slide around to inch fractionally higher on the day.

All in all, it’s a strong start to earnings season. We’ll get a look at Netflix (NFLX - Free Report) results on Tuesday night, Bank of America (BAC - Free Report) on Wednesday and Coca-Cola (KO - Free Report) on Friday. A few more positive surprises should easily push the major averages to new highs. 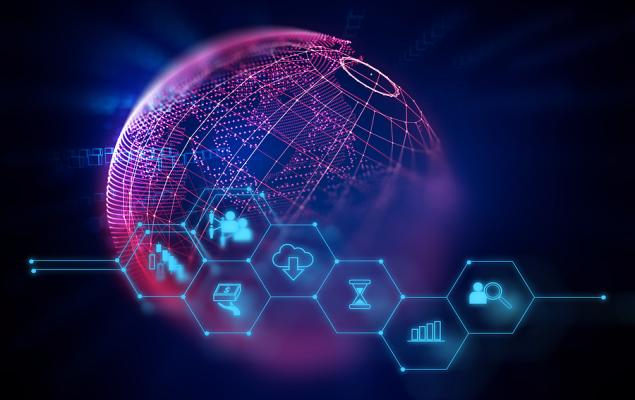 Fintech Stocks For Your Portfolio Of The Future