The industry also includes a handful of stocks that offer fuel cell energy solutions, which gained popularity as an affordable clean energy of late.

Per the latest Global Trends in Renewable Energy Investment report, the year 2018 marked the fifth successive period in which global investment in renewable exceeded $250 billion.  According to a BloombergNEF study, investment in clean energy is set to hit $2.6 trillion in the years from 2010 through the end of 2019 with the United States being a major contributor.

The Zacks Alternative Energy industry is housed within the broader Zacks Oils-Energy sector. It carries a Zacks Industry Rank #103, which places it in the top 41% of more than 250 Zacks industries.

The Alternative Energy Industry has underperformed the Zacks S&P 500 composite but outperformed its own sector over the past year. The industry has declined 5.2% while the Oils-Energy sector has decreased 13.2%. Meanwhile, the S&P 500 has increased 15.3%.

On the basis of trailing 12-month EV/EBITDA ratio, which is commonly used for valuing alternative energy stocks, the industry is currently trading at 3.69 compared with the S&P 500’s 11.23 and the sector’s 4.77.

Currently, electricity is the fastest-growing form of end-use energy with renewables likely to become a key source of electricity generation in the coming years. Rapidly expanding corporate investments from the nation in renewables should allow stocks in this space to continue generating impressive shareholder returns in the near future and help the United States be a constant forerunner in the alternative energy space.

However, fossil-fuel combustion from residential and commercial buildings accounts for roughly 29% of total U.S. greenhouse gas emissions. So, if the country is determined to build a cleaner environment, cutting down carbon emissions from energy use in buildings is necessary. While smart energy buildings are in vogue currently, reducing emissions from existing buildings remains a challenge.

Nevertheless, given its favorable industry rank, investors may bet on a few alternative energy stocks that exhibit a strong earnings outlook. Also, there are some players in this space that shareholders might want to hold on to.
Here we present three alternative energy stocks with a Zacks Rank #2 (Buy) or 3 (Hold) that investors may want to invest in or retain for the time being. You can see the complete list of today’s Zacks #1 Rank (Strong Buy) stocks here.

Bloom Energy Corp. BE: For this San Jose, CA-based company, the Zacks Consensus Estimate for current-year bottom line indicates a year-over-year improvement of 54%. The stock came up with average positive surprise of 60.12% in the trailing four quarters. The company carries a Zacks Rank of 2. 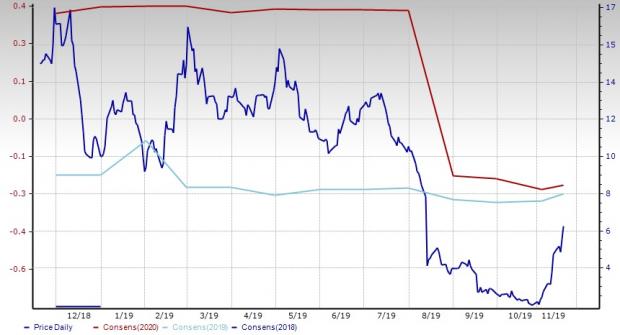 FuelCell Energy, Inc. FCEL: For this Danbury, CT-based company, the Zacks Consensus Estimate for current-year bottom line indicates a year-over-year rise of 58%. The stock delivered average beat of 22.24% in the last four quarters and is Zacks #2 Ranked.

Evergy Inc. (EVRG - Free Report) : For this Kansas City, MO-based company, the Zacks Consensus Estimate for current-year earnings indicates 7.9% growth year over year. The stock has a solid long-term earnings growth estimate of 6.6% and a Zacks Rank of 3. 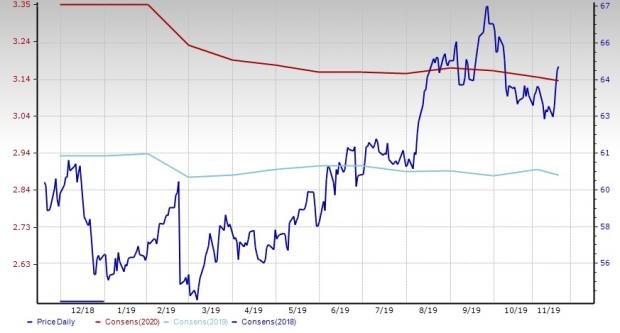