Kemet Corporation (KEM - Free Report) has slipped to a Zacks Rank #5 (Strong Sell) after guiding lower.  It should be noted that the company has also agreed to be bought for $27.20 in cash, so let's take a look at what investors should do if they hold KEM in this Bear of the Day article.

KEMET Corporation and its subsidiaries is the world's largest manufacturer of solid tantalum capacitors and and one of the world's largest manufacturer of multilayer ceramic capacitors. According to industry sources, tantalum and ceramic capacitors are the two fastest growing sectors of the United States capacitor industry. Capacitors are electronic components that store, filter and regulate electrical energy and current flow and are one of the essential passive components used on circuit boards.

On November 11, the company announced that Yageo will acquire all KEM shares for $27.20 in a transaction that is valued at $1.8B.

Investors that own the stock will recieve that amount in cash when the deal is completed, but with the stock trading at $26.50 or there abouts, the market is saying there is plenty of wiggle room in this deal.

The question becomes is there a good chance this deal doesn't go through, and if so, what happens to the stock?

Let's look at why this is a Zacks Rank #5 (Strong Sell) despite the buyout.

On November 11 the company reported inline EPS and revenue that was ahed of expectations.  It should be noted that revenue was down 6.2% on a year over year basis.

The company noted that they expect to see revenue to decline 8% to 13% in the next quarter.  That works out to be roughly $285M to $301M and the consensus revenue estimate was at $323M.

That is not what you want to see as a shareholder and should the deal fall through, this stock will tumble in a big way.

So the big question is what should you do if you own this stock?

First, it is hard to recommend further purchase of a stock that is in a deal to be bought out.  The chances of a white knight bid paying even more are very low considering the guidance for next quarter.

If you believe there is a good chance that this deal doesn't go through, you should sell the stock.

If you believe the deal happens, then hang in there and get the full price for your shares.

If it was me, I would look at it as a bird in the hand is worth two in the bush. 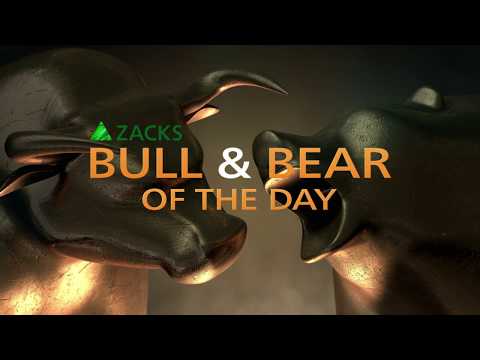 Bear of The Day: iHeartRadio (IHRT)