Bull of the Day: WellCare (WCG)

If you look at some of the biggest buildings in the downtown areas of the biggest cities in the country, you’re likely to see some signage from insurance companies. It is a big money business, and one that can enrich astute investors that know the right insurance stocks to buy. As with all stocks, there is risk. With insurance companies, you’ve got risks coming from not only the market but from Mother Nature herself. Just think about all the payouts coming after catastrophic events like hurricanes and tornados. Today’s Bull of the Day is an insurance company that makes its money from a business that doesn’t have to deal with natural disasters on a grand scale. I’m talking about a stock that’s in the HMO business.

Today’s Bull of the Day is Zacks Rank #2 (Buy) Wellcare Health . WellCare Health Plans, Inc. provides government-sponsored managed care services. The company operates in three segments: Medicaid Health Plans, Medicare Health Plans, and Medicare Prescription Drug Plans (PDPs). This stock really took a hit along with the entire industry earlier this year. There was a fear that politically the climate could change and setup a candidate with a “Medicare for All” plan to take office. That would have provided a major shock to the industry. Now that those fears have subsided a bit, the stocks in this industry have been on the move to the upside.

The Medical – HMO industry is in the Top 24% of our Zacks Industry Rank. Wellcare is currently a Zacks Rank #2 (Buy). The reason for the favorable Zacks Ranks lies in the series of earnings estimates coming in to the upside recently. Over the last thirty days, seven analysts have increased their earnings estimates for the current year while six have done so for next year. The bullish moves have really contributed to some upside action in our Zacks Consensus Estimate. The current year consensus is up from $13.99 to $15.42 over the last ninety days while next year’s number is up from $16.56 to $16.99. 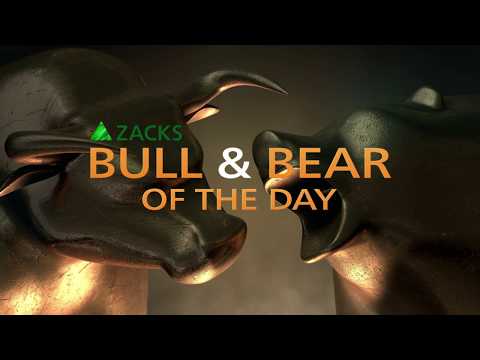 Bull of the Day: Qualys (QLYS)