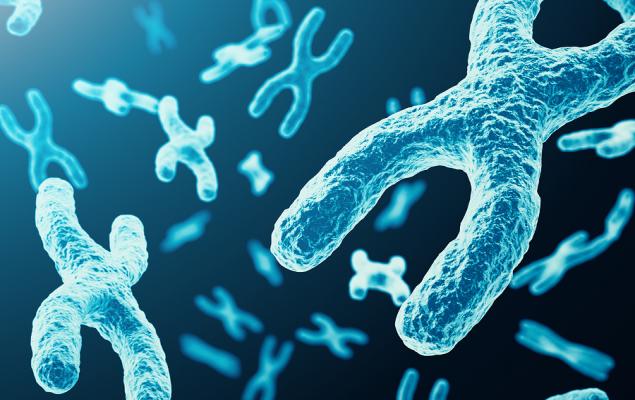 Read MoreHide Full Article
Guardant Health (GH - Free Report) is a $7 billion provider of diagnostic tests for early detection of cancer in high-risk populations and recurrence monitoring in cancer survivors.
With sales expected to break above $200 million this year, representing over 125% annual growth, their commercially available tests provide information that helps advanced cancer patients get the right treatment and helps drug companies get new therapies to market faster.
Conquering Cancer with Data
Examining cancer reappearance is widely expected to be a $15 billion market in the United States in the near term, while detecting patients with the risk of cancer is poised to be an $18 billion annual market.
Using specialized blood tests and liquid biopsy (examination of tissue) to detect cancer, Guardant has grown fast after launching the LUNAR DNA test for early detection. Along the spectrum, the company’s Guardant360 and GuardantOMNI products have played a significant role in identifying late-stage cancer.
The LUNAR assay is also used for research and for use in prospective clinical trials, including initial studies related to screening and early detection in asymptomatic individuals.
In pursuing what the company calls "precision oncology," Guardant has made a name for itself in matching cancer patients with customized treatments.
Q3 Earnings Inspire Analysts to Raise Estimates
On November 7, Guardant reported a third-quarter 2019 revenue of $60.8 million, an increase of 181% over the prior year period. The company also surprised investors with a quarterly loss of only 14-cents when the Street consensus was looking for a loss of 39-cents, thus delivering a 64% positive surprise.
Here were some of the highlights of the quarter as reported by the company...
**Reported 13,259 tests to clinical customers and 5,280 tests to biopharmaceutical customers in Q3, representing year-over-year increases of 89% and 111%
**Initiated ECLIPSE, a large-scale registrational study designed to support the performance of the company’s LUNAR-2 blood test in colorectal cancer screening in average-risk adults
**Submitted Premarket Approval Application package for Guardant360 to the U.S. Food and Drug Administration
**Launched CLIA-version of the LUNAR Assay for use in prospective clinical trials
“During the quarter, the Guardant team continued to make significant progress across our business,” said Helmy Eltoukhy, PhD, Chief Executive Officer. “We are especially excited by the recent initiation of our ECLIPSE study. If successful, we believe this registrational study will pave the way for a blood-based test to address the significant unmet need of physicians and their patients who seek an alternative to the current tools for colorectal cancer screening.”
After the 25-cent EPS surprise, Wall Street analysts raised their full-year 2019 consensus by 39-cents from a loss of $1.27 to a loss of 88-cents.
They also boosted next year's outlook from a loss of $1.29 to a loss of $1.18. On the top line, Guardant is expected to grow revenues by 30% to $267.4 million.
Race to the Future of Preventive Medicine
Genetic diagnostics is an exciting field full of innovative companies providing everything from full genome sequencing to specialized cancer tests.
Not only are people everywhere becoming more curious about their genetic ancestry, they're also getting more proactive about their genetic predisposition for health issues.
A peer of Guardant's in the space is Invitae (NVTA - Free Report) , the $1.7 billion provider of medical-grade genetic testing whose sales are also expected to eclipse $200 million this year.
Challenges for these companies include making money when the cost of testing is coming down so quickly and making sure that insurance reimbursement is available. Invitae has a head start in this arena after being selected by UnitedHealth (UNH) as one of only 7 key providers in their Preferred Lab Network, which includes the Mayo Clinic.
Plus, Invitae is creating a bigger brand footprint by offering many tests for free to those in need. In July, the company announced their Detect programs to provide no-charge genetic testing for conditions in which testing is underutilized and can improve diagnosis and treatment.
According to Invitae, research has shown no-charge testing programs result in earlier diagnosis and treatment. Enrollment was opened for Detect programs in four conditions: muscular dystrophy, prostate cancer, cardiomyopathy and arrhythmia and lysosomal storage diseases.
And in September, Invitae expanded the Detect program by announcing the availability of Detect Hereditary Pancreatic Cancer, a testing program that offers no-charge genetic testing and counseling to patients with pancreatic cancer. Genetic testing is recommended by clinicians for all pancreatic cancer patients to guide treatment choices and evaluate eligibility for clinical trials.
While the Detect no-charge programs are a net cost for the company, they create a wider data set for research in addition to fostering good will throughout public and medical communities.
In the neighborhood of innovation, Invitae announced in November the launch of Invitae Discover, a clinical research platform that leverages biometric data available through Apple Watch to provide better understanding of the genetic causes of disease. The first study on the platform will evaluate genetics in cardiovascular disease and was announced in conjunction with the American Heart Association's Scientific Sessions where researchers are presenting data on genetic screening in familial hypercholesterolemia.
While Guardant is a unique leader in its specialties, Invitae may be the better buy right now with a sub-$2 billion market cap. But both midcaps should remain on your radar if you want exposure to the exciting arena of genetic diagnostics.
Disclosure: I own NVTA shares for the Zacks Healthcare Innovators portfolio.
Just Released: Zacks’ 7 Best Stocks for Today
Experts extracted 7 stocks from the list of 220 Zacks Rank #1 Strong Buys that has beaten the market more than 2X over with a stunning average gain of +24.6% per year.
These 7 were selected because of their superior potential for immediate breakout.
See these time-sensitive tickers now >>

Bull of the Day: Tesla (TSLA)