Per a report by Solar Energy Industries Association (SEIA), in 2018, the solar industry generated a $17 billion investment in the U.S. economy.

The Zacks Solar industry is housed within the broader Zacks Oils-Energy sector. It currently carries a Zacks Industry Rank #153, which places it in the bottom 40% of more than 250 Zacks industries.

The group’s Zacks Industry Rank, which is basically the average of the Zacks Rank of all the member stocks, indicates bleak near-term prospects. Our research shows that the top 50% of the Zacks-ranked industries outperforms the bottom 50% by a factor of more than 2 to 1.

The industry’s position in the bottom 50% of the Zacks-ranked industries is the result of negative earnings outlook for the constituent companies in aggregate. 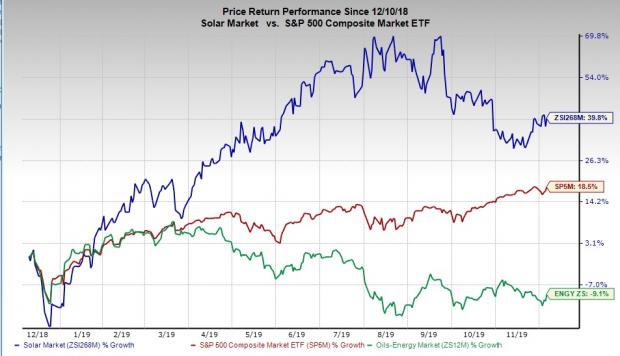 On the basis of trailing 12-month EV/EBITDA, which is commonly used for valuing solar stocks, the industry is currently trading at 21.77X compared with the S&P 500’s 11.55X and the sector’s 4.87X.

Undoubtedly, Trump’s imposition of the import tariff on solar products has dealt a major blow to the U.S. solar industry. However, factors like plummeting price of solar modules and panels, increase in the number of states that have made it mandatory to adopt 100% clean energy in the next few years and a significant spike in corporate investments are keeping the industry buoyant.

Leading public opinion research firm Global Strategy Group recently revealed new survey results, which indicated that 89% of U.S. voters support extension of clean energy tax incentives for solar. To this end, it is imperative to mention that per an analysis conducted by Wood Mackenzie Power & Renewables, extending tax incentives for solar and other renewables will create more than 100,000 jobs along with generating $87 billion in investment. Such legislations, supported by the nation’s majority, if imposed, can be projected to boost the U.S. solar industry.

Considering the solar industry’s ability to outperform the broader market over the last year, we are presenting three solar stocks with a Zacks Rank #3 (Hold) that investors may want to hold in their portfolio. You can see the complete list of today’s Zacks #1 Rank (Strong Buy) stocks here.

Enphase Energy, Inc. (ENPH - Free Report) : For this solar microinverter manufacturer, the Zacks Consensus Estimate for current-year earnings indicates a whopping year-over-year improvement of 790%. It came up with average positive surprise of 21.28% in the trailing four quarters. 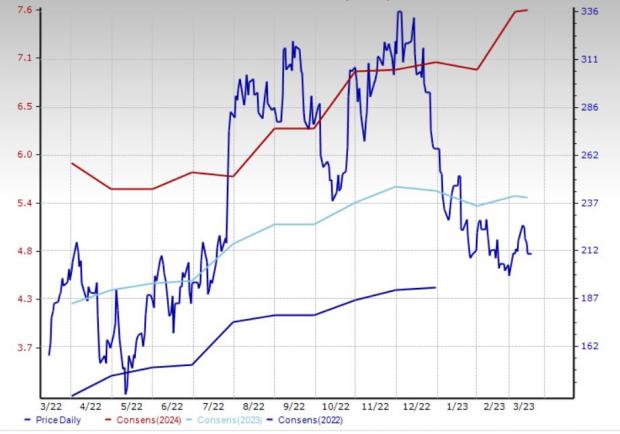 SolarEdge Technologies, Inc. SEDG: For this solar inverter developer, the Zacks Consensus Estimate for current-year earnings indicates year-over-year improvement of 27.78%. It came up with average positive surprise of 1.05% in the trailing four quarters. 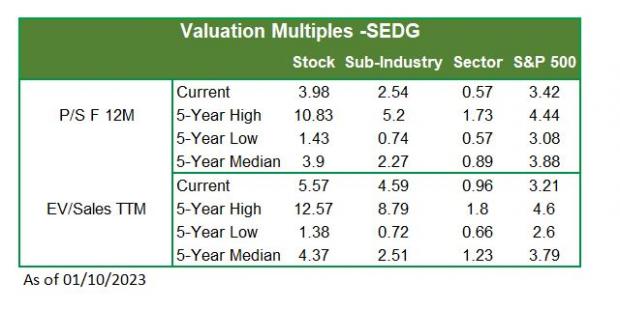 SunPower Corp. SPWR: For this solar panels and cells manufacturer, the Zacks Consensus Estimate for current-year loss improved 43.1% over the past 90 days. It came up with average positive surprise of 173.27% in the trailing four quarters. 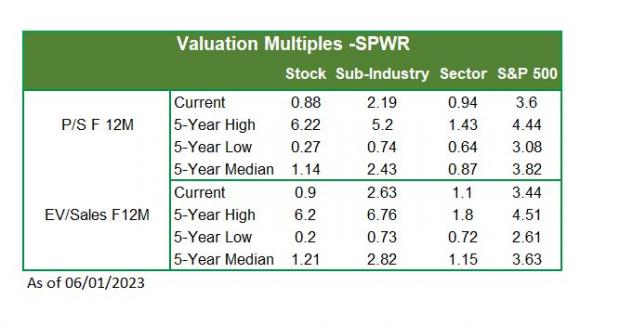