The New Year may have started out a little sluggish, but that’s just because 2019 ended with a record-setting run that saw new highs being reached on an almost daily basis.

Therefore, despite a little volatility from recent Middle East tensions, there are still several stocks lingering at or just under new highs. And what better time to get involved than when there’s a bit of a lull!

We've got a screen that finds Zacks Rank #1s (Strong Buys) that are reaching new highs... and should continue to do so until something knocks them off course. It's called Zacks #1 Rank New Highs. Given the progress made on trade in the past few weeks, they show now signs of stopping at the moment. Here are three recent picks from the screen:

Who dares compete against Alibaba, the Amazon of China?

Actually, these e-commerce giants have tons of competitors in both countries. They may be smaller and get a lot fewer headlines, but they’re carving out a piece of the market despite the multi-billion-dollar gorillas in the room.

JD.com (JD) is one such contender over in China. The company has beaten the Zacks Consensus Estimate for five straight quarters now, amassing an average positive surprise of nearly 190% over the past four.

Mid-November saw JD report third-quarter earnings per share of 29 cents, beating the Zacks Consensus Estimate by over 61%. (Based on the conversion of Renminbi to U.S. dollars at the time of the release.)

Revenue of $18.9 billion also beat expectations and improved 29% year over year. More than 70% of new customers in the quarter came from lower-tier cities, which is one of the company’s big avenues toward growth moving forward.

In addition to the strong quarter, there was another reason why analysts felt comfortable with raising their estimates for JD.

There’s been some improvement recently in the relationship between the U.S. and China. President Trump stated that a Phase 1 signing will take place on January 15 and that he will be travelling to Beijing to get started on Phase 2.

Progress in the trade conflict is something that both sides could put on their New Year’s resolutions lists.

JD will report again around February 27. It expects fourth quarter revenue growth of 21% to 25% over the fourth quarter of 2018… and that’s before any ‘done deals’ with trade! 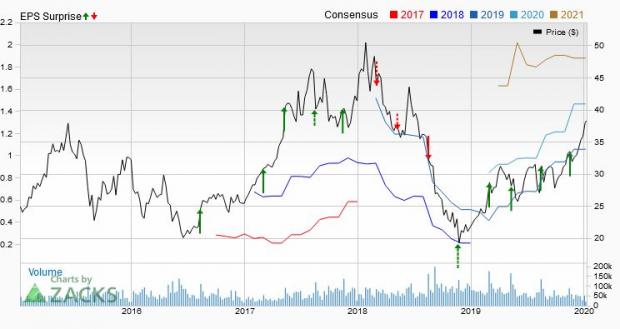 There are two things that Copart (CPRT) knows how to do REALLY well: 1) sell cars at auction and 2) beat the Zacks Consensus Estimate at earnings time.

Going back over the past 16 quarters; it has beaten 14 times, matched once and missed only once.

In its fiscal first quarter, CPRT reported earnings per share of 65 cents that beat the Zacks Consensus Estimate by more than 10% while also soaring from last year’s 47 cents.

An increase in services revenue was the big factor in this performance. The result of $487.8 million blew past the consensus of $462 million and accounted for 88% of total revenues.

Speaking of total revenues, they improved by more than 20% year over year to $554.4 million from $461.4 million. That result also topped our expectations at $531 million.

In addition to the rising service revenues, analysts are also confident about CPRT due to its expansion domestically and internationally, including to the U.K. and Germany.

Earnings estimates have improved over the past 60 days since the earnings report. The Zacks Consensus Estimate for this fiscal year, ending in July, climbed 5.7% in that time to $2.77 per share.

Oh, there’s another thing that CPRT did really well over the past year. Shares surged by 91% in 12 months!

And it takes that kind of uptrend to outperform the Auction & Valuation Services industry, which is up 75% over the past year. It’s in the top 6% of the Zacks Industry Rank with the 14th spot out of over 250 industries. 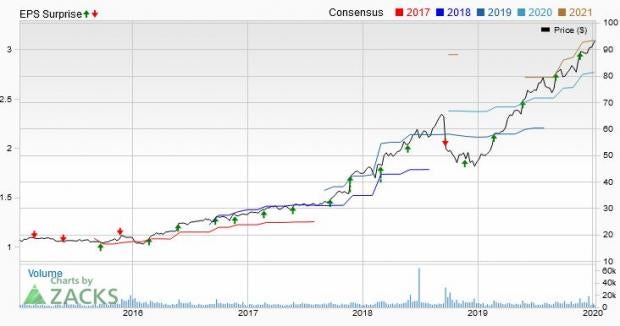 The market was more than happy with FormFactor’s (FORM - Free Report) third-quarter report from late October, but the analysts really flipped out after the semiconductor test and measurement company raised its fourth-quarter outlook in mid-December.

FORM provided investors with an early Christmas present last month when it raised its fourth-quarter revenue outlook to between $170 million and $178 million. Previously, it had been at $145 million to $155 million.

The new guidance is well above the Zacks Consensus Estimate at $150 million.

The EPS estimate was also raised to between 27 cents and 35 cents, instead of 22 cents to 30 cents. It’s also now above our estimate.

FORM attributed the increased outlooks to incremental demand at its Foundry and Logic businesses, which were better-than-expected when reporting its third quarter back in October.

Regarding that quarter, the company reported earnings per share of 22 cents that inched past the Zacks Consensus Estimate by nearly 5%. It has now beaten our expectations in 13 of the past 14 quarters and in the last seven consecutively.

It takes a good string of quarterly reports, along with an occasional mid-quarter upgrade, to keep up with an industry like electronics – semiconductors. This space is in the top 25% of the Zacks Industry Rank with a gain of more than 64% over the past year.

Well, FORM has had no problem outperforming its already highly-ranked industry. Shares have soared approximately 95% in the same time period.

The company will report again on February 5. 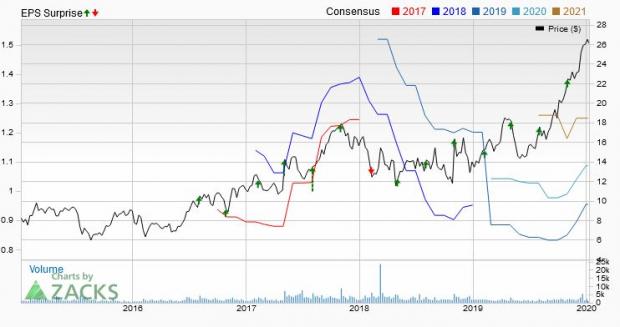 SCANS: The FAANG Of The Roaring 20s