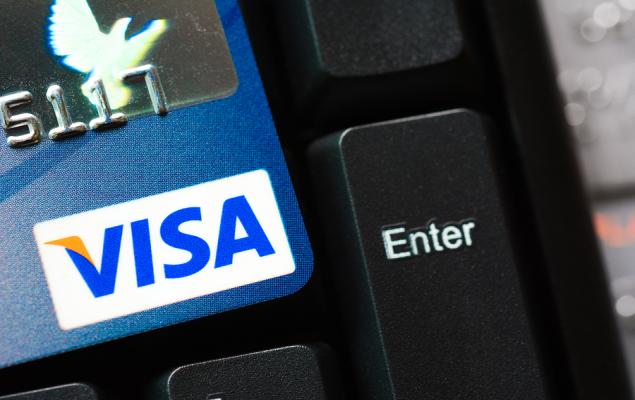 The Fintech & digital payment segment has been saturating and consolidating in recent years. M&A activity in this space peaked in 2019 with over $195 billion in deals, more than 3 times the value of the prior year, according to WSJ article.

New Fintech startups are entering this attractive space seemingly every day, and the best-capitalized Fintech giants have there pick of the liter. Below I will discuss the segments biggest M&A deals over the last year and which deals still have synergies to be priced-in.

Fiserv acquired First Data for $22 billion last year, closing the deal at the end of July. First Data is the largest merchant service company in the world, handling payment processing for leading enterprises such as Starbucks prepaid gift card processing.

This acquisition creates some short-term risk with integration costs and added debt from the deal.

FISV controls the market for banking software and solutions with a 40% share. The acquisition of First Data should progressively create substantial cost and revenue synergies that thrust this company into strong profitability.

These shares have grown 43% over the last 52-weeks as the implications of this merger begin to be priced-in. The company hopes to achieve $500 million in revenue and $900 million in cost synergies once these businesses are fully integrated.

FISV is trading at the upper end of it forward P/E multiple, but the valuation is not outrageous. I think these shares are fairly valued at the moment, but this stock would not make a bad long-term play for your financial portfolio allocation.

FIS closed a $43 billion deal for Worldpay at the end of July 2019. One of the world’s largest ecommmerce and payment tech companies. This combined firm will have over $12 billion in annual revenue and a “best-in-class” portfolio of digital payment solutions for merchants, banks, capital markets.

FIS also just took a majority stake in Virtus Partners, which provides services and technologies to alternative asset managers throughout the lifecycle of an investment.

Financial improvements are already being realized with revenue synergies of more than $30 million and cost improvements of $200 million on an annualized run-rate basis.

This fast integration with quickly realized synergies makes me believe that there could be a more significant upside to these shares moving forward.

Just announced its $5.3 billion acquisition of Plaid in January. Plaid helps to connect financial accounts to applications that manage your finances, such as Acorn and Venmo. 75% of the internet utilizing world uses some sort of Fintech application for money transfers and management, up from 18% in 2015, according to Visa press release.

“Today, one in four people with a U.S. bank account have used Plaid to connect to more than 2,600 fintech developers across more than 11,000 financial institutions,” according to the press release.

Visa is the largest US card payment and processing enterprise and the second largest in the world, behind China UnionPay.

V has driven over 42% share price growth over the last 52-weeks, more than double the broader market’s returns. The stock is also trading at one of its highest forward P/E multiples since the company went public in 2008. 22 out of 24 analysts are calling V a buy right now, but I am hesitant to pull the trigger on due to its valuation run-up. I believe that these shares are fairly valued at the moment.

None the less, I am confident that Visa is well-positioned to be a leader in Fintech in the future and these shares still have long-term upward potential.

Banks still run the financial world, and they have been internally investing in the future of technology. Bank of America (BAC - Free Report) has released a virtual financial assistant (aka AI technology) called Erica that can help manage your money. BAC hopes that “Erica” will be the “Alexa” of the financial universe.

The banking world is already being forced to partner with Fintech and digital payment companies. I expect this trend only to increase as the world progressively digitalizes.

The Fintech space is heating up as this maturing industry begins to consolidate. Scale and diversification will be crucial for the companies that maintain their leadership positions in the industry. The players that I discussed above will continue to grow organically and through acquisitions. I would consider all of these suitable long-term investments for your portfolio’s Fintech allocation.