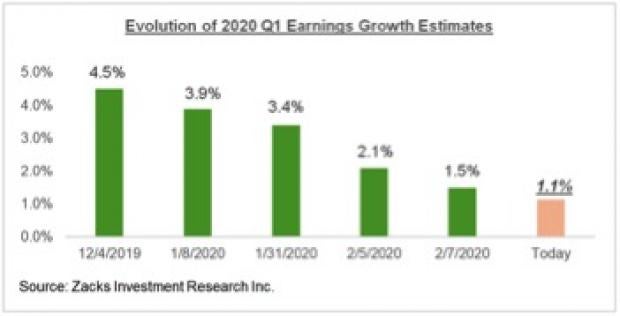 It is totally normal for current-period estimates to be coming down as companies release their quarterly results and the magnitude of negative revisions to Q1 estimates still compares favorably to historical periods. But the additional factor this time around is the Coronavirus outbreak that has clear negative earnings implications, as many companies like Nvidia NVDA, Royal Caribbean (RCL - Free Report) , Starbucks SBUX, Disney DIS and others have publicly acknowledged. The full extent of the virus outbreak will only become clearer over time. We don’t know at this stage whether the outbreak’s negative impact will be a one quarter phenomenon or will it seep into the following periods as well.

This week’s docket of earnings releases include a number of companies whose results can be expected to be significantly exposed to the outbreak. These include logistics operator Expeditors International EXP and cruise line operator Norwegian Cruise line NCLH. 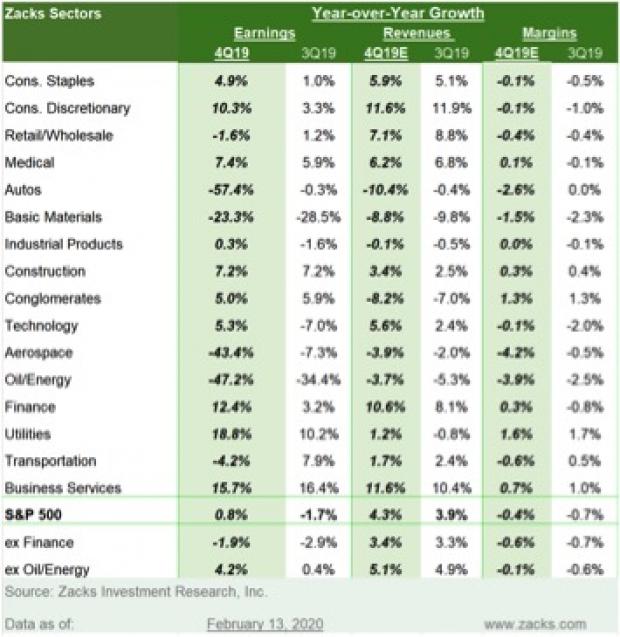 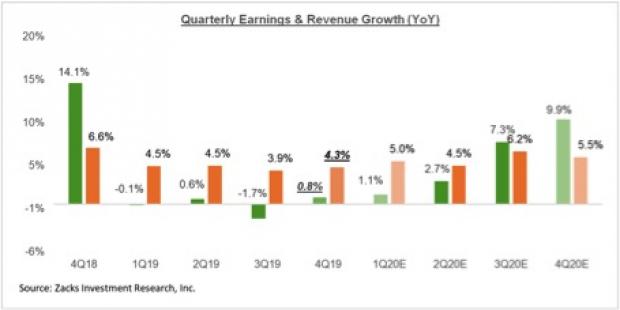