Anheuser-Busch InBev BUD is one of the biggest brewing companies by volume. Following the acquisition of SABMiller in October 2016, the company holds the top spot in the beer industry, controlling about one-third of the global beer market. Its portfolio includes more than 500 brands like Budweiser, Stella Artois, Corona, Beck’s, and Michelob Ultra.

Its key beer segment only saw organic growth of 0.8%

The company blamed the huge demand for hard seltzer drinks for its weak performance, and its U.S. market share fell both in Q4 and fiscal 2019.

"Our performance in 2019 was below our expectations," management explained in a press release, "and we are not satisfied with the results.

Anheuser-Busch, however, is optimistic about the recent launch of Bud Light Seltzer, which, along with Natural Light Seltzer and Bon & Viv, will help it create a niche for itself in the growing hard seltzer market.

Shares of the beer giant are down around 43% over the past six months, and have lost more than 35% in the last one year.

Earnings are expected to see double-digit negative growth for the year, and the Zacks Consensus Estimate has dropped 90 cents for that same time period from $4.29 to $3.39 per share.This sentiment has stretched into 2021, though sales and earnings growth could rebound.

Like many other companies, Anheuser-Busch is facing some challenges because of the coronavirus outbreak; the company said it lost $285 million in revenue, and pre-tax operating earnings in China have taken a $170 million hit. And because of the coronavirus, Anheuser-Busch expects to see the most growth in the second half of this current fiscal year.

For the time being, shifting consumer preferences and rising costs will continue to be a challenge for BUD.

Investors who are interested in adding a consumer staples peer to their portfolio could take a look at Zacks Rank #3 (Hold) ranked The Boston Beer Company SAM, which is seeing double-digit earnings growth and positive estimate revisions for fiscal 2020 and 2021. 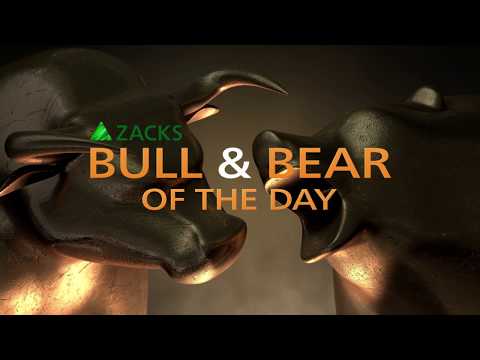