3 Outperformers During this Challenging Earnings Season

Investors were biting their fingernails as this earnings season began during an unprecedented economic shutdown. But now that it’s mostly over… it really wasn’t that bad! Or maybe it’s better to say: it wasn’t as bad as it could have been.

Now, it’s true that most of these quarters accounted for time before the closures began and many companies pulled their outlooks due to all the uncertainty. But we still saw an impressive amount of positive earnings surprises, which showed just how strong the economy was before all this craziness began.

And as importantly, analysts are comfortable in raising earnings estimates, especially since the country is slowly beginning to reopen with a recovery expected in the second half of the year.

In normal times, the EPS Growth, Revisions & Positive Surprises was always a good screen to look at after earnings season. And thanks to the resilience shown in the market of late… it still is!

This screen looks for Zacks Rank #1s (Strong Buys) with upward earnings estimate revisions and positive surprises that are poised to outperform. There are plenty of them, so go to the screen’s homepage for all the stocks that made the list. Below are three names that recently passed the criteria:

Shares of Dropbox (DBX - Free Report) have jumped more than 31% since the coronavirus low on March 23, which means this cloud storage firm is just a little bit higher than its IPO price of $21 from March 2018. While the first two years as a public company has been a bit bumpy, the last two months have shown just how vital a “smart workspace” can be in an unpredictable environment.

Perhaps that’s why DBX just reported its first quarter of GAAP profitability, with total revenue soaring 18% to $455 million. Paying users rose to 14.6 million from 13.2 million in the previous year.

On a non-GAAP basis, earnings per share of 17 cents topped the Zacks Consensus Estimate by more than 21%. That’s nine straight quarters with a positive surprise, which means it hasn’t missed since going public even though its share price is well off its highs.

That may be in the process of changing, though. The Internet Services space is in the Top 17% of the Zacks Industry Rank, as its seen as a part of the stay-at-home economy. Businesses need to keep their figurative doors open at such a crazy time. A smaller company like Dropbox could potentially make headway like never before in this highly-competitive space, which also includes household names like Google and Microsoft.

Analysts certainly like DBX’s potential. They’ve raised estimates for this year and next over the past 30 days. The Zacks Consensus Estimate for 2020 is up 5.7% in that time to 74 cents, while expectations for next year have climbed 4.7% to 90 cents.

Most importantly, analysts currently expect next year’s earnings to grow more than 21% from this year, expecting that many companies (and employees) may not want to go back to the ‘old’ way of doing things even after the pandemic ends. 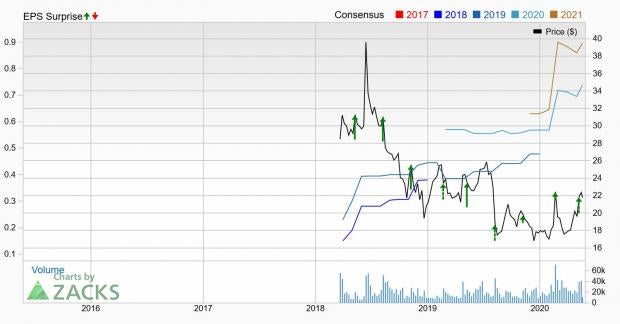 If there’s one thing we don’t want this coronavirus shutdown to do, it’s turn the kids of this country into drooling morons who ‘Netflix and chill’ as soon as they wake up at noon. That’s part of the ‘new normal’ that we’d like to avoid, which is why learning-at-home is just as important as working-from-home.

Chegg (CHGG - Free Report) is one of those companies devoted to helping students stay engaged and learning even though their schools and universities are closed. This Zacks Rank #1 (Strong Buy) started out as an online textbook hub, but it’s evolved into a social education platform that provides tutoring, test prep and much more.

The company’s services were popular before this virus shut everything down, which is evidenced by its 12 straight quarters of positive earnings surprises. But its become pretty much necessary in the last few weeks. As a result shares have soared nearly 85% since the coronavirus low on March 23. Also, its space (Internet – Software) has entered the Top 13% of the Zacks Industry Rank.

CHGG earned 22 cents in its first quarter report, which improved from 15 cents a year-ago while topping the Zacks Consensus Estimate by more than 29%. It now has a four-quarter average surprise of practically 50%!

Revenue jumped 35% from last year to $131.6 million. The result was better than our expectations by nearly 6.5% while extending a winning streak on the topline as well.

The past 30 days have seen analysts make big upward revisions for CHGG. Earnings estimates for this year jumped 15.2% in that time to $1.21, while next year has advanced 10.5% to $1.47. Therefore, we expect earnings growth of 21.5% for 2021 over 2020, which shows the ongoing potential of CHGG even after the coronavirus runs its course. 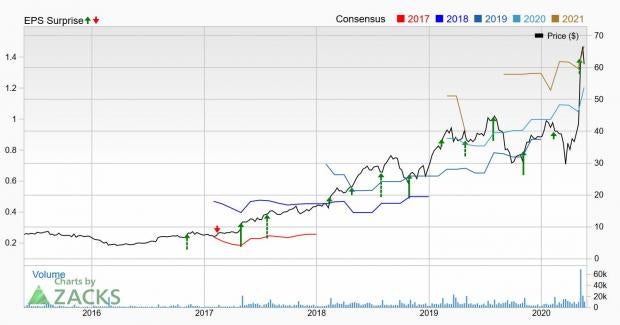 There’s absolutely no mystery why shares of BJ’s Wholesale Club (BJ - Free Report) soared approximately 57% since the coronavirus low on March 23. This membership warehouse club is in high demand during the shutdown, just like its much larger counterpart Costco.

The company operates on the East Coast, which has been a hotbed in this pandemic due to large urban areas like New York City. So BJ’s 218 clubs and 146 gas stations have seen a lot of mask-wearing traffic as its 5.5 million members look to stock up and stay safe while sheltering at home.

Earnings estimates have been jumping since BJ recently reported fiscal first quarter results. The Zacks Consensus Estimate for this year (ending January 2021) is up about 15.7% in just the past 7 days to $2.14. Analysts have enhanced next year’s results (ending January 2022) by 7.3% to $2.05 in the same amount of time.

Earnings per share for the quarter reached 69 cents, which was 165% better than the previous year and ahead our expectation by an impressive 97%. The four-quarter average beat is now north of 26%, and that includes only matching the consensus in the previous quarter.

Revenue of $3.8 billion soared past the previous year’s $3.14 billion. It also blew the doors off the Zacks Consensus Estimate by more than 15%. Same-store sales, excluding gas, were up 27%. Digitally-enabled sales soared 350%.

BJ believes it will be able to continue building on this momentum even after the pandemic is behind us, as it has been investing in its team members and business. 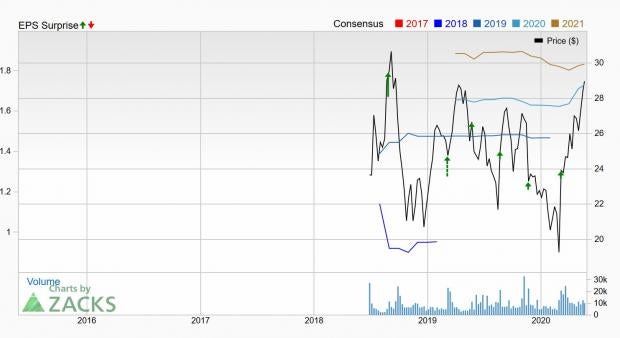 5 Tips to Help You Become a Better Dividend Investor