Bull of the Day: Fastly (FSLY)

Read MoreHide Full Article
Fastly (FSLY - Free Report) is a $4.5 billion provider of infrastructure software and services including cloud computing, image optimization, security, edge computer technology and streaming solutions.
The company is classified as a Content Delivery Network (CDN) like Akamai (AKAM - Free Report) and they both serve the fast growing social media platform TikTok, which helped its privately-controlled owner ByteDance generate $17 billion in revenue last year.
According to a CNBC article by Sam Shead on May 27, TikTok owner ByteDance reportedly made a profit of $3 billion on $17 billion of revenue in 2019, which was a 130% jump over 2018's revenue of $7.4 billion. "The Beijing-headquartered firm released TikTok in 2016 and the app has already been downloaded over 2 billion times," Shead noted.
Serving this monster growth, since its IPO in May 2019, Fastly is on its way to a 43% revenue advance this year with a topline consensus projection of $286 million.
After delivering a beat-and-raise quarter on May 6, FSLY shares have doubled from $23 to $46, exceeding the highest analyst price targets.
The company even pulled off a 6 million share secondary offering at $41.50 in late May and the stock barely peeked below $40!
What has investors so excited?
The Beat
Fastly reported Q1 EPS of (6c) vs consensus of (12c) and Q1 revenue of $63M vs consensus of $59.38M.
Total enterprise customer count grew to 297, up from 288 in Q4 2019. Average enterprise customer spend of approximately $642,000 was up 5.45% sequentially from $607,000 in Q4 2019.
Enterprise customers generated 88% of Fastly's trailing twelve-month total revenue, up from 87% in Q4 2019.
The Raise
Fastly raised their FY20 EPS view to (16c)-(8c) from (43c)-(32c) vs. the consensus of (40c). And they raised their FY20 revenue outlook to $280M-$290M from $255M-$265M, vs. consensus of $259.6M.
Management noted "As we mentioned earlier, we saw continued customer expansion on our platform which was bolstered by increased internet traffic from social distancing measures in Q1. We expect this trend to continue into Q2 and future periods. Despite the current global economic uncertainty, we remain optimistic about the demand for our mission-critical services and the underlying growth of our business. Accordingly, we raised guidance for the full-year 2020. Gross margin will continue to be affected by the timing of personnel and infrastructure investments, along with the seasonal fluctuations of platform usage by our customers. Despite the uncertain economic environment, we remain confident in our ability to deliver incremental annual gross margin expansion as we continue to scale and deliver innovative security and edge computing solutions. Additionally, as we continue to invest in the business in 2020 through global network expansion, we continue to expect annual capital expenditures as a percentage of revenue to be approximately 13% to 14% of revenue - similar to full-year 2018. Longterm, we expect capital expenditures to approach 10% of revenue on a calendar year basis."
The Analyst Estimates, Price Targets and Conjectures
Immediately after the May 6 report, several i-bank analysts raised their estimates with the Zacks EPS consensus rising from a loss of 42c to (22c). And price targets were boosted from the high $20s to the low-to-mid $30s. Here were some typical reactions...
Piper Sandler analyst James Fish raised the firm's price target on Fastly to $31 from $27 and reiterated an Overweight rating on the shares. The earnings call had a lot to like within it, but the biggest "mic-drop" was Fastly winning one of the largest e-commerce vendors, says Fish, who believes it to be Amazon (AMZN - Free Report) . Additionally, Fastly's exposure to struggling verticals is less than 10% and live sporting events are also relatively immaterial, adds the analyst. Fish continues to see 2020 as the "Year of the CDN", with Fastly as one of the biggest beneficiaries.
Oppenheimer analyst Timothy Horan raised the firm's price target on Fastly to $32 from $27 and kept an Outperform rating on the shares. He noted the company reported a "strong" Q1 and increased revenue guidance by 10% with "strong confidence" in sustainable high-profit growth.
And Craig-Hallum analyst Jeff Van Rhee raised the firm's price target on Fastly to $36 from $29 following a "wow" quarter and guide.
But on June 3, and after the Fastly $250M raise, DA Davidson analyst Rishi Jaluria raised the firm's price target on Fastly to $55 from $33 following his virtual investor meetings with management. The analyst shared that the discussion revolved around an "unusual bump in traffic" through the end of Q2 as well as the company's confidence in being well-positioned amid a digital acceleration.
Jaluria added that he is positive on Fastly's edge computing in terms of its improved speed, scalability, and security. Edge computing is a distributed computing paradigm that brings computation and data storage closer to the location where it is needed, to improve response times and save bandwidth.
Bottom line on FSLY: The platform is on fire because of the pandemic-induced "remote economy" and the flaming success of TikTok. I would buy the dips under $40.
Biggest Tech Breakthrough in a Generation
Be among the early investors in the new type of device that experts say could impact society as much as the discovery of electricity. Current technology will soon be outdated and replaced by these new devices. In the process, it’s expected to create 22 million jobs and generate $12.3 trillion in activity.
A select few stocks could skyrocket the most as rollout accelerates for this new tech. Early investors could see gains similar to buying Microsoft in the 1990s. Zacks’ just-released special report reveals 8 stocks to watch. The report is only available for a limited time.
See 8 breakthrough stocks now>> 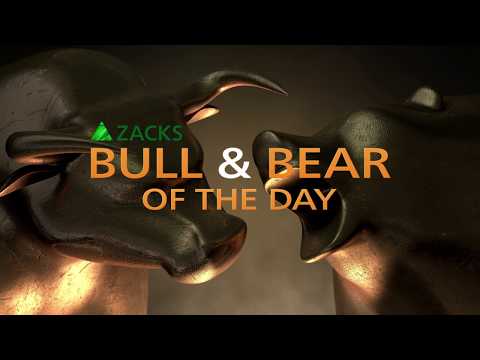 Bull of the Day: Baozun (BZUN)