Based in Harrisburg, PA, Ollie’s Bargain Outlet (OLLI - Free Report) is a popular discount retailer that sells a wide range of products under the Ollie’s, Ollie’s Army, and Good Stuff Cheap, among others. As of this past May, the company operates 360 outlets in 25 states.

Even though comparable-store sales declined 3.3%, it was much better than the 8.5% decrease expected by analysts.

President and CEO John Swygert said the company “saw comparable sales turn positive following steep declines mid-quarter, coinciding with the arrival of stimulus checks in addition to our communications to customers that we remain open and have great deals on items they need. The inflection in our comp trend clearly demonstrates our ability to pivot quickly and respond to changing customer demands.”

Year-to-date, shares of OLLI are up about 48% compared to the S&P 500’s 4.6% decline. Earnings estimates have been rising too, and Ollie’s is a Zacks Rank #1 (Strong Buy) right now.

For the current fiscal year, six analysts have revised their bottom-line estimate upwards in the last 60 days, and the Zacks Consensus Estimate has moved up 35 cents to $2.24 per share; earnings are expected to increase 14.3% compared to the prior year period. 2021 looks strong as well, and earnings are expected to continue double-digit year-over-year growth.

Because Ollie’s sells essential and discretionary items, it’s a company that can benefit in a recessionary and volatile market environment. Consumers, especially the many that are still laid off or furloughed, are looking to stretch their dollars further, and a business like Ollie’s can be especially helpful in these times.

If you’re an investor searching for a retail stock to add to your portfolio, make sure to keep OLLI on your shortlist. 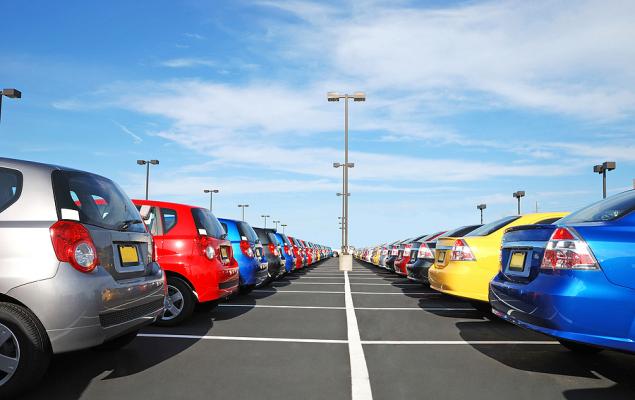