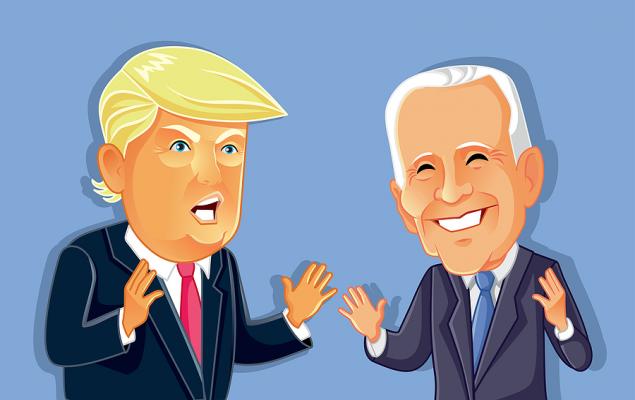 Chances are rising that the blue wave of Democrats will take control over the House and Senate in November. Democratic presidential candidate Joe Biden now has better chances of winning the November election, according national polls and forecasts.

The Democratic contestant is almost 10 points ahead of Trump in FiveThirtyEight's average of national head-to-head surveys, and steadily remains ahead of the President in key swing states like Florida, Michigan and Arizona, per a newsweek.com article.

One poll from Monmouth University issued on Jul 2 put Biden 12 points ahead of Trump nationwide. Biden currently has the support of 53% of voters and Trump has 41% Americans backing him. According to The Economist election forecast, Biden has about 90% chances of winning the electoral college and an astounding 98% probability of winning the popular vote in just four months remaining to the election(read: Blue Wave to Hit America? Sector ETFs to Win or Lose).

Against this backdrop, many may feel anxious about the future of the sectors and investing areas that won during the Trump administration. One such area is small-cap stocks. But surprisingly enough, one may see that the small-cap space is ready to stay strong no matter who wins the race to the White Race. Let’s tell you why.

Trump’s “America First” slogan is known to everyone. He intends to bring back foreign jobs to America, which in turn boosted small-cap U.S. stocks. This is because small-cap stocks have more domestic exposure and are unravelled by volatilities in foreign markets. Increased activities in the domestic economy make the group a winner.

As a result, the initial phase of the Trump rally led small-cap stocks to fare better than the S&P 500, the Nasdaq and the Dow Jones. Since Election Day, the small-cap Russell 2000 Index has made extraordinary gains, marking its best run since 1996.

Democratic candidate Joe Biden is proposing comprehensive new uses of the federal government’s regulatory and spending power to bolster U.S. manufacturing and technology firms. Biden calls for a $400 billion, four-year increase in government purchasing of U.S.-based goods and services plus $300 billion in new research and development in U.S. technology concerns, per a CNBC article.

What Lies Ahead of Small-Cap ETFs in the Virus Situation?

Having said this, we would like to note that coronavirus situation may weigh on the small-cap segment. This segment is highly volatile and relatively cash-strapped. News of economic reclosing in coronavirus-ravaged states, particularly California, are also likely to hurt the segment in the near term. However, if the virus situation is handled and treated well, the outcome of the presidential election should not be a deterrent in the coming days.

Below we highlight a few small-cap ETFs that have stayed steady in the past four-week period. These funds are: