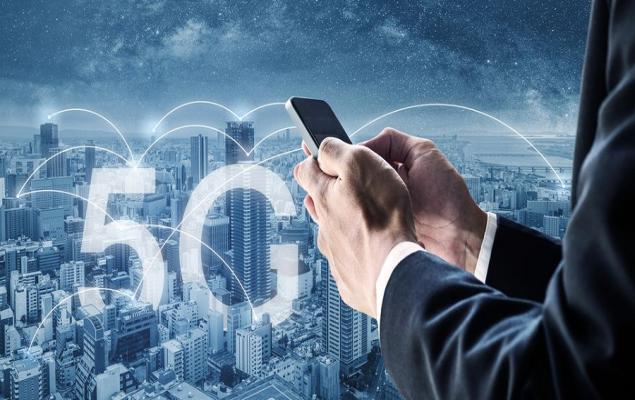 Investing in the Coming Data Revolution

But those promises, and most of the public’s awareness of 5G, are coming from commercials, which always seem to be boasting about the “next big thing” in tech. So what exactly is 5G, why do we need to replace 4G, and just how much better will these new networks be?

There are some hard-and-fast things that investors need to consider. First, this is going to be a massive business. According to IHS research, 5G will have global economic impact through 2035—meaning that its deployment will inspire growth around the world for more than a decade and a half.

By then, about $12.3 trillion worth of goods and services will be enabled by 5G networks, nearly 22 million jobs will be created by labor force demands related to 5G, and the new network will have contributed approximately $3 trillion to global GDP.

This type of expansion should be enough to interest even the least tech-savvy investor. But before one looks to add 5G exposure to their portfolio, they should understand more about how the network will work and what industries will benefit directly from its rollout.

Imagine buying Microsoft stock when people first started using PCs to access the internet. Or Amazon in the early days when it built the foundation of the retail juggernaut it is today. Those investments in world-changing companies could have been life-changing for you.

Today, we’re looking at a new technology that could transform the world as much as the invention of the internet. Our research shows that 3 stocks could skyrocket as leaders in this space. Early investors can still get in ahead of the surge – and the potential profits are staggering.


Let’s examine these topics to create a brief overview of how to invest in the 5G industry.

What The Heck Is 5G, Anyway?

The term “5G” is simply a short version of “5th generation mobile networks.” Industry standards have been denoted using their numerical signifier and the letter “G” since they’ve existed, with the current version being, of course, 4G. There are also descriptors such as “LTE” that indicate improvements over previous standards which do not qualify as entirely new generations.

The actual requirements for 5G are not quite finalized yet, but the ITU has said that will need to facilitate speeds up to 20 gigabits per second. That’s equal to 125 megabytes per second, or about 20x the maximum speed of the most powerful 4G connections.

To accomplish this, 5G will utilize low frequency waves as well as millimeter waves (mmWave), which are basically untapped spectrum for communication purposes. These waves are low-range frequencies and were previously considered impractical for telecom networks. However, they have a much higher bandwidth and should be able to power close-knit webs of connections.

This speaks to the necessity of 5G. New generations only come along when the industry demands it, and that typically coincides with a shift in use. Take 4G, for example. This generation was rolled out about 10 years ago, just as smartphones were becoming ubiquitous and consumers needed speedy, reliable connections to send multimedia messages, access social media, stream video, and take the desktop computer experience on the go.

Now, 5G is needed to help usher in the next wave of human-technology interaction such as the Internet of Things. People aren’t just talking to other people these days; they’re communicating with a growing number of connected devices in their homes, offices, and even their communities. 5G is the technological infrastructure that makes a future of autonomous vehicles, smart cities, and artificial intelligence possible.

One of the primary industries working to enable 5G technology is semiconductor manufacturing. Chipmakers are spending a combined $200 billion a year on investments in 5G, according to recent IHS data.

The potential for 5G to spark immeasurable growth in this industry is one reason why so many investors remain bullish on chip stocks. The semiconductor sector has already soared over 60% from its March lows and with the iShare S&P Semiconductor ETF (SOXX) continuing to hit new all-time highs, defying the recession in which we find ourselves. The intense demand for 5G-enabled devices could keep the momentum going for a long time.

Telecoms Coming Out on Top

Beyond mobile hardware, telecoms will play the most important role in the deployment of 5G. These are also the companies leading the charge in terms of marketing 5G, as you have likely already seen. So far things have been somewhat gimmicky—or downright misleading, in some cases—but all of the mobile telecom giants have now switched on their 5G networks in markets across the U.S.

Now that 5G handsets have hit the shelves, the race is just getting started for the telecoms. These companies are maneuvering to ensure that their 5G networks will be the fastest, largest, and most reliable, just as they would on any other day. There’s just another swath of potential in front of them as users grow accustomed to the faster speeds and start to demand more from their providers.

Where the Biggest Opportunities Are

Smartphones are just one part of the new data revolution. But 5G is much more. It is the key that will unleash the power of many other groundbreaking technologies, such as the Internet of Things, artificial intelligence, and more. According to industry analysts, the emergence of 5G networks will start “the 4th industrial revolution.” The resulting opportunities for investors could be tremendous, especially for those who get in early.

Our team of experts here at Zacks has just released 5G: Top Stocks for the $12 Trillion Data Revolution, a special report revealing 3 companies at the forefront of this developing technology. Their stocks could skyrocket as 5G networks continue to expand into new markets in the months ahead.

Now is an ideal time to get started. There’s no question 5G cause explosive growth in multiple sectors. The sooner investors get in position, the more profits they stand to gain.

The report will only be available until Sunday, August 9. I encourage you to download it now.

Click Here to Claim Your Copy of the 5G: Top Stocks Special Report >>

Daniel Laboe is an investment expert with a focus and passion for tech, previously working at a Fortune 50 company as a financial analyst and a trader for a Chicago-based proprietary trading firm. 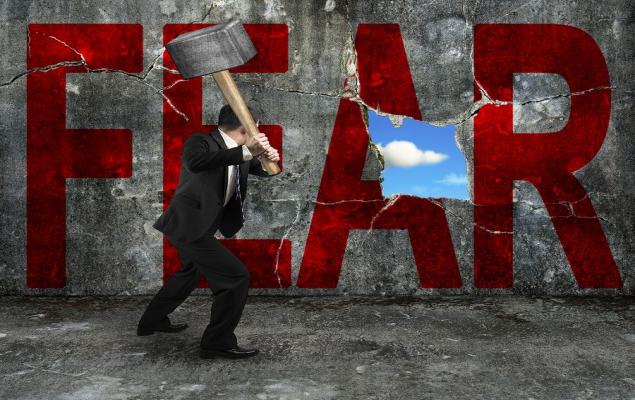 Be Greedy When Others Are Fearful