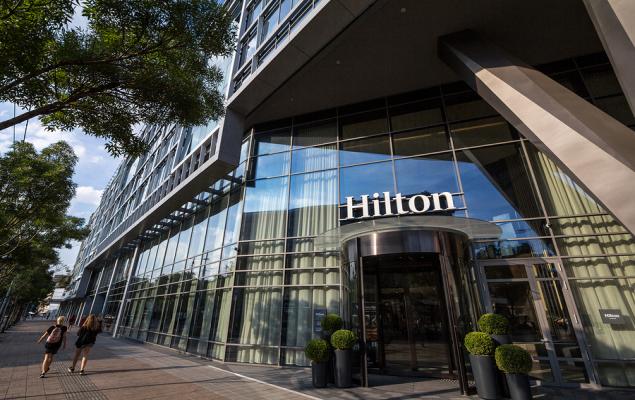 The company announced that its second-quarter results were materially impacted by the coronavirus pandemic. However, with restrictions lifting and properties reopening, the company remains optimistic about recovering over the upcoming periods.

In the quarter under review, Hilton’s adjusted loss per share came in at 61 cents, wider than the Zacks Consensus Estimate of a loss of 34 cents. In the prior-year quarter, the company reported adjusted earnings of $1.06 per share.

Quarterly revenues of $564 million missed the consensus mark of $597 million by 5.5%. The top line also declined 77.3% from the year-ago quarter. Both top and bottom lines were negatively impacted by the coronavirus outbreak.

In the quarter under review, system-wide comparable revenue per available room (RevPAR) slumped 81% on a currency-neutral basis due to a decline in occupancy, and management and franchise fee revenues. The downtrend can be attributed to decrease in travel and tourism along with partial suspension of hotel operations due to the pandemic.

During the quarter, management fee and franchise and licensing fee revenues were down 77%. Adjusted earnings before interest, taxes, depreciation and amortization (EBITDA) were $51 million compared with $618 million in the prior-year quarter.

As of Jun 30, 2020, cash and cash equivalent balance (inclusive of restricted cash) amounted to $3,575 million. The company had $10.6 billion of long-term debt outstanding, excluding deferred financing costs and discount, with a weighted average interest rate of 3.91%.

Following the suspension of share repurchase program and dividend payouts in March, no transactions were made during the second quarter (ended Jun 30, 2020). Notably, the company has $2.2 billion under its stock repurchase program.