Inflation Coming? 12 Charts You Must See to Believe

The stock market has displayed an amazing recovery this year after the pandemic-induced economic shutdown.

In fact, new highs led by mega-cap tech companies like Amazon, Microsoft and Apple have driven the ratio of US stock market capitalization to GDP to a record 177%.

In the video that accompanies this article, I show the relevant data and charts which explain what is going on, including the source of such measures based on a little-followed monster index called the Wilshire 5000, which is currently worth over $34 trillion vs. US GDP slipping under $20T.

The recent surge in market valuation vs GDP is astounding, and probably has old-time value investors like Warren Buffett gasping for breath.

I also show the charts that explain where a lot of the support for financial assets is coming from: the Federal Reserve and US government via fiscal stimulus efforts.

It seems like it was only a year ago when we wrung our investment hands about the central bank's balance sheet still sitting near $4 trillion. Now we are watching that account increase by over 75%, as the Fed now owns $4.3 trillion in Treasury securities and started the stunning precedent of buying corporate bonds.

One big question this raises is how many corporate bonds have they already purchased... is it already over $2 trillion?

The chart I forgot to show in the video was the iShares iBoxx Investment Grade Corporate Bond ETF (LQD - Free Report) , which has "soared" 10% to new record highs in just four months -- an unusual thing to say for 1,000 blue-chip corporate bonds -- since early April when the Fed introduced this new form of Wall Street welfare.

And since even so-called "junk bonds" with ratings of BB or less play on the same ephemeral field as other corporate bonds -- and we don't know the Fed's exact "to buy, or not to buy" criteria -- the SPDR High Yield Bond ETF (JNK - Free Report) has rallied nearly 13% in the same period.

Then There's the Borrowing Power of Congress

Meanwhile the nations's annual deficit spiked from a "normal" annual run-rate of $500 billion in early March to over $2.8 trillion this month.

As the White House and Congress approve new spending bills to help the country deal with the economic shutdown shock and mass unemployment, they have to issue a lot of new Treasury notes and bonds to fund the extra relief programs, including PPP loans to small and medium-sized business.

And with more fiscal stimulus on the way for the unemployed and business payroll loans, the CBO is projecting that the final 2020 federal deficit tally could hit $3.7T.

Be sure to watch the video to see that amazing chart of the deficit spike that absolutely zero economists saw coming!

So Where's the Inflation?

We definitely don't see inflation rising in typical commodity measures like gasoline at the pump. Demand got destroyed there.

But as always, we notice it at the grocery store, even if the Fed says that inflation remains subdued under 2%.

One place that the "inflation rush is real" is in gold, as the SPDR Gold Shares ETF (GLD - Free Report) rallied over 30% from April into early August.

This of course has much to do with the value of the US dollar in terms of other asset classes and versus the euro currency. As I've said for 20+ years during my days as an FX market maker for banks and hedge funds, "It's all relative -- and the dollar can't crash unless the euro soars."

So gold will do well in short-term bouts, but it can only go so high when real assets are still valued in dollars and euros.

More details on that view in the video where I talk about the "total wealth base of the economy" as per the great Reagan economist John Rutledge.

Finally, when I decided at 9am this morning (Wednesday) that this would be the topic for Cook's Kitchen, I dialed up my two most in-the-know colleagues on all things inflation -- and food especially -- Tracey Ryniec and Jeremy Mullin.

Because one of the things I got wrong this spring was about meat prices and the surviv-ability of restaurants like Chipotle (CMG - Free Report) as slaughter houses were shuttered and livestock were being euthanized en masse.

I thought that prices for quality meat would soar and it didn't happen. Thus CMG was able to soar to record highs above $1,100 as they adapted to the pandemic economy with innovative supply chains and fast-service delivery options.

Tracey Ryniec, who covers restaurants closely, told me "The only restaurants doing well right now are those that have delivery and are doing it well. That’s Wingstop and Domino’s. Chipotle launched an app and pick-up and has some drive-through and they’ve been killing it too. Plus, their launch of cauliflower rice and new drinks has helped them."

She was also looking forward to reports from Brinker-owned (EAT) Chili’s and Magianno’s and Olive Garden or Cheesecake Factory. Many of these have been hard hit as they depended on mall traffic. Tracey also noted that "few have outdoor dining and they can’t cram them inside."

This jives with what Tracey heard and posted on Twitter from a CNBC interview with restaurateur Tilman Fertitta on Tuesday...

@TraceyRyniec: "Tilman Fertitta on CNBC: Just because you throw a few tables out on the street it doesn't mean you can survive (refers to the big NY steak houses). Can't pay the rent."

Now here's what Jeremy told me he's been seeing in the commodity food markets where he specializes with his Commodity Innovators portfolio...

"I'm seeing cocoa and coffee prices higher these last few weeks, but not sure if it's sustainable and I think that's more about supply chain issues with virus stuff. Grains have too much supply, but Iowa storms could help price.

"During spring, the meats were over-supplied and had no demand. I heard that farmers were selling full pigs in downstate Illinois for $50, you just had to do the butcher work. If they couldn't sell they had to euthanize.

"Price didn't go up that much on slaughterhouse closures because there was no demand and a bunch of supply still. So it was more about short-term logistics, which the market adjusted to quickly. Once a house would get closed down, pigs or chickens would just be sent to the next closest region.

"I don't think the meats can get going until the restaurants open up and then some pent-up demand could hit the new supply levels -- which are lower now since farmers have adjusted."

Jeremy's analysis here for the past few months has been spot on. One way to track the potential price inflation for meat (beef and pork) is through the iPath Series B Bloomberg Livestock Subindex Total Return ETN (COW - Free Report) .

We covered a lot of ground in this article, but my video clearly makes the point that Federal stimulus is fueling lots of stock market risk appetite.

The question that remains is whether this financial asset inflation will spill over into commodity and consumer markets, where it hits so many citizens surviving on unemployment benefits, at the grocery store.

I'll do an update on this story, with more current inflation data, in September after we've seen the effects of less Federal stimulus on the consumer.

Kevin Cook is a Senior Stock Strategist for Zacks Investment Research where he runs the Healthcare Innovators portfolio. 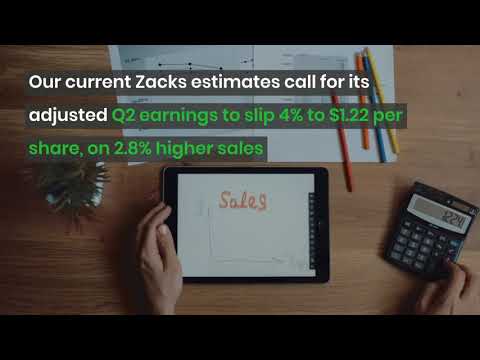