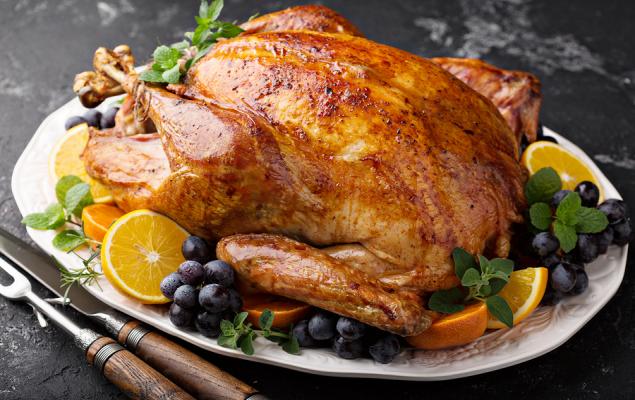 More than 30 million Americans have become jobless during the pandemic. Although first-time claims for unemployment insurance last week fell below 1 million for the first time since Mar 21 in a sign that the labor market is continuing its recovery from the coronavirus pandemic, the crisis is far from over.

However, restaurants and cafes in the United States are swimming against the tide and have started hiring, even as new coronavirus cases continue being reported. The reopening of economies and resumption of businesses are the main drivers of new jobs in the space. Needless to say, this hints at the growing demand for restaurant and cafe products.

Domino's, Chipotle & Others on Hiring Spree

The number of Americans who filed new claims for unemployment benefits last week totaled 963,000, the Labor Department reported. This represented a decline of 228,000 from the previous week’s total. However, jobless claims totaled more than 1 million for 20 consecutive weeks as the U.S. economy went into lockdown to contain COVID-19. This reflects how businesses continue to suffer even after the reopening of economies.

Surprisingly, the restaurant industry is in good shape despite the battering it took in March and April. On Aug 17, Domino's Pizza, Inc. (DPZ - Free Report) said that it will hire more than 20,000 positions, including delivery experts, pizza makers, customer service representatives, managers and assistant managers. The company also said that its stores across the United States have implemented several precautions on cleanliness, sanitization and contactless service based on advice from federal, state, and local health and safety officials.

Earlier this month, Chipotle Mexican Grill, Inc. (CMG - Free Report) announced that it will hire another 10,000 employees in the coming months as its sales rebound. The fast-casual brand, known for its Mexican-inspired bowls and burritos, has already added 8,000 of the 10,000 employees it targeted in its last major hiring spree in May after states started easing restrictions.

Massive hiring across restaurants over the past couple of months is primarily being driven by higher sales. Restaurant and food service sales totaled $47.4 billion in June, marking the second straight month of growth after sales hit a low of $30 million in April, according to the National Restaurant Association (NRA). Total restaurant sales in May were $39.5 billion. The jump in June came after a dismal March and April when restaurants missed out on the expected $116 billion in total sales due to the coronavirus-induced lockdown.

Roughly 50% of 12.3 million restaurant and bar workers employed in February lost their jobs in March and April, making the industry one of the hardest hit by the pandemic. However, things started changing with states reopening and, according, to the Labor Department, hotels and restaurants rehired 763,000 workers in May.

Papa John’s International, Inc. operates and franchises pizza delivery and carryout restaurants in the United States and other specific international markets. Its dine-in and delivery restaurants operate under the brand name Papa John’s.

The company’s expected earnings growth rate for the current year is 19.6%. The Zacks Consensus Estimate for current-year earnings has improved 15.7% over the past 60 days. Papa John’s carries a Zacks Rank #1.

The company’s expected earnings growth rate for next year is 19.2%. The Zacks Consensus Estimate for current-year earnings has improved 16.5% over the past 60 days. Jack In The Box carries a Zacks Rank #2.

The company’s expected earnings growth rate for the current year is 1.3%. The Zacks Consensus Estimate for current-year earnings has improved 76.7% over the past 60 days. El Pollo Loco holds a Zacks Rank #2.

The company’s expected earnings growth rate for next year is more than 100%. The company’s shares have gained 34.8% past 30 days. Chuys Holdings sports a Zacks Rank #1.

Carrols Restaurant Group, Inc. (TAST - Free Report) is the largest Burger King franchisee in the U.S., with over 800 restaurants and has operated Burger King restaurants since 1976.

The company’s expected earnings growth rate for next year is 7.1%. Its shares have gained 40.7% in the past 30 days. Carrols Restaurant has a Zacks Rank #2.