Cree Inc. (CREE - Free Report) reported non-GAAP loss of 18 cents per share for fourth-quarter fiscal 2020, which was narrower than the Zacks Consensus Estimate of a loss of 20 cents. Notably, the company had reported earnings of 11 cents per share in the year-ago quarter.

Revenues were $205.7 million, which surpassed the consensus mark by 3.5%. However, the top line fell 18% year over year on declining Wolfspeed and LED Products revenues.

Wolfspeed revenues declined 19% year over year to $108.4 million, accounting for 53% of total revenues. The downside was due to supply constraints. The company's Wolfspeed segment's products comprises power devices and RF devices, and silicon carbide (SiC) and gallium nitride (GaN) materials. In materials domain, deferred shipments and weaker demand impacted revenues in the fiscal fourth quarter. Strength in the power and automotive business, and improved sales of RF devices failed to offset the decline in revenues.

Management is banking on synergies from partnership with Arrow Electronics (ARW - Free Report) , and incremental adoption of SiC products in new applications.

The company’s expertise in SiC technology and expanding clientele despite coronavirus-induced business headwinds is instilling confidence in the stock. Shares of Cree have returned 48.3% year to date, compared with the industry’s growth of 21.1%. 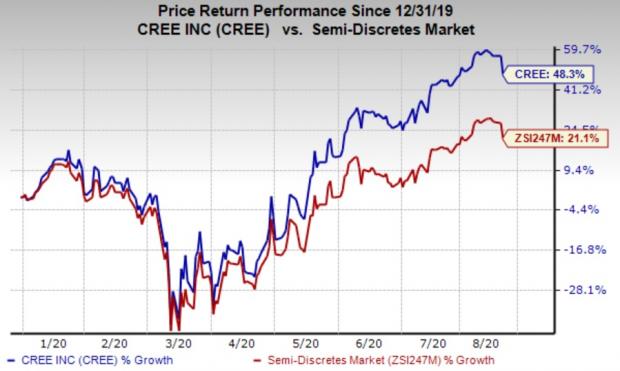 Non-GAAP operating loss during the quarter was $28.3 million against operating income of $9.9 million in the year-ago quarter.

During the fiscal fourth quarter, cash provided by operating activities was $10.5 million compared with $27.7 million cash utilized in the prior quarter.

The company reported loss per share of 45 cents in fiscal 2020, narrower than the Zacks Consensus Estimate of loss of 48 cents.

For first-quarter fiscal 2021, Cree expects revenues in the range of $203 million to $217 million. The mid-point of the guided range of $210 million is higher than the Zacks Consensus Estimate. The figure is currently pegged at $205.6 million.

Some better-ranked stocks in the broader sector are Apple (AAPL - Free Report) and Blackbaud (BLKB - Free Report) , both flaunting a Zacks Rank #1 (Strong Buy), at present. You can see the complete list of today’s Zacks #1 Rank stocks here.

Long-term earnings growth rate for Apple and Blackbaud is currently pegged at 10.7% and 7.6%, respectively. 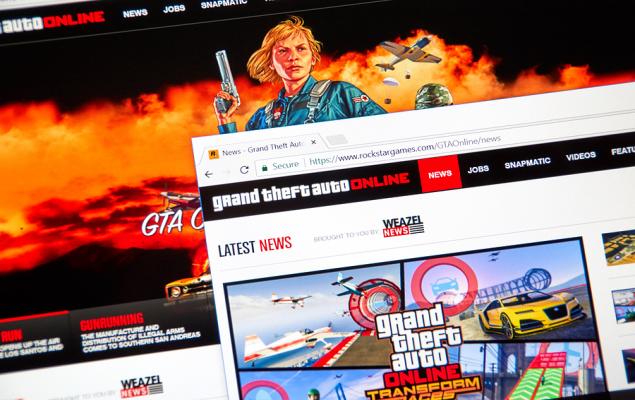