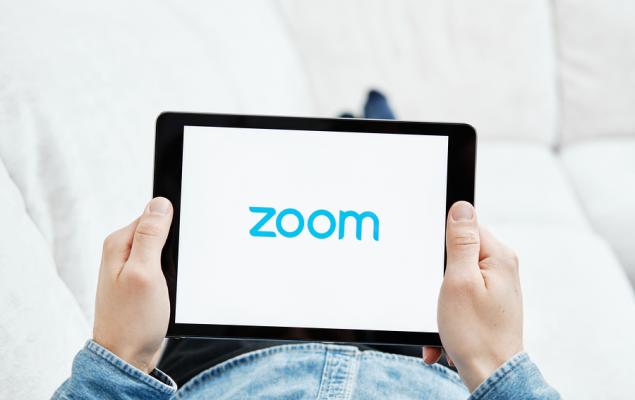 User Base Jumps in Q2

As anticipated, Zoom Video benefited from the coronavirus-induced work-from-home and online-learning wave.

While ExxonMobil chose Zoom Video as its unified communications platform, Activision Blizzard committed to a full-enterprise rollout of Zoom Meeting and Zoom Rooms to replace its mix of legacy video-conferencing products.

Zoom Video also expanded its presence in ServiceNow (NOW - Free Report) . During the quarter, the companies announced a commitment to use each other’s technology solutions to make the work-from-anywhere experience better.

Non-GAAP gross margin in the quarter under review was 72.3%, significantly down from 82.2% reported in the year-ago quarter.

Moreover, sales & marketing (S&M) expenses as a percentage of revenues were 18.5%, significantly down from 47.2% reported in the year-ago quarter.

Remaining Performance Obligation (“RPO”) was $1.42 billion, up 209.2% year over year. The company expects to recognize nearly 72% or $1 billion of the total RPO as revenues over the next 12 months.

During the reported quarter, the company launched Zoom Hardware as a Service (“HaaS”). Notably, Zoom HaaS offers customers a variety of subscription options for phone and meeting-room hardware from leading hardware manufacturers.

Moreover, the company’s Zoom Phone was authorized under the FedRAMP program. This now enables federal agencies to use Zoom’s unified modern cloud solutions.

In August, Zoom Video announced the expansion of Zoom for Home to smart displays including Amazon Echo Show, Portal from Facebook, and Google Nest Hub Max. While Zoom on Portal is expected to be available publicly in September, Zoom on Echo Show and Zoom on Assistant-enabled Smart Displays, including Google Nest Hub Max, are expected to be available by the end of 2020.

For third-quarter fiscal 2021, Zoom Video expects revenues between $685 million and $690 million. Non-GAAP income from operations is expected between $225 million and $230 million. Moreover, non-GAAP earnings are expected in the73-74 cents-per-share range.

For the full fiscal, Zoom Video now expects revenues between $2.37 billion and $2.39 billion (up from the previous revenue guidance of $1.775-$1.8 billion). The company expects fiscal gross margin to be similar to second-quarter reported figure.

Moreover, management expects churn rate to increase particularly within customers with 10 or fewer employees, which currently comprises 36% of revenues.

Further, Zoom Video expects operating margins to decrease from the second-quarter level over the balance of this year due to increased hiring and spending.